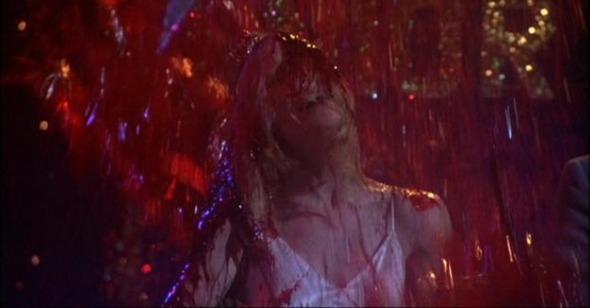 The questions surrounding any symposium or retrospective focused on one topic or filmmaker should always be: Why and why now? So, why De Palma? He certainly hasn’t been met with anything resembling indifference in the past; and recently, he hasn’t been wanting for attention, even if his films eternally are. Our friends over at Slant magazine devoted quite a bit of space to his work this past summer, and following hot on its heels, A.O. Scott wrote a sizable reflection on the filmmaker’s eternally debated career. We’d been planning on doing a De Palma issue for quite some time, hoping for it to coincide with the release of his The Black Dahlia, but come September, with all this print and web discourse, we were ready to hang up our hats on the subject. Yet the idea kept nagging at us. The continuing support of our writers for the idea—even those who would resolutely not call themselves De Palma fans—finally tipped the scales. It had to be done.

In the end, it’s perhaps this potential for conflict that was the impetus—a wider consideration of De Palma’s love it or hate it (or more appropriately: French kiss it or spit on it) career required a broader spectrum of critical analysis, and a more tempered contrast between worship and dismissal. With all due respect to Slant’s incisive writings, their "Auteur Fatale" collection was largely denied the plurality of voices such an endeavor necessitates. But still, regardless of his contentious placement in the cinematic canon (he seems to be both firmly entrenched in Hollywood yet also cast off into the wilderness of idiosyncratic auteurdom), why De Palma? It seems to us increasingly true, especially with a new generation of film critics and writers showing him as much consideration as the one before, that De Palma represents a particular type of personal filmmaking that continues to divide film watchers: A cinephile’s aesthetic or intellectual identity can be formed by his or her resistance to or alignment with De Palma’s sensibility.

His ardent supporters have thrown down the gauntlet since day one, with Pauline Kael’s praise mutating into Armond White’s outsized idolatry. Meanwhile, his detractors have claimed “style over substance” as far back as 1963’s The Wedding Party, while his legions of admirers either unabashedly embrace that style or try to recoup it as the result of a greater morality. For one viewer, The Fury embodies nothing more than a gaudy shocker deeply immersed in its own genre hack and slash, while for another, its slo-mo bloodletting carries with it a spiritual heft. The moralist vs. the misanthrope. True, his filmic interrogations sometimes reach dead ends, but they just as often open up film’s possibilities as ever-expanding, regenerative texts.

Those who disavow his aesthetic deny there's anything behind it, using his failures as evidence. In a career as long and winding as De Palma’s (over forty years of filmmaking), there are certain to be a handful of career troughs, but too often films like Snake Eyes, The Untouchables, and The Bonfire of the Vanities are trotted out as easy evidence of a lesser filmmaker. We feel that his bizarre early works and his late Seventies-early Eighties “classic” period, where no film was too sacred for scavenging (the dawn of the age of home video, and the endless reproducibility of film had arrived), are too little discussed in the overall context of his works.

Detractors argue his career has been marred by being too upfront and repetitive, too focused on voyeurism and reconfiguring Hitchcock, too concentrated on ornate camera movements and angles, but then there’s a certain amount of (largely unfair to these eyes) snobbery amongst the cognoscenti in the face of a body of work so intent on emphasizing the less noble, less artistic ends of the medium. Dragging cinema through the gutter isn’t particularly validating for folks who bank on elevating entertainment each week in 800 words or less, but De Palma’s focus on the tawdry and cheap, and his wanton sacrilegious pillaging of cinematic history, might make him, paradoxically, one of its truest chroniclers. How his constant copying and pushing of the Hitchcock model (at times in directions we’d bet the master would have wanted to go if not for the strictures of his day) represents a lesser cinematic act remains beyond us. And to those who would complain that his films evince a singular lack of humanity, we’d answer: “So what?” That’s why we have Pialat, Rossellini, Renoir, or Leigh.

There have also been charges of misogyny, especially vehement since the days of Dressed to Kill. But it was Godard (an early model for our man) who offered, “The history of cinema is the history of boys photographing girls.” By that token, again, De Palma works to heighten the latent anxieties and contradictions of classical cinematic narrative for the benefit of enlightenment through sometimes aggressive degradation. Films like Hi, Mom!, Body Double, and Femme Fatale push boundaries of seediness that Scorsese’s “underworld” pictures never imagine attempting. Brian De Palma could never have made The Departed—it’s too immediately exciting and cleanly pleasurable. Instead, this year he gave us a twisted fable from the heart of the image factory.

In this issue of Reverse Shot, even De Palma’s detractors give him due consideration. It’s the contradictions among the writers that are most stunning here: One states that tragedy is “De Palma’s specialty,” while, right next door, another remarks that the filmmaker has “no deep sense of the tragic.” A fairly gaping chasm in critical response. Further oppositions reveal themselves in our double takes on three of his films—Blow Out, Femme Fatale, and his most recent and unsurprisingly polarizing The Black Dahlia—not merely in pro/con formulas, but in differing philosophical and artistic criteria.