Sarah Fonseca is a film writer living in New York City whose reviews and essays have appeared in cléo: a journal of film and feminism, IndieWire, The Los Angeles Review of Books, and Vague Visages. 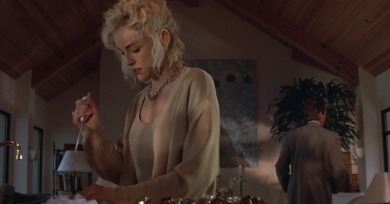 Paul Verhoeven’s psychosexual hall of mirrors remains worthy of a steel-plated prize for the best use of a kitchen utensil in a motion picture . . . Basic Instinct finds both men and women culpable in a time-honored mating game that has no clear rules barring the foolhardy pursuit of pleasure. 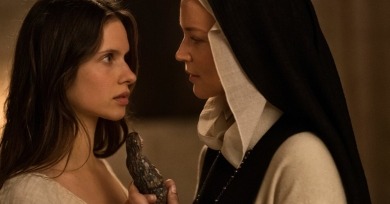 Verhoeven wants us to know who the real perverse parties are here, and he avoids charges of blasphemy in Benedetta by mining the history of the Catholic Church in rigorous, drippy excess. Also reviewed: Anais in Love, Bergman Island, Small Body, Three Floors. 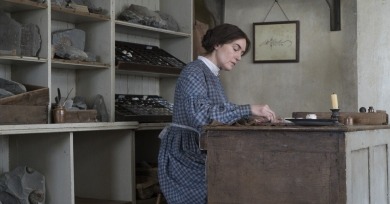 It comes as a relief that Francis Lee is not a punishing filmmaker. We are not made to observe Mary living out these well-documented instances of discovery and loss onscreen. Nor are we inclined to reduce her life to a quest for notoriety, foiled by Victorian paternalism. 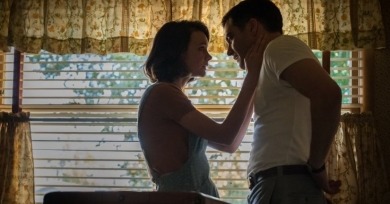 A 1959 postapocalyptic melodrama with Harry Belafonte and a recent domestic portrait set in 1960 have this week’s pair of writers thinking about displacement in America. 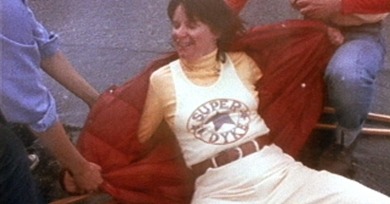 Barbara Hammer, Superdyke
By Sarah Fonseca | July 19, 2019
At the Museum

Hammer craved ancestral knowledge. There were the early conquests of those who surrounded her. In later films, there was the unrequited challenge of women who came before her; these efforts endure most potently. 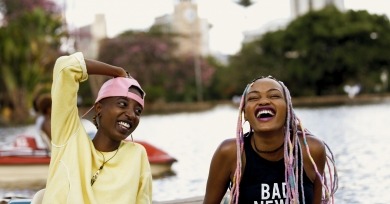