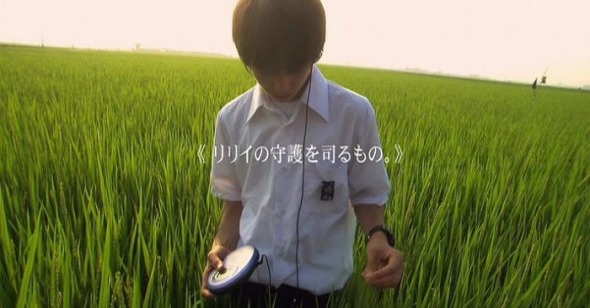 The idea of doing an issue entitled East Meets West began as an excuse to write about our favorite new East Asian filmmakers, that batch of preternaturally gifted artists who have been flowing out of that “other” corner of the globe for the past decade. But so soon after our Tsai Ming-liang symposium, we wanted to do something different, and we ended up with something not so much auteurist in spirit as an attempt to bridge a cultural gap rather than creating further ones. We decided to take a rough road, one fraught with dangerous essentialist dead-ends and the possibility of blockages in understanding at every turn. By asking our writers to match a recent Asian film with some kind of Western counterpart, we hoped not to come to any grand conclusions about the vast differences between two worlds of cinema but rather to foster a better understanding of the processes by which we, western audiences and filmmakers, come to terms with our counterparts who live and work a half a world away.

Perhaps more succinctly: the mission here is to take steps towards de-exoticizing the tremendous output of these nations, to validate Japanese, Thai, Korean, and Chinese cinema as something we’re all a part of, not just as movie watchers but as citizens of the Western world. As is more often the case than not, one of our writers captured the spirit of the project better that we could ourselves. For those eager to dive right in, head straightaway to Andrew Tracy’s revealing piece on Naomi Kawase’s Shara and Jonathan Glazer’s Birth, both of which have never seemed more essential works of art than they do here.