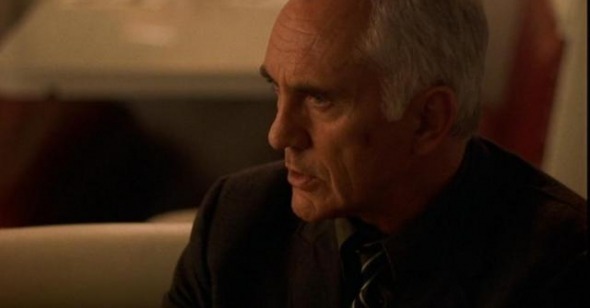 Those Were the Days
Nicolas Rapold on The Limey

At one point in Sarah Polley’s deeply affecting recent drama Away from Her, we glimpse Julie Christie’s middle-aged character as she exists in her husband’s memories. Polley cuts to a shot of a young woman, played by another actress, at the seaside, smiling and murmuring something. It’s a standard movie depiction of a recollection: light-streaked and color-faded in the popular Ed Lachman manner (with the sound on mute, as always). And I’m sure I wasn’t alone in thinking: why not just splice in old footage of Christie?

That’s exactly what Steven Soderbergh did in The Limey, the fragmented 1999 revenge thriller that the maddeningly resilient director dubbed “Resnais making Get Carter.” No, not Julie Christie, but close enough: Terence Stamp, another arresting young actor of the Sixties British cinema (and briefly an item with Christie). Stamp plays Wilson, an English career criminal come to America to avenge his daughter’s death. The Limey hopscotches, in streamlined pop imitation of the Marienbad/Hiroshima director, between three ages of Wilson: Wilson coolly embarked on his war path; Wilson reflecting on the events in silent repose not long after; and young Wilson in sunnier days past. For the last category, Soderbergh and his editor Sarah Flack use 100% Stamp, cunningly reappropriating footage of the actor from Ken Loach’s Poor Cow (1967).

The first time the Young Stamp of Poor Cow appears feels like a magic trick, casually performed. In what looks to be a dull scene of exposition, Wilson is walking and talking with an acting coach, Elaine (Lesley Ann Warren), who knew his daughter, Jenny. Then, mid-recollection, mid-sentence in fact, there is a smoothly timed cut to Young Stamp (as Young Wilson) in a tub getting his back scrubbed by a woman (Carol White). White now represents Wilson’s companion, Jenny’s mother. An entire sequence of young-couple shots follow: Stamp and White at a waterfall, Stamp cradling White in bed, Stamp and White at a table in a nondescript hall. Disparate moments scattered across Poor Cow have become a metonymic string of close-held memories—a mini-documentary from Wilson’s mind.

The cine-magic is that we don’t have to imagine how Young Wilson looked: if Stamp=Wilson, then we see for ourselves. Wilson does reminisce about his daughter a bit earlier, but the film dutifully trots out freshly shot scenes of a little girl at a seaside (camera by Lachman). After those faded-snapshot simulations, the Poor Cow clips bring the movie to life, as though Wilson has stepped off the screen. The time traveling cut wormholes us to a vividly represented world, perfectly costumed and set-designed. That’s not because Poor Cow was some prestige production. On the contrary, it adhered to Loach’s matter-of-fact unadorned style, which in a way makes it more pliable for reuse. Loach’s “social realism” becomes Soderbergh’s attempt at vivid backstory and one of his most successful formal experiments in fleshing out characters.

The cut to the past helps Wilson transcend the typical fictional character’s limitation: namely, that he’s created for the occasion, for this film. And Soderbergh seems to have had a great deal of fun casting with an eye to how his stars’ onscreen pasts create continuities and disjunctions with their characters here. For Stamp, the footage draws the line pretty clearly from the petty criminal that he plays in Poor Cow to the veteran thief of The Limey (who now squirrels away loot in an offshore account for a “tidy little per annum”). A bonus is that Wilson’s absence from Jenny’s life, in the form of jail time, has its cultural correlative in Stamp’s flight/sabbatical from filmmaking in the Seventies. For Peter Fonda, who plays Valentine, the unctuous boyfriend of Jenny at the time she died, Soderbergh pulls off a more overplayed kind of reflexive casting, but nonetheless fully contextualized and amusing. Fonda, Ulee’s Gold notwithstanding, is still soaking up the vibes of Easy Rider’s Captain America; if a movie needs a biker god cameo, he’s there (Ghost Rider? check. Wild Hogs? check). In The Limey he plays a schlocky record producer, who, in the words of another character, “took the whole Sixties Southern California zeitgeist and ran with it. Packaged and sold it. Made out like a bandit.” Take that, counterculture! (Supporting cast includes Joe Dallesandro, of Warhol/Morrissey fame and flat-voiced mediocrity, as a borderline man-child thug; and, somewhat more cryptically, Barry Newman, of Sixties-hangover Vanishing Point, as Valentine’s “security consultant.”)

The cut also posits film as something to be quoted and reused. For one thing Soderbergh rummages again in Poor Cow for two later flashbacks, including one courtroom clip that is eyeline-matched with new footage: Young Wilson, standing in the docket, looks up at the gallery; little Jenny gazes distantly back down. But more interesting is how the framework established by the cut sets the stage for another stunt that has The Limey quoting itself. The introduction of Peter Fonda’s character is a sort of “Valentine preview”—a sequence structurally identical to the pre-title montage for a TV show. To the theme song of “King Midas in Reverse” by the Hollies, shots of Valentine, drawn from across the movie shuffle past, are deployed generically: Valentine smiling, smoking, chatting, at home, behind the wheel, on the terrace of a house golden in the sunset. The shot of him coolly smoking is actually drawn from a later scene in which he is tensely anticipating the possibility of Wilson’s visit. Another shot even comes from a climactic final scene. It’s a cheeky upgrade to the convention of anticipating a powerful villain: the cowardly, shallow Valentine lends himself most to a glossy preview.

The Limey has its trick and does it well, but of course it’s not a new one. Perhaps The Shootist’s highlight reel of John Wayne films is the closest match to Soderbergh’s twinning of real and reel biographies, but even among American films alone, quoting stretches at least back to Sunset Boulevard and Two Weeks in Another Town. (The weirdest recent example is Austin Powers: Goldmember, a film that both parodies blaxploitation and uses old footage of Michael Caine, as Austin’s dad, from Hurry Sundown.) But the openly derivative cutting techniques and premise of The Limey also quote liberally from past genre reworkings. Like Poor Cow a 1967 release, Point Blank also adapts Resnais for a man-with-a-mission revenge thriller: John Boorman recognized that even a drop of the French director’s fragmented indeterminacy does wonders for mood and character sketching. Too, Jacques Deray’s The Outside Man (1972) anticipates The Limey’s fish-out-of-water foreigner, starring Jean-Louis Trintignant as a French hit man dropped into an L.A. with off-center locations similar to the warehouse in The Limey. (Even the fragmented visuals of the poster for The Limey—divided into parallel tinted bars, one askew, on black—reprises the one for The Hit, also starring Terence Stamp as a long-absent criminal. Both posters rip off the characteristically cool Blue Note cover for Freddie Hubbard’s Hub-Tones. Somebody get me off this thing!)

What grounds Soderbergh’s pop pastiche, I think, is that a revenge thriller is basically about a character’s desire for historical correction—an honor killing that rewrites the record. For the director, of course, that’s also a matter of carving up his influences; it’s notable that Tarantino’s most frenzied pop-retro quotefest, Kill Bill, is also a revenge tale. But for the character of Wilson, there’s a rawness, something naked, about shunting to older footage of Stamp. It suggests a memory, and more generally a past, so cherished that it breaks out with hyperlucid photographic precision, with a leap in time actually traced across film and life. Wilson says he wants “satisfaction,” echoing the old duelling challenge—so real it hurts, and so deeply that it becomes real. 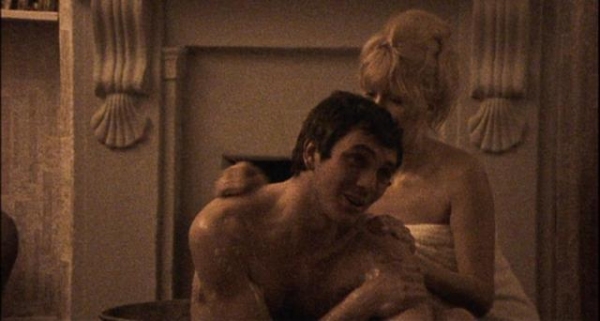