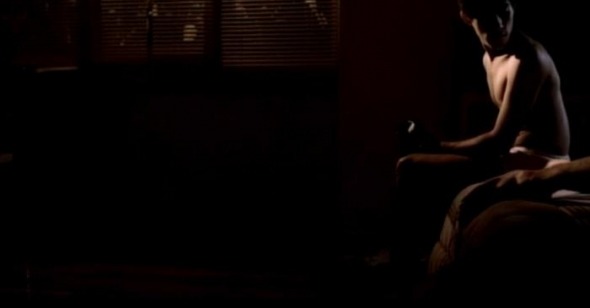 Remember November 4, 2008? Obama won! Gays lost! Many gay Americans had been hotly anticipating the end of the Bush Era, but their wide-scale repudiation in the form of the passage of Proposition 8 in California made the day’s triumph seem something like a Pyrrhic victory, especially since that bigot-fueled ballot measure overturning legalized gay marriage was just one of many pro-hate measures adopted across the country. However, only a scant hundred days into the Obama administration, there are signs of brighter times ahead. On March 18, our new president formally endorsed the U.N. declaration calling for worldwide decriminalization of homosexuality that his predecessor had refused to sign. And this April the country was stunned by the Iowa Supreme Court’s unanimous ruling that its state’s same-sex marriage ban violates the constitutional rights of gay and lesbian couples. In other words, these ongoing local civil rights battles—both won and lost—have ensured that gays and lesbians are now a major part of the nightly news media cycle in the U.S., and they have moved to the center of the American culture wars. The tide is turning decisively in favor of gay rights, despite occasional setbacks.

In cinemas, things seem as simultaneously hopeful and regressed as they do in the U.S. at large. In the past four or five years, there’s been something of an explosion of queerness on film—for better or worse—from the undercover “bromances” of Judd Apatow to the drag-pastiche of Todd Haynes to the overt politicization of Milk, to the ever-expanding circuit of gay exploitation knockoffs, including, as always, spoofs of mainstream popular culture and coming-of-age/coming-out narratives. And we mustn't forget Brokeback’s multiple wins at the Academy Awards. A gay film isn’t necessarily ghettoized any more, but gay cinema is not exactly out of its niche market, either.

Then again, what constitutes (or ever has constituted) a “gay” film? With the days of the unofficial New Queer Cinema movement in American independent filmmaking now in the not-too distant past, who’s picking up the slack? How can pop culture be “post-gay” (please) if we’re currently seeing the most mobilized civil rights movement yet by gay Americans? What does it mean that New Queer Cinema stalwarts like Todd Haynes and Gregg Araki have turned in ostensibly “straight” films like I’m Not There and Smiley Face?

We’re not an all-gay revue, but our writers (gay and straight) have prided themselves in looking for the unexplored, the alternative, the generally “queer” in cinema since the journal’s inception in 2003. We take the term “queer”—so politically charged in its first incarnation under the new American independent movement, so increasingly old-fashioned and academic—as a starting point for an anything-goes exploration contemporary gay cinema. Our writers were invited to define that any way they wanted. And the results are reflective of the wide variety of gay representation in film today, from the mainstream and dubious—unexplored homoeroticism, opportunistic bro humor that simultaneously mocks and pretends to embrace gays—to the alternative and challenging. The essays in this, our 24th symposium, focus on films by queer filmmakers not necessarily working with explicitly gay content, such as Todd Haynes and Terence Davies, or those out filmmakers whose depiction of homoerotic desire reflects either an advancement in aesthetics (Julián Hernández) or national representation (Stanley Kwan). And we’d be remiss to not highlight the sea change in television, as more and more series include gay characters in major roles, most compellingly in The Wire (featuring, as it turns out, the only lesbians discussed in depth in our symposium—a bias in the writing staff or indicative of the marginalization of gay women in popular culture outside of television commentating and hosting? A topic for another time perhaps). The only true limitation we gave our writers was that their selected films hail from a year no earlier than 2000: this is an investigation into gay representation specifically in the Bush era.

In matters of civil rights, familiarity breeds equality. More visible than ever, the LGBT community is now continuously folded into the social mainstream, even as their increasing outspokenness raises the ire of the desperate marginalized conservative right (see the hilarious Gathering Storm video . . . or better yet, don’t). The battles may never be over in our lifetimes, but it’s only a matter of time before the war is essentially won. Consider Reverse Shot’s Proposition 24 our small way of doing our part in advancing the cause.