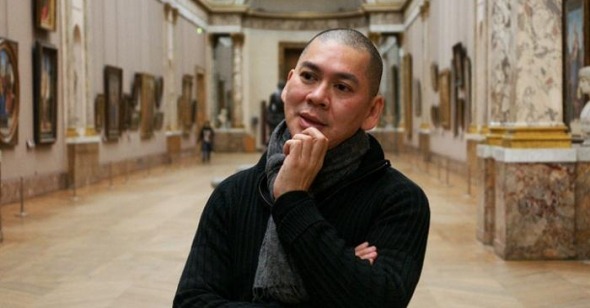 When it's said that an artist-filmmaker, painter, poet, performer-“defines a generation,” it can either refer to his attempts to reflect on the behavior of his times on his canvas, or it can be mere fortunate happenstance: that the artist's particular sensibility merged with that of the audience and created an inadvertent discourse. Of course, this is usually a cliché, trotted out to either prematurely honor an artist who has happened to tap into the zeitgeist, or to praise in retrospect one who seemed to blaze some sort of trail in his medium. In film, it's particularly overused: Fellini, Bergman in the sixties; Scorsese, Altman, Bertolucci in the seventies, etc. But who are these generations, and do they need to be “defined” above and beyond the political realities of their eras? In current cinephilic terms, the new generation is in desperate search for an auteur who will perhaps “define” it all-our globalized world has shrunk and redefined the rules of dissociation and alienation, East has met West in a tenuous pas de deux of common cultural icons and disparate social materialities. If American films were more honest (a concept in Hollywood now so rare as to seem absurd), we'd be seeing the same pop culture-infused images of distanciation and self-obfuscation that now permeate so much of the cinema of the new Asian auteurs. We Westerners look for a mirror of our own cultural displacement and can only find it in Japan's Kiyoshi Kurosawa and Hirokazu Kore-eda, Thailand's Pen-ek Ratanaruang and Apichatpong Weearasethakul, Taiwan's Hou Hsiao-hsien and Tsai Ming-liang, the latter the subject of our new issue.

The 47-year old filmmaker, born in Malaysia, has directed six theatrical features, thres short films, and two works for television, including My New Friends, a documentary about AIDS in Taiwan that must keep the identity of its gay interview subjects a secret from the camera lens. Rigorously aestheticized, Tsai's output thus far have been composed of remarkably lucid, stringently funny, deathly terrifying minimalist spectacles of suspended misery and tacit longing. It's fair to say he's never quite burst through to the upper echelons of art-house success (let alone the mainstream), although his consistent placement at the tops of so many of our writers' best lists (and netflix queues) proves that he is nevertheless a force to be reckoned with. Comparisons to Antonioni are unavoidable yet negligible; there's a purity to Tsai's compositions of alienation that even Antonioni could never manage, coming as he did during a much hyped period of filmmaking fraught with expectations. Tsai's just sort of drifted in unassumingly, with a wry smile on his face rather than a pained grimace. His new-ish film Goodbye Dragon Inn, especially delectable for us hopeless film lovers, expands out to realms beyond its dilapidated movie theater setting-even in glorifying film-watching, Tsai spirals out to the universal, uncovering essential human truths. Much more than a film geek's un-guilty pleasure, Goodbye Dragon Inn furthers and thickens a proposal he's been making to his viewers since he began directing movies. If you pay close attention-to the whispers, to the empty seats and corridors, to the bathroom echoes, the raindrops that splatter like tears around the peripheries of every frame, to his muse Lee Kang-sheng's gorgeous, impenetrable visage—you will discover something with which every generation truly seeks to define itself and of which Antonioni could have only dreamed: true love.