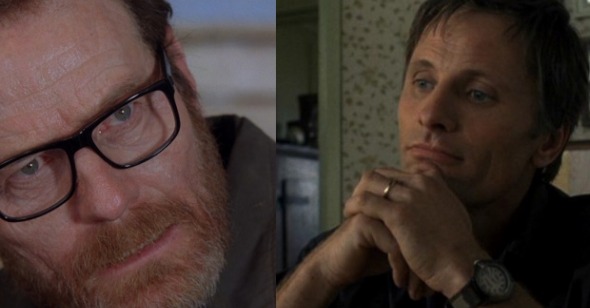 In January of 2012, David Remnick moderated a panel for The New Yorker titled “Is Television the New Cinema?” The question has also been posed at the Los Angeles Times, indieWIRE, and seemingly every blogger and think-piece essayist in the past several years. It has been so prevalent a query that it’s basically become a fait accompli: the idea that television has replaced cinema is now simply a received wisdom. Even if you don’t agree with the comparison, it can’t be ignored. Television (itself a malleable word in the digital streaming/cord-cutting age) buoyed by the post-Sopranos serial-drama renaissance, has usurped film in the American consciousness as the go-to place for what people like to call adult drama—character-driven, “serious” entertainment that doesn’t appear to talk down to its audience or is created to appeal only to the teenage boy demographic.

Yet is it really true that American cinema has largely been made irrelevant by television’s serial dramas and serious-minded comedies? Or does the argument—which is sometimes difficult to counter—simply feed more fuel to the “film is dead” proponents? For the first time, Reverse Shot is going to look—partly—to the small screen. What, then, is television? How is it distinct from cinema? Sure, we’re cinema snobs, but you’d be hard-pressed to find a Reverse Shot writer who isn’t an avid watcher (if not an obsessive one) of at least one series. Some of us cinephiles adore Breaking Bad and Mad Men, perhaps because of their alleged cinematic qualities; a handful of us were convinced The Sopranos was a revolution in dramatic storytelling; Downton Abbey continually turns up on our DVRs whether we like it or not; Louie and 30 Rock delight and challenge us in ways that the great percentage of film comedies do not; long-gone shows like The Wire, Deadwood, and Dollhouse continue to have passionate proselytizers, whereas movies seem to increasingly have sell-by dates of interest. Even some important auteurs, such as Jane Campion and David Fincher, have turned to the small screen and produced much-talked-about series.

At the same time most of us agree that in terms of narrative structure, visual sense, and delivery method, TV shows are not cinema. How can television replace cinema, if the two are utterly different media, with different artistic aims, temporalities, and commercial motivations? Why can’t we just enjoy both for what they are? Because this critical approach ends up pushing cinema to the sidelines, thus making it easier to dismiss, a generation that once might have been at least curious or adventurous about discovering alternative forms of filmmaking (once called an art-house audience) is increasingly indulging only in the made-for-TV series the culture has tagged as sophisticated. So as consumers of television and unwavering lovers of the art of cinema, we asked our writers to put the notion that “television is the new cinema” to the test.

The challenge: select a television show, one that emerged within the past fifteen years or so during what has been called the television renaissance (with The Sopranos as a general starting point, though we ensured that the influential Buffy the Vampire Slayer was eligible), and also a corresponding film that would be fruitful to compare to that series. The chosen film could correlate to the show in terms of theme, aesthetics, characterization, shared key creative talent . . . anything the writers desired.

For the purposes of this exercise, we also asked that they choose a single episode of that series to focus on. Of course, the writer could, and was encouraged to, bring in the entire narrative and visual world of the series to bear on her or his essay—but without this focus, we feared these articles could get too unwieldy, the experiment made too diffuse by masses of variables.

Though long gestating, the symposium feels relevant and probably will for a while, especially considering the woeful state of commercial studio filmmaking and the continual renewals of worthwhile television. In the time between sending out the call for submissions for this issue and its debut, two new, much-discussed HBO series with serious movie credentials (True Detective, starring Matthew McConaughey, and Looking, co-created by Weekend’s Andrew Haigh) have concluded their initial seasons, while such shows as House of Cards and Orange Is the New Black have captured the imaginations of countless viewers hungry for serial drama. There’s undoubtedly a ravenous aspect to the consumption of these shows (see all those references to “binge-watching”), which suggests that there has been some sort of drought in narrative-based audiovisual storytelling. But it also suggests that people are desperate for a certain kind of culture-leveling entertainment, to be part of a larger dialogue around art and to revel in that sense of community that the internet promises. And while some of these shows deserve the attention they’re getting, others are just lucky to have been caught up in the storm.

Through this symposium, we hoped to come to a better definition of what cinema is and what television is. Perhaps the problem with the “cinema vs. TV” debate is that the terms being pitted against each other refer to tools for viewing or modes of storytelling as opposed to the content fitted to them. The results from our writers were, expectedly, diverse and thoughtful. Reading these articles, which we’ll unroll over the coming weeks, you won’t find an answer to the debate; the takes are far too varied. Each television series and each movie constitutes its own case. And with such a range of topics covered—character development, morality, ideology, filmic technique, auteurism—there could never be just one point of view. Which is kind of why the whole question of which is “better” is itself an impossible, and false, one.