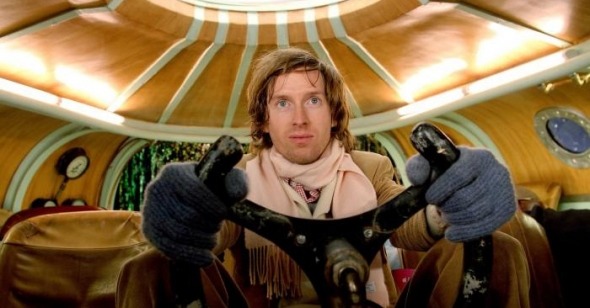 What a milestone. With thirty issues, Reverse Shot has officially caught up with most of its writers’ ages, entering a period of life when things ever so slightly start to fall apart. So what better way to celebrate than to fondly recall the worst of times? Inspired by recently re-reading Eric Hynes’s thoughtful evaluation of The Bonfire of the Vanities for our Brian De Palma symposium from 2006, we began to consider the ways that cinephiles deal with films maudits—specifically those in otherwise lauded filmmakers’ careers that are deemed “the worst.” What was refreshing about Hynes’s piece was that he didn’t suddenly discover a misunderstood masterpiece, as many rigid auteurists are quick to do in an attempt to recoup a beloved filmmaker’s entire career. No, he realized the film was still terrible. Yet this didn’t mean it was not worth an in-depth look. For how can we accurately judge a director if we cannot allow him or her some missteps and failures? Do their blunders not tell us as much about their oeuvres as their blockbusters? How artists work within the realm of compromise or how they deal with their own outsized ambitions should be analyzed with as much passion (and sometimes compassion) as their supposedly unsullied gems.

On the flipside, there is the Ishtar scenario. Elaine May’s massive bomb has been widely and generously reestablished by the film cognoscenti as not only unfairly lambasted, but as one of the great comedies of its era (Richard Brody, echoing the sentiments of many, wrote that it is “among the most original, audacious, and inventive movies—and funniest comedies—of modern times.”) Whether we all agree with this assessment or not, it makes one realize that perhaps a film is not to be judiciously treated in the time that it was made—or conversely that there’s a perversity at play in critics’ need to identify with cinema’s outcasts as some sort of bizarre form of self-actualization.

Of course, things get even trickier once we get past the idea of what is considered “bad” by the culture at large. Our idea of a director’s worst film could be the very same one that lit the box office ablaze or set Roger Ebert’s heart aflutter. So what does it mean that we deem a film one of its maker’s “failures”? Are we judging on a serious curve? What are we factoring in to our evaluation: the realities of its production, the time in the director’s life it was made, that he had too much control or too little?

For our thirtieth symposium, we asked our writers to consider at length the movie that they believe to be the worst in a single filmmaker’s career. However, “worst” could be applied in any way our writers interpreted it. It could be a film that they think genuinely is their worst, or it could be one that’s been deemed their worst by the critical culture at large but which they thought deserved another look. Hopefully we left it wide open enough for them to write on any topic they wanted, giving them a chance to either scrutinize a title from an idol or re-evaluate a filmmaker they might have not given much consideration to.

With the results, I think we’ve achieved the perfect balance, as there was close to an even split between those who recouped a film that’s usually met with jeers and those who dug in and tried to explain why, in fact, yes, a film is and remains a disaster (here’s lookin’ at you, Skidoo). So grab your rotten tomatoes or golden laurels and enjoy—or don’t—Reverse Shot 30: Simply the Worst.