Take Two: In the Cut — Introduction 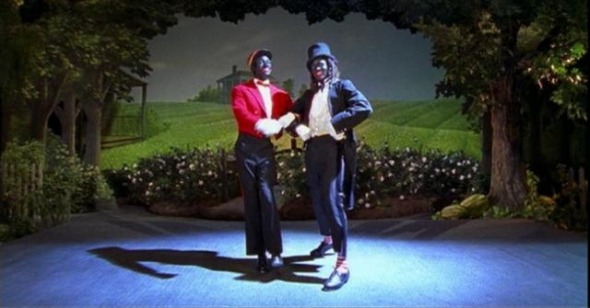 Reverse Shot's Take One symposium (RS #17) last year inaugurated a new series focused on examining the fundamentals of film form. We gave our writers a challenge: pick a single, memorable shot and use it as a springboard for reconsidering a film, filmmaker, or even cinema itself. We didn’t in any way expect that the moratorium on entire films would prove to be a limiting factor, but we may also have underestimated the ingenuity of our writers—everyone brought their best to bear, making Take One a success that far exceeded our wildest expectations. Exciting, but maybe we went a little easy on them. This time around, we upped the ante.

Even though the shot may be the most instantly relatable element of film form, the captured image isn’t the exclusive domain of cinema; it’s the cut, the edit between two images, that has most clearly defined the unique character of the seventh art. What’s contained in this instantaneous, invisible break—in time, space, and perception—either unites a pair of images or cleaves them in two. Where before we offered our writers the shots of their choice, here we gave them not only two shots, but the space in-between as well. Generous, perhaps, but certainly not an easy assignment given that physically, an edit is nothing at all. The cut could be anything—a mundane scene transition, a simple invisible shot/ (ahem) reverse shot, a disorienting jump cut, a dissolve, fade—any transition from one shot to another. The difficult part is in the reckoning: Is the cut expressive of an idea or emotion, political or moral standpoint, or is it merely a means of conveyance (with all the conceptual baggage that classical editing implies)? What does this cut tell us about the narrative or the author? What is this cut revealing or eliding?

Unlike the self-containment of a shot, the cut is literally the gap between images that requires the viewer to fill it in. “We analyze movies through their editing: the way it structures a story; creates graphic, thematic, and symbolic fissures and matches; establishes rhythm,” writes Chris Wisniewski in this issue. Of the cut, Eric Hynes furthers, “Beyond the dictates of convention, there’s no knowing when it will come, how it will come, if it will come, what its coming will mean. It’s a prevailing power that films and filmmakers have over us—there’s no flipping ahead or checking the program.” And Daniel Cockburn asserts, “Our faith in the shot’s relation to our world, and our faith in the cut’s relation to a fictional one: two very different faiths which together constitute a large part of what we have come to know as cinema, due in no small part to their interdependence.”

The topic couldn’t have been more open to interpretation, and the responses have been excitingly varied: from the opening moments conjoining love, memory, and landscape in Days of Being Wild to the final holy ascendance of The Last Temptation of Christ; from the historical nostalgia in The Unbearable Lightness of Being’s found footage to the documentary ethics of Bowling for Columbine’s staged footage. According to our writers, Claire Denis’s simple overturning of the rules of shot/reverse shot in Nenette et Boni is every bit as thrilling as Michael Haneke’s momentary reassertion of the same in the hierarchical order of Code Unknown, which had thus far rigorously denied its existence. It’s a fascinating discussion that can be approached from seemingly endless angles. We hope you’ll enjoy Take Two.