Stuck in the Middle Introduction 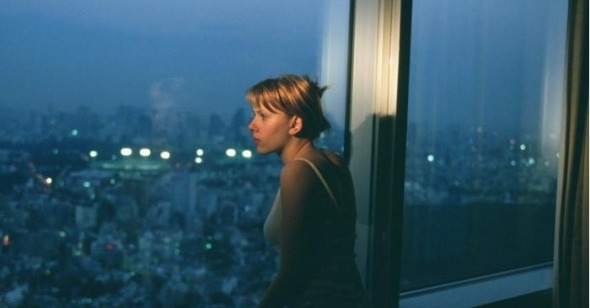 You’ve heard the commonplace that Hollywood no longer makes movies for adults. Loath are we to toe the company line, but we must admit things look pretty dire, so much so that it’s become generally accepted that one looks to the Pixar machine or Christopher Nolan if one wants to be “moved” or “provoked” by an American studio release. The recent outrage over the dumbing down of Hollywood's output might be overstated: the ‘80s and ‘90s weren’t exactly brimming with aesthetic pleasures; and aside from brief, now-mythic bursts of creativity, as in the 1970s, and the odd idiosyncratic auteur, the post-star-system Hollywood has rarely been the dream factory we all imagine with rose-tinted glasses. Even so, today’s target audiences seem to be comprised almost entirely of teenaged males. More worrisome, adults (i.e., people who no longer wear pajamas with feet on them) now anticipate glorified kiddie flicks like Harry Potter Part XVII with a single-minded zeal that blinds them to most other types of films.

You might have also heard the oft trotted-out notion that today’s art-house and indie fare has filled the gap left following the extinction of middlebrow, middle-budgeted studio productions (In the Bedroom=Ordinary People; Pieces of April=Home for the Holidays). For this, the twenty-ninth Reverse Shot symposium, we decided to ask our writers to put that cliché to the test. We suggested they pick a film from the last decade they think exemplifies the contemporary American “indie” (whether it hailed from a tiny distributor or a now defunct boutique branch of a major studio), for better or for worse. We paired that selection with a “middlebrow” studio title or at least an American studio-financed or distributed film of our choice from an earlier decade that we deemed to be somehow thematically (or stylistically) linked (or in the case of My Dinner with André, a film that once upon a time was considered the epitome of American adult filmmaking—which would now be relegated to the dustiest art-house corners). The writer’s task: composing an essay comparing the two films in whatever way they felt was proper. In a way, this was intended as something of a follow-up to our East Meets West symposium from 2005.

We looked at these “matched-set” essays as exploratory exercises, not excuses for “they don't make ’em like they used to” screeds or, on the other side, reassertions that independence equals truth and Hollywood is inherently artificial. As editors, we felt it necessary to choose the middlebrow pictures (the “companion films”) ourselves, so as to bar preconceived notions about the dreaded tags indie and studio. We also felt this constituted a fascinating writing exercise (for our part, as editors, we blindly assigned one another our companion picks as well, as it was only fair).

The questions this experiment raised were potentially myriad. What are the political, social, geographical, aesthetic, or emotional differences in approach from “then” to “now”? How have representations of key genre ingredients changed? Is there some larger cultural truth to be gleaned from the fact that studios now can’t make money on a twenty-million dollar movie, so have ceded that field to the indies where the budgets have shrunk commensurately, and the audiences even further? Aside from precipitous drops in budget level, have things really changed all that much?

Of course, the question of reality came up again and again. What constitutes the real in cinema has been perhaps the medium’s greatest philosophical quandary, and, judging by this symposium, it will continue to be, even as ways of representation and methods of production and distribution change. Often our writers ask: What is authentic, and why do we crave authenticity in our fictions? Their findings were often provocative and always surprising. Usually we good cinephiles search for meaning in the high or the low art—but there’s a lot of truth to be found in the middle.