Best of the Decade #15: The Royal Tenenbaums 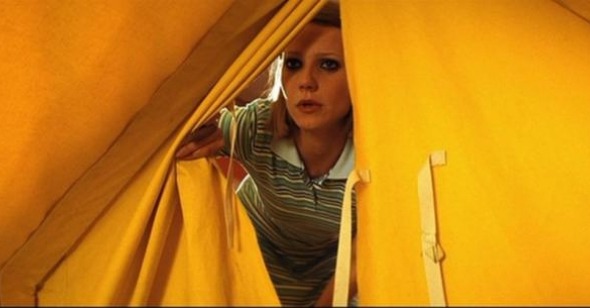 In a decade when American studios seemed to discontinue serious dramas, or cynically relegate them to their independent divisions, one of the most poignant and heartrending stories of family came from a filmmaker blindly decried as a purveyor of dollhouse quirk and precocity. While wavelets of European and Asian filmmakers continued to respond to Hollywood with various counter-aesthetics of long takes, temps mort, and empirical narratives, Wes Anderson lavished attention on the individuality of his characters and their surroundings with the elaborate production design of an old Hollywood musical and the connoisseurship of a subsequent admiring French New Waver (plus the camera-angle tendencies of a Joseph Cornell box).

Grandly and ambitiously titled after Welles’s dynasty-mythologizing The Magnificent Ambersons, The Royal Tenenbaums provided Anderson’s greatest canvas yet: a “family of geniuses” with every excuse for full elaboration on their dysfunctions and paraphernalia, with a majestic-shabby homestead to linger over and make look lived-in. The same year as the meticulous guided postcard of Amélie, two years before the nerdily curated Kill Bill, and three years prior to the hurtling, mixed-mood Kings and Queen by kindred spirit Arnaud Desplechin, Anderson pictured a dog-eared Seventies-storybook vision of a family in “New York,” from something like the view of a welcomed outsider, with arrested fashion statements and ashen skies bespeaking stalled lives, and shot through with the extended logy-contentious renewed adolescence of a holiday break spent at home rustling through closets.

Anderson’s micromanaged design, which he foregrounds so much more than most filmmakers, all but guarantees (for this viewer at least) that his movies fully emerge only upon the second viewing. And still, with the third and fourth look, it remains a surprise when this clever, funny, exuberant film subsides into a suicide attempt—the darker second half seems all but forgotten by those who suggest that Anderson’s movies will age (or phase in and out) about as well as an Adidas tracksuit, and that his style is a decadent baroque collapsing under the weight of its filigrees. But it’s there that the film’s ache sets in, something over and above the melancholy, and still lingering through the mad chaos of its conclusion.

Like a holiday movie, the film is premised upon returns, those of the children precipitated by that of the prodigal father, Royal. Ingeniously cast, Gene Hackman gives a rascally soul to the film, drawing upon decades of conspiratorial glints and shoe-leather churlishness. In a very real way, alongside the beautifully underplaying Anjelica Houston (whose maternal style is touchingly arrested and strikingly familiar to many viewers), he’s the adult in this Anderson creation, his behavior never reducible to that of an immature scoundrel, his scrabbly grandeur as paterfamilias in exile underwritten with affection (and attachment that seems unexpected even to him at times). Hackman displays charisma and dexterity in this role as an unreconstructed, tactless schemer pretending to the family throne (and along the way ringing echoes as anyone’s grandfather with a dicey racial vocabulary).

Royal gave up his family and a love, but he still also lost that family and that love. However scheming, he’s a man trying to repair what he did wrong, and likewise his children seem mired in patterns of revision and regret. Anderson’s cutaways and flashbacks are as amusing and inventive as ever, but besides elaborating on the family’s storehouse of mythology and secrets, they repeatedly fold the characters into their pasts and take to fanciful lengths what one critic observed about Anderson-idol Truffaut’s eye for the child in the adult (such as Chas’s backroom business efficiency catalyzed by his wife’s death into terrified control-freakery). Watching The Royal Tenenbaums, for all the insistent eye candy, is also a shadow process of apprehensively waiting to see what will become of these bonsai psyches, and what form their freeing themselves will take.

Those in the younger set are, in so many words, fucked up, and again Anderson’s casting is targeted, in the screen-ready neuroses of Ben Stiller and Gwyneth Paltrow. If these are precious, they are also faintly grotesque, though not unsympathetically, and Luke Wilson’s Richie Tenenbaum, who looks the most like he’s wearing a permanent disguise even as he yearns for regaining Royal’s connection, steams ineluctably towards a truly wretched, heartrending near-ending—something that shouldn’t happen in the dollhouse. (Incidentally, their get-ups and quirks also yield an ironic rebuttal to complaints about Royal’s right-hand man, Pagoda: the entire Tenenbaum family is itself by far the film’s most extreme portrait of Otherness.) Owen Wilson’s dissipated Eli Cash, constantly trying out a half-formed repertoire of compensatory attitude change-ups, does double duty as the outsider who always wanted entrance into a family bound by individuals set apart, and in exemplary mockery of the cultural apparatus that flashbulbs people in and out of limelight.

The Royal Tenenbaums, with its unambiguous expenditure of effort and steadfast vision, of course was the tipping point for Anderson’s observers, launching a wearisome cycle of demographically targeted backlashes and entrenched criticism—the gleeful harpooning of The Life Aquatic with Steve Zissou, he’s-still-around shrugs towards The Darjeeling Limited. At the close of the decade, Anderson has been a model stumper for Fantastic Mr. Fox, promoting his stop-motion film with an on-message exhaustiveness redeemed by suggesting a man in it for the long haul. And perhaps, just as with the career of two hyperdesigning predecessors, the Coen brothers, themselves prey to hot-and-cold responses to fussed-over style and comedic poses, persistence wins out over clichés about second and third acts. But even if Anderson had stopped with The Royal Tenenbaums, he’d have earned his place as a vital voice and an American original.