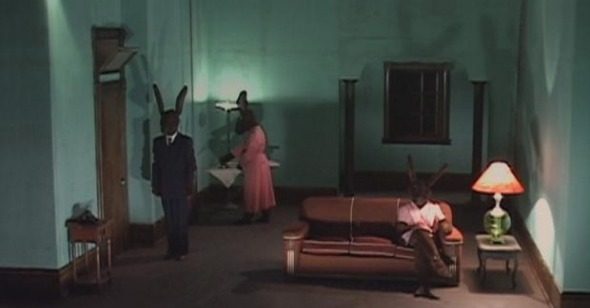 Anyone who even casually frequents the current online hot spots for film discussion is well aware of the ongoing raging debate about the future of film criticism. The alarmism is so resounding it may be reverberating in our heads for some time to come; but ultimately all the hand-wringing over the death of print criticism as it slowly, inexorably moves to the web is not just attention-grabbing shortsightedness—it’s the wrong target. It’s not simply film writing that’s been democratized by the digital realm, but film itself, and perhaps we’re better off first focusing on the changes therein, rather than turning the spotlight on ourselves.

In recent years, film trade magazines, blogs, panels, and the like have devoted themselves ad nauseam to discussing the implications of the digital on our beloved art form. Most obviously cinematography, but also editing, special effects, and even performances have been dissected under this new technological microscope, as filmmakers have lined up on both sides of the digital divide. Movies are now regularly either shot, or more often edited, digitally; digital projectors are becoming more commonplace; and in many cases films are bypassing traditional avenues of physical distribution altogether, existing only on hard drives and digital streams instead of prints and tapes. In 2008, we're far from being able to talk about just George Lucas and a few isolated DIY others; it’s nearly impossible to find a filmmaker who hasn't succumbed in some form. So why has a journal born five years ago on the cusp of digital explosion, such as Reverse Shot, only treaded lightly here until now?

The short answer: the debates on the subject have been both ubiquitous and ill informed. The use and reception of video has changed so much so fast in the past eight years—from grainy, unconsidered cheapo quickies like Tadpole or Pieces of April to auteur dabblings like Bamboozled and The Lady and the Duke to the viable film alternatives of A Prairie Home Companion and Star Wars Episodes II and III> and currently to visionary aesthetic frontiers like Miami Vice and Zodiac—that there’s no reason to assume that in five years even this symposium won't seem antiquated. Now that concerns of practicality, budget, time, and yes, aesthetics, have replaced nonsensical millennial doom-saying (save for Armond White and various other crackpot holdouts), we feel it's as good a time as any to dive in, but on our own terms. For this issue, we attempted a unique approach by asking our writers to select a filmmaker who's traditionally worked in film and has moved to digital video, as a brief sidestep or a career-changing ideological statement. Then we asked them to contrast and compare this digital foray with their earlier cinematic style (unfortunately no one picked up the offered gauntlet of The Godfather vs. Youth Without Youth). With filmmakers as varied as Robert Zemeckis and the Kuchar brothers occupying the same space, we feel we've covered a lot of ground.

Do we see differences in shooting style? Has digital editing had an impact? What does this all mean in terms of aesthetics? Or storytelling? Does it even make a difference when many viewers aren't even aware that many movies they see in conventional theaters were shot on video? Will digital save the cinematic experience from irrelevance in this new information age? Or will these new technologies whittle it away to the point where the shared viewing experience is confined to cramped rooms and LCD displays playing short grainy YouTube clips? We certainly haven’t found any hard and fast answers, but the questions raised around these various film artists are certainly going to be grappled with until celluloid filmmaking is just a distant memory.