The Life of Film Introduction 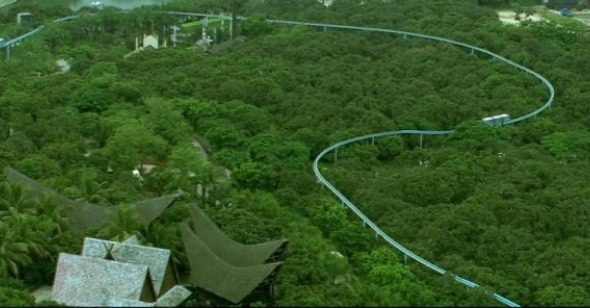 We didn’t expect this to last ten years. What has Reverse Shot gradually become over the past decade? In those mythical early aughts (call them pre-blog days), it started out as a staple-bound, 8.5 x 5.5–inch print publication that we (along with co-founders Neal Block and Erik Syngle) were shelling out of our own pockets for and hawking around New York. We hoped someone would pick one up and read it, but if not, we were still happy because we were creating something that felt genuine and beholden to no one but ourselves. After about a year, we “gave in” and decided to publish exclusively on this Internet thing we had heard wild tales about. We were there to cover the latest films, if we deemed them worth writing about, but mostly we wanted to keep a dialogue going with cinema history, hence our theme-based symposiums, of which we’ve now completed thirty-three. As we grew in numbers, we branched out and hosted film festivals for the 92Y, wrote weekly reviews for indieWIRE, produced and edited video interviews with film-world stars, and now program an ongoing screening series for Museum of the Moving Image.

But what’s been most rewarding for us in all of this has been the community that has developed. A community of support, of ambition, and of friendship. All of our writers, even the more far-flung among you—in Toronto, Washington D.C., London, California, Portland, Austin, Wisconsin, Minnesota, Florida—are deeply, emotionally important to us. Since they’ve started writing for Reverse Shot, they’ve gone on to become headlining Village Voice critics, editors of Film Comment and Cinema Scope and Time Out, major critics and journalists in Toronto and Austin, museum staff, makers of internationally screened films, teachers and academics, distributors and world-traveling purveyors of cinematic initiatives. And that hardly includes everyone. The level of quality our contributors have helped us maintain is astonishing; it truly has been a labor of love. And of course we owe so much to our loyal readers as well; there’s a lot of writing out there, and you’ve stuck with us through the years.

So, this is all to say that we’re optimistic about the future of Reverse Shot. Our critics continue to write, the voices get stronger, the writing more commanding and polished. Just this year, we’ve welcomed a host of incredibly talented new members into the fold. But we’re also optimistic about the future of film itself. If you’re like us, nothing is more enervating than having to constantly hear about the “Death of Film.” Yes, this has been on the table since at least the 1950s, with the expansion of television, but it never stops being a topic for the unimaginative among our brethren, especially in the face of the transition to digital. It is accomplished. So what now? No amount of stale high-end-publication think pieces can change the fact that in many ways, cinema has never been more exciting. There are more ways for artists to express themselves cinematically than ever before, and cinephilia is itself more inclusive, wide-ranging, and in some ways pervasive than it has ever had the opportunity to be. Criticism may be less viable as a career option than anytime in the past fifty or so years, but we have more intelligent voices out there now who take film seriously as an art form.

Why is it an important time? Because it’s now. And we’re here. For our tenth-anniversary symposium, then, we want to stand in numbers against the gloom-and-doomers. We have sometimes pitched to our writers symposium assignments that are a bit circumscribed and tough to crack; this one, however, was all about freedom. We asked contributors to pick any film from the past ten years (roughly 2002–2012) that gives them hope for the continuation of this art form we all love. Their selections didn’t necessarily have to hold the key to cinema’s future, but in even the smallest way they had to represent to them why they do this at all—why they continue to watch and write and think about movies. So to commemorate our first decade, we wanted a celebration—not of us, but of film. We’d like to think of this hugely optimistic batch of writing as a thank you to you, our readers, for hanging in over the past decade. Here’s to ten more years.