In Search of Lost Time: Introduction 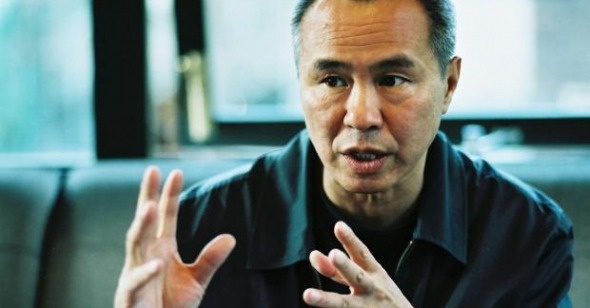 With the pleasures of the magnificent Flight of the Red Balloon still floating in our heads, we feel the time is right for a comprehensive look back at one of the best and most aesthetically important filmmakers of the past few decades: Hou Hsiao-hsien. He's been written about reverently by some of our most influential film writers, like Kent Jones and David Bordwell, and even documented in a feature film by Olivier Assayas (HHH: A Portrait of Hou Hsiao-hsien), but the Taiwanese filmmaker hasn't yet received the proper critical full-career consideration, and certainly not from Reverse Shot—even though films such as Goodbye South, Goodbye, Flowers of Shanghai, Millennium Mambo (which we showed at 2006's second annual Reverse Shot Presents), and Three Times routinely turn up on lists of our writers' favorite films of recent years. We have a sneaking suspicion that come this January Flight of the Red Balloon will find a prominent place in our year-end reporting for 2008 as well.

In 1988 a group of international critics voted Hou “one of the three directors most crucial to the future of cinema,” and in another survey completed by Film Comment and the Village Voice at the end of the Nineties, he was named "director of the decade." It’s worth questioning, however, what his admittedly rarefied brand of art cinema means to filmmaking and film history—even history itself —if he's not selling tickets anywhere but on the festival circuit. Just how can we support such grand claims for his importance, when he’s preaching to a ready choir and largely empty pews?

Easy: wedding political filmmaking with a technique at once naturalistic and highly aestheticized, Hou has made films that wrestle, variously, and either directly or metaphorically, with personal and national histories, the struggles between Taiwan and Chinese nationalism, the encroachment of capital on an ever-evolving way of life, and, most recently, the legacy of cinema itself. “Essential viewing” couldn’t be more aptly applied to the works of any other living director, and even if Hou’s cascading histories may be consigned solely to posthumous recuperation, we’re happy to stand up now and plant a signpost along the way.

Hou has made many films in his nearly 30-year career, from his early pop missteps Cute Girl and Cheerful Wind to his recent series of landmarks, and though he's honed a recognizable look for his films, no two are truly the same. So the question is, who is this "director of the decade"? (And where has he gone now that his appointed decade is up?) How has his evolution from overseeing largely static tableaux to commanding one of the most constantly fascinating roving cameras in contemporary cinema been mirrored by an evolving conception of the Taiwanese state? And what better way to answer these questions than by looking at his films one by one, from a wide range of points of view?

We hear that Hou is planning to lob another curveball in 2010: The Assassin, a period martial-arts epic. We’re confident that the start of the next decade will mark the beginning of some new, fascinating phase of his career. So with this symposium, “Hou Hsiao-hsien: In Search of Lost Time,” consider our case made, but certainly far from closed.