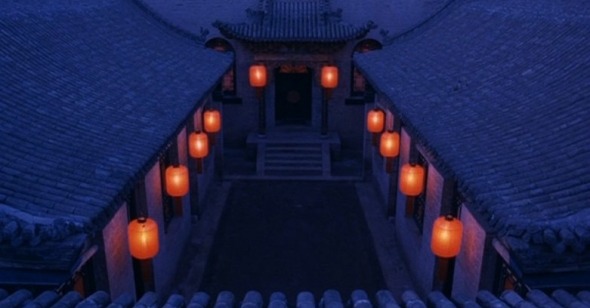 Great Beyond:
The Borders of Cinephilia
Introduction

Films have always offered the opportunity to help us get a bead on far-away places that we might never have a chance to visit otherwise. There’s value in traveling this way—of witnessing cultures, traditions, languages, and people different than what and whom we’ve known via films. From a relatively young age, a movie-lover might dive headfirst into the worlds of Kiarostami or Bergman or Sembène or Kurosawa, embarking on a journey that may create a belief that we have fostered a greater cultural understanding of Iran or Sweden or Senegal or Japan. Yet, as these are journeys that don’t necessitate actual travel, physical communion, or time commitment beyond the opening and closing credits of a film, how far can we go from the confines of a movie theater?

It strikes us that cinephiles, and particularly Western cinephiles, are often particularly concerned with—and confident of—the worldliness inherent in such pursuits. Witness any piece of writing that attempts to digest or analyze a certain tendency in a nation’s cinema in a few thousand words or the employment of familiar heuristics like referring to Ozu’s “Japanese-ness” or the quintessential “French-ness” of Renoir. These short-hands can be helpful in communicating ideas quickly, yes, but they can also sometimes do more harm than good. We don’t highlight this in any kind of pejorative or accusatory way, but we’ve been thinking about perspective a lot lately and we want to investigate these impulses.

What we write is inseparable from who we are and where we’re from. This should sound obvious and it’s doubtful anyone would disagree with such a statement. But, quite often, writing about a film is delivered with a certain level of authority, earned or otherwise. And the readers are left to sort things out themselves. Maybe rigorous analysis needs always to be leavened with a certain degree of humility. This seems particularly important when we look at films from unfamiliar places and wish to address ideas of culture and place.

For this new symposium, we asked our contributors to join us in an exercise in humility—and in interrogating our own spectatorship. We asked them to select and re-watch a film that was formative for them as they emerged into cinephilia and which hails from a country different from the one in which you were raised. We posed the questions: What are the reasons that it appealed to you? Did you find its depictions of a different culture to be relatable to your own experience, or did it seem productively far away? Was it a film you came to because it was in some way "canonized" or did you discover it through some other personally investigatory means?

The writers were free to take any approach to their reappraisals. This exercise often turned out to encompass the ways in which social mores have shifted over time. Or perhaps how certain movies were always more layered and complicated than they seemed at first brush. To be clear, we were not asking Reverse Shot writers to compose "How I Came to Realize Seven Samurai Is Actually Problematic" or "How I Learned to Hate Ingmar Bergman." Such articles are a dime a dozen, pointless, and written in bad faith. We’ve asked for something more thoughtful, nuanced, and more of a negotiation. It’s an examination of bias in a way, and perhaps it raises the hardest question of all: Why do we like what we like?