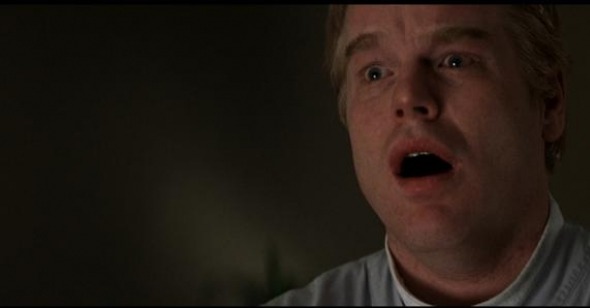 The Gospel According to Reverse Shot

Stop the world, we want to get off. Not to be alarmist, but ever since Mel Gibson’s passion play finally made it to its 3,200 theaters, it seems as though everything reverse shot holds dear has been overturned. The success story of this “indie” film, directed by a bravehearted soul who had to carry his creation on his back through the arduous hills of postproduction for hand-off into the nasty sea of saturation release should be enough to put the fear of God into you. More insidiously, this most widely distributed, highest-grossing subtitled movie in U.S. history only makes the gap between perceived art and commerce that much more conspicuous. The claims for The Passion of the Christ as the ultimate apotheosis of the intersection between the two, loudly voiced by supporters, only serve to support our worst fears for the state of the nation. The drama of Americans reading en masse, and for a project so self-importantly dire and dreadful, makes the whole thing seem like anti-Hollywood chamber drama. “So compelling,” one ditzy New York TV newscaster reported after seeing it, “that you even forget you’re reading it!” Doesn’t one have to read the Bible, ma’am? Guess we’ve had it all wrong… Thus, another dumbed-down piece of product (to use industry lingo), delighting in the snapping of limbs and the mangling of torsos, bearing only a faint trace of religion and completely devoid of spirituality, is ascended to the level of art. Take the subtitles away and The Passion is basically no more or less than the latest Ridley Scott picture.

Forgetting for a moment the just-below-the-radar success of Bible Belt-busters like The Omega Code and The Gospel of John, that American audiences in particular respond so strongly to Gibson’s film is taken to reflect the general perception that there has been of late something of a void in film when it comes to religion. As a result, when film writers reject this one man’s myopic representation of religious iconography, imbued as it is with action-martyr sound and fury and signifying for the unindoctrinated nothing beyond its extreme shock value, we are ourselves attacked for cold atheism, or worse, anti-Catholic sentiment. The fact is, true film lovers have been trying to locate the spiritual in cinema since we began watching. What is it that the cinephile searches hopefully for on the screen if not some glimpse of perfection, the face of some god? It pains us that the majority of moviegoers raise their arms in heavenly ascension at this extremely blunt object of a film, while in recent years rejecting Spielberg’s religious parable A.I., missing David Lynch’s God’s-eye view of the golden Midwest in The Straight Story, laughing off Jack Nicholson’s Christian tears in About Schmidt, misrecognizing Terence Malick’s The Thin Red Line as merely another war movie. And don’t get us started on the foreign films, the ones you also have to read to understand: the sublime Buddhist melancholy of Wong Kar-wai’s coda in In the Mood for Love, the redemptive Christian allegory of the Dardennes’ The Son, the literate, endlessly probing urbanity of Manoel de Oliveira, the borderless divine grace of virtually anything by Kiarostami.

So the challenge to our writers for the Spring issue of Reverse Shot was to simply select a film they find to be reflective of a spiritual tendency in cinema—through the medium’s very form, within or without of the narrative, or where the work reproduces the spiritual within the writers themselves. To quote André Bazin, who saw cinema’s harnessing and recreation of life as representative of God’s very act of creation, these are our “Holy Moments,” passageways to understanding our universe through concerns of faith, wrestling with this life and the one after, seeking answers, dealing with uncertainty. In discussions of films from Bergman to Pasolini, from Sergei Parajanov to Woody Allen, we find that truly spiritual artistic works can either locate a greater divine presence or be haunted by its absence, that it’s the search for meaning, rather than moral certainty, that connects the body with the spirit.

Though most of the films considered rank among the classics of World Cinema, you need only to look at what’s playing in theaters concurrently with Gibson’s unquestioning work of righteousness to realize that the core of our examination is far from nostalgic. After having Christ shoved down their throats many will miss or willfully reject the hell-and-damnation Old Testament artistic visions of Lars von Trier’s Dogville and Bruno Dumont’s Twentynine Palms (whether you love or hate these films, their Biblical furor cannot be denied), Michel Gondry and Charlie Kaufman’s gentle rumination on man’s wayward dissociation from his own body and soul in Eternal Sunshine of the Spotless Mind, Michael Haneke’s pitiless and apocalyptic yet soul-searching Time of the Wolf. That Gibson’s fans could twist any of these to decry a demoralized Godless culture shows how far in decline we are. As Icon Pictures continues to profit off Mel’s Jesus-freak show, his movie’s logo emblazoned on trinkets and mini plastic crucifixes, and his glossy coffee table book graphically depicting every blood-drenched laceration, the least we can do is take refuge in true art, that which doesn’t need to pummel, admonish, or preach.