Best of the Decade #9: Boyhood 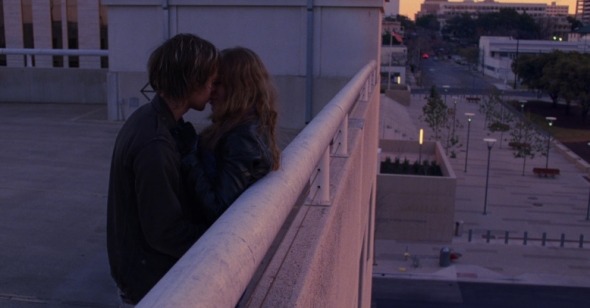 In the tragic world we live in, Richard Linklater is a blessing. Though an occasional hit-maker (Dazed and Confused, School of Rock, the Before trilogy), the Texan director can be otherwise described as the contemporary, North American response to Éric Rohmer. From his first feature, It's Impossible to Learn to Plow by Reading Books, Linklater has shown his unwavering commitment to a humane cinema centered on the passing of time. Films by others on the subject have resulted in austere or dramatic works burdened with life-and-death gravitas. Linklater’s films are no less truthful to the fleeting and immense experience of being alive, and yet achieve their quality with a refreshing, remarkable levity.

In 2014, Boyhood hit the theaters after 12 years in the making. The film had a simple premise and a challenging production plan. Casting in 2001 the then six-year-old Ellar Coltrane as Mason, Linklater set out to record the life of a child through maturity, alongside his older sister, Samantha (played by Linklater’s daughter, Lorelai) and their separated parents (Patricia Arquette and Ethan Hawke). If Boyhood has a clear, easily reducible synopsis—a story of coming-of-age and parenting in middle-class Texas—the lifetime presented within it is anything but simple: shot in 39 non-consecutive days, each year occurring in handfuls of hours when kids and crew were available.

For most of us, time is a linear experience, studded with the significant milestones that we call our personal history; seen from the outside though, one instant doesn’t appear very different from the next. Along the succession of such instances in Boyhood, things progress—hair, bodies, clothes, electronic devices—and manners evolve. We come to notice tiny changes, like that Mason swings his backpack differently from one scene to the next. We don’t need on-screen text or time markers to know that a year has passed. To be sure, Sandra Adair’s fluid editing and Kari Perkins’s consistent costume design contribute substantially to this continuity, as does the decision to shoot on 35mm, bypassing any differences that may rise from a digital technology’s perpetual evolution. The feeling of voyeurism inherent in observing someone aging onscreen quickly fades, giving way to a meditative ease. One event results from the combination of many others—Boyhood allows the viewer to compose and understand this. Its most remarkable cinematic event is the lack of any.

Challenging in the making, effortless in the viewing, Boyhood is so dense with scenes, words, and modest interactions that it is difficult to pinpoint a moment that would provide a comprehensive account of the whole. One notable distinction from Linklater’s classic day-in-the-life duration (It's Impossible to Learn to Plow, Slacker, Dazed and Confused, the Before trilogy, Everybody Wants Some!!) is the in medias res nature of the film. The opening scene has Mason looking up at the sky, waiting for his mother to pick him up. Arquette is framed walking through the school entrance with a casual pace and air that recall the aesthetic and temporal nonchalance of a TV series that just resumed after the ad break. In a subsequent early sequence, we find Mason playing outside, sitting in the dead space between the fences separating the neighbor’s property and his backyard. He has found a dead bird. A shot of the carcass is followed by a close-up of his puffy, expressionless face. Is this his first experience with death, or is he just hanging out before supper? Both understandings are true, but the focus is instead on this unremarkable gap, between physical and spiritual, between Mason and the world, between us and the screen.

Pushing the constraints of filmmaking, Linklater invites the viewer to experience the narrative’s duration at the pace of its characters. Over the last decade especially, much has been debated about the concept of slow cinema and its radical positioning in the theater space as well as in the festival marketplace. Richard Linklater—whose style is certainly not akin to that of Ben Rivers or Lav Diaz—has been excluded from this conversation for belonging, regardless of his evergreen indie roots, to a Western, Hollywood-affiliated mainstream cinema. However, his films—particularly Boyhood—are covertly transgressive, for their essences are found in the unspoken in-betweens of situations, in the blurred backdrops, in the capture of unscripted gestures: the intermittent play of sunlight and shadow as Jesse and Céline debate about their respective romantic and cynical views on life while traveling down the Seine in Before Sunset; the plot handovers and related camera work that punctuate and compose Slacker with gracefully casual staging. Over one weekend in Boyhood, Mason and Samantha’s father takes them to a Houston Astros game before they sleep over at the house he shares with another musician. Together they perform a sloppily sentimental “Daddy's Lullaby” for the kids: the lyrics reveal his fatherly love, and the editing cuts repeatedly to the children rapt at the improvised gig. On the table behind them a row of dominoes stands ready to fall, Samantha’s hand holding one of them. Where else has “time standing still” been represented so casually and yet so meaningfully? We know these kinds of cinematic images, because they’re usually used as fillers—the musical entr'acte, the pause between two actions—but in Boyhood they channel both Mason’s unique experience and the film’s greater ambition of recording (a) lifetime.

Whether Linklater’s philosophical concerns are casually hinted at (think of Céline musing that spirituality may exist in the little space between two people communicating in Before Sunrise) or overtly addressed, as in Waking Life, his artistry is committed to channeling theoretical matters into down-to-earth, everyday interactions. Boyhood is the quintessential Linklater film, key to a cinematic world that makes room for coarse comedy, Texas, politics, and pop culture. The irreverent and sporadic punk humor of Slacker (the Madonna pap smear scene) or Everybody Wants Some!! (a random “Eat Shit!” wall tag) is detectable in Boyhood’s pointless and hilarious encounters with those society would deem weirdos: the neighborhood kid who shouts swears upon request ( “Damn. Fuck. Go to hell. Ass”) and the lone madman a teenage Mason and his girlfriend see at a diner in Houston.

Linklater is also careful not to shut out sociopolitical realities specific to Mason’s life that might not fit the mold of most American indie cinema. The film plays with the director's Texan progressive pride when, during Mason’s sixteenth birthday, he and Samantha visit the parents of his father's new wife. The elderly couple welcome the siblings as if they were their own grandchildren and gift Mason with a bible and a rifle, both emblematic of a generous, flexible idea of “family” and conservative values. Religion, gun culture, and friendliness compose a sort of Texas trinity that—at least in the eyes of a non-American like myself—feels straightforward yet not simplified. In another scene, Linklater, with a frank and tolerant frame of mind, mocks both Obama's and McCain's supporters when Mason and Samantha go door-to-door canvasing during the 2008 presidential campaign. And in a moment that briefly impresses on the film contemporary trivialities, Mason is heard arguing that Star Wars could never have any more sequels—apparently one of the film’s few improvised lines. It’s one of many examples of Linklater’s ability to capture his actors’ spontaneity almost in a nonfiction-like fashion, which furthermore helps create authentic connections among the characters and fashion a sense of warm, casual conviviality.

If it seems as though there’s yet to be unanimous recognition of Linklater as an essential American auteur, it may be due to his laid-back disposition, his disinterest in taking the spotlight, his generosity. One of the lessons that Mason learns growing up is that the world is populated by good-hearted people and idiots alike. By representing his parents as people who are not only busy with parenting but also in the process of aging themselves, Linklater manages to articulate the imperfect nature of people. Mason’s mother may have exposed her children to an array of abusive boyfriends and husbands, but she is also responsible for their ultimately healthy and happy upbringing. And though his father becomes, against all odds, a responsible adult, he still fails to fully acknowledge the parenting efforts of his children’s mother. Among the many reassurances of Boyhood is its faith in the educational system: upon graduating from high school, a professor reassures Mason about his future in college, and then, just before parting ways, she casually adds: “Don’t forget to floss.” As though reflecting the director’s benign, supportive outlook, his teachers and boss are compassionate, intelligent individuals who understand and motivate him while sharing the grounded perspective in keeping with Linklater’s ethics.

Such pragmatic and empathic understanding of education is perfectly embodied by Mason's mother. To translate this personality trait to the political realm, the film includes the subplot of Enrique, a Latino plumber hired by Mason’s mother to replace some rusty pipes in the backyard. Impressed by his problem solving, she encourages him to attend night school. Some years later Enrique is the manager at a restaurant where she’s having lunch with her kids, and he reintroduces himself to thank her for the advice. While the mother’s pedagogical talent is finally acknowledged (her family otherwise seems unappreciative of her career achievements), Enrique feels merely a tool for asserting the complexity of a white character instead of a role of his own. This attempt at diversity—largely absent in his filmography otherwise—is admirable, but the outcome is uncomfortably patronizing and one-sided. One lesson we can draw from this is that it takes more than 12 years for the discourse about inclusion in visual cultures—which has drastically improved since the conception of Boyhood—to seriously impact what we see.

Despite this misstep, the film progresses. By the time Boyhood reaches its conclusion, Mason has come to embody the archetypal young Linklater man. Once a taciturn kid, he’s now a garrulous artist and wannabe photographer, voicing some of the director’s recurring concerns: a disenfranchised attitude towards mass culture and a playful fascination with alternative ideologies; a precocious anticipation of how technology is changing our brains, our behaviors, and society; a peculiar sensitivity to our relationship with time.

Boyhood opened showing Mason gazing at the sky. Twelve years later, in one of the last sequences, Mason stops, en route to his first day of college, at a gas station, pointing his camera at various items of interest: a rusty lamp, a fire hose, traffic lights. These ordinary objects enter his frame just as his life had entered Linklater’s, and then ours, enriching them with both subjective and universal meanings. The film’s journey through time has drawn its own coming-of-age: that of a contemporary cinema that can humbly, optimistically approximate life—if only other filmmakers would look further, and closer.