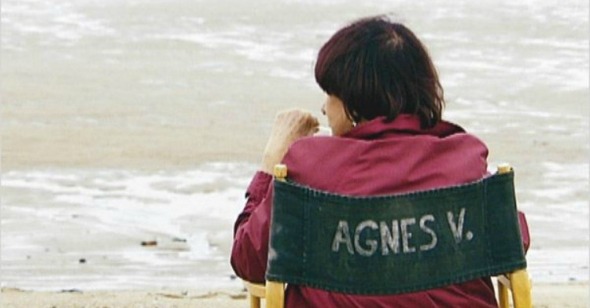 As with so many publications, at Reverse Shot, we’ve long prided ourselves on spotlighting the most exciting filmmakers in the prime of their careers. Sometimes, though, the freshest—the most provocative, stimulating, and unpredictable—filmmaker has been around for quite a while. In selecting the subject of our latest director symposium, we alighted upon a figure of constant surprise, of reinvention, of charm and oddity and intellectual freedom. She is one of the most thrillingly alive filmmakers working today—and she’s 88.

Agnès Varda’s every film, long or short, fiction or non, takes us by surprise. She greatly influenced the style and ethos of the French New Wave, and is today arguably its most vibrant remaining figure. She was making documentary-fiction hybrid films before there was ever such a category. She makes films of emotional resonance and personal exploration, often about society’s outcast and marginalized, imbued with an aesthetic rigor. She has long been a photographer and crafter of installations as well as a filmmaker, her art displayed in museums and galleries around the world. Her works reflect the times in which they were made, in terms of filmmaking and of politics, without ever seeming overtly trendy. Varda's films are intellectually daunting and completely accessible at once.

At different times in her career, she maintained a proximity to such figures as Jean-Luc Godard, Shirley Clarke, and, of course, husband Jacques Demy, without letting her career ever be defined by anyone. From La Pointe Courte (1954) to The Beaches of Agnès (2008), Varda has interrogated herself and the moving image, and has inspired countless others to think about the responsibility and power inherent in holding a camera. Her coined term “cinécriture” speaks to a unique style of cinema in which she wields the camera as though a pen. This has resulted in a singular, personal, and crucially feminist body of work.

In this symposium we will cover all of her major features, from fiction to documentary, from her iconic films to lesser-known titles like The Creatures, and will feature writing on her later installations and TV work. In all of these various works, Varda seeks to achieve a complex beauty, negotiating her political ideals with the world’s realities. She often spoke of her films in terms of utopias, and they often wrestle with the idea of this impossibility, featuring people who try to establish separate or ideal worlds that in some way they cannot maintain, from Le bonheur to Lions Love ( . . . and Lies) to One Sings, the Other Doesn’t to Vagabond to The Gleaners and I.

“This is not stupid happiness, the struggle goes on! As an artist whatever that means, I deal with images, I deal with dreams. If I'm utopian, that’s my way!”

In our contemporary artistic and political climate, we need more Agnès Vardas.

Go to the articles. Check back daily for updates.