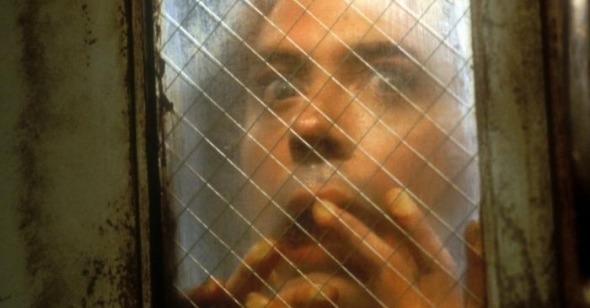 Shriller
Nick Pinkerton on In Dreams

An assumption of any auteur-centric writing, of the sort to which Reverse Shot devotes its every second symposium, is that for Directors of Note even a failure is necessarily a compelling failure, worthy of serious consideration if only for its place in the context of the filmmaker’s body of work. So much the worse for me when I, uninitiated to the director’s oeuvre, first saw Neil Jordan’s In Dreams at the Norwood Super-Savers Cinema in Cincinnati on the $2 second-run of its initial release. Naïve as I was, rather than seeing an ambitious-if-flawed entry into a career-long study in the elasticity of gender identity, I merely suffered through a particularly lush cinematic embarrassment. That said: Jordan-philes may be able to extrapolate some value from this Annette Bening–fronted femme-hysteria thriller, a close cousin to the following year’s similarly wretched and waterlogged Pottery Barn–accessorized WASP thriller What Lies Beneath. I am not of their number; I cannot say. In Dreams, re-watched, looked at any which way, remains a fundamentally miscalibrated movie of rather piquant badness, the work of a preternaturally talented hack, if such a thing can exist.

The film opens with an overture of weird, luxuriant atmosphere: an empty church, the flooded center of a small town that’s been evacuated for the creation of a reservoir. Pews are swept away, stained glass punches in under water pressure, and composer Elliot Goldenthal’s score, a sodden chorale, prepares us for the ethereal. A slow aquatic tour of the sunken town; a domestic scuffle that roils from a house’s swelteringly red attic out onto the porch and a lush, fresh rainstorm; a lavish outdoor children’s performance of Snow White that recalls the Dieterle/ Reinhardt A Midsummer Night’s Dream, where the warm, diffuse light of a hundred tree-hung rice paper lanterns becomes suddenly, upon the discovery of a kiddie’s abduction, a sweeping army of constables’ flashlights. These and other moments show the production team’s “See what we can do” panache, and this proof of masterful hands at work is, for a good half-hour at least, enough to make one forget that this movie has a story to tell.

Bening is children’s book author Claire Cooper, residing in a rural Massachusetts whose Autumn atmosphere seems hysterical and hyper-real thanks to lavish filter application by cinematographer Darius Khondji (who did similarly pronounced camerawork for David Fincher and Jean-Pierre Jeunet & Marc Caro). Promising enough—most of America’s best ghost stories have had New England for their background, and with good reason—it’s our oldest intact country; it has the most ghosts. Claire seems especially attuned to that population of spirits: she’s got the Sixth Sense, the “Shining,” Wise Blood—in short, she sees things, communing with a kidnapped local girl, even hearing the identifiable, B-list lisp of the child’s captor, in little fits of clairvoyance that always seem to come across her during foreplay, leaving her to clutch her nightgown, flex her neck tendons taut, and roll a strategic tear into her 500 thread-count cream-colored sheets. She shares a house with a sweet slip of a daughter and, sometimes, her airline pilot husband (Aidan Quinn, ostensibly embarrassed by his wife’s overactive imagination, though he comes to just seem ashamed of the movie around him), until those dreams overflow into her life, bringing tragedy. From there it’s off to the familiar rust-and-puke-green-peeled-paint asylum that, apparently, no one from the outside world ever visits, because God knows they’d demand a little upkeep (both the film’s cinematographer and set designer, Nigel Phelps, worked on Alien: Resurrection, and it shows), and to the same used-tropes warehouse (“Who’s really insane, here?”) soon to be ransacked by Halle Berry & Co. in the eminently forgettable what’s-it-called-oh-yeah-Gothika, where nobody believes our heroine’s claims of psychic premonition just because they’re completely batty and untenable. But Ms. Bening at least gets a chance to act up a storm: that neck just flexes, and flexes, and flexes…

The quote’s often been attributed to Sir Alfred Hitchcock that a thriller is only as good as its villain—a thumpingly dumb adage if he’s responsible for it, though Hitch at least had the good sense not to apply it to his work (I’d hate to think Vertigo is only supposed to be as good as…Tom Helmore?). But the structure of In Dreams leans so heavily toward the foreboding prospect of its mysterious killer—half-glimpsed in clairvoyant flashes, the narrator of Claire’s portentous nightmares—that it demands a doozy of a characterization to right a movie that’s gone under with the burden of its appalling starlet’s hoarse arpeggios of practiced hysteria. And when the movie basically needs to produce a Harry Lime to justify its existence, what do we get? A freshly-sprung, tic-riddled Robert Downey, Jr. in hobo-transvestite digs. With a fright wig. Living in an abandoned orchard barn. And sporting a name that will doubtless join the annals of horror, alongside the Universal Studios standbys, Freddy Krueger, and Eddie Munster: Vivian Thompson. Vivian. Thompson.

I had by then, of necessity, hit the end of a six-pack when re-watching, so forgive me if I’m a little foggy on where things go from here… I do know Downey mutters and minces and waggles his fingers through fingerless vagabond gloves and—booga booga!—slides down an apple chute after Mrs. Beatty before the cops or the cavalry come on the scene—squint a little and it’s kind of the end of The Silence of the Lambs. I’m probably not far from right in thinking that, back in 1999, at the Norwood Super-Savers Cinema in Cincinnati, I gave the movie as accurate a review as it’ll ever get when the lights came up: “What the fuck was that?”