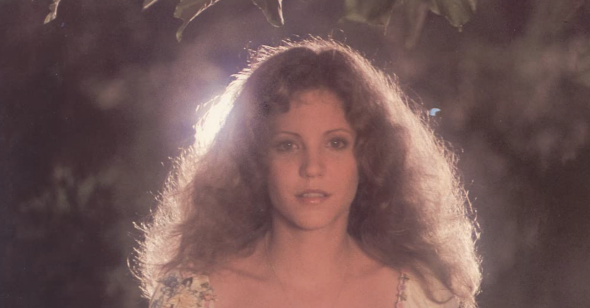 It’s a commonly held truth that you have to learn something before you unlearn it. It’s a lesson that Brian De Palma undoubtedly did not, but probably should have, imparted to his students before embarking on the school project that resulted in Home Movies (1980), a trouncing of basic narrative parameters made in part by kids who had never wielded a camera before. Sandwiched in between two of his most luxe signature thrillers, The Fury and Dressed to Kill, Home Movies was all at once a genre prank, somewhat of a self-professed elaborate joke, and an instructive school project, as investigative of the rules of filmmaking as anything De Palma ever wrapped his head around, yet as uncharacteristically disassembled as could be imagined. A true wrench in the works for the De Palma filmography, especially for aficionados who desperately try to recoup everything as part of a concrete whole, Home Movies is definitely traceable as a piece of De Palma mischief, but at best it seems a sketch, and at worst unwatchably, smugly makeshift, something that even De Palma’s most woebegone gambits avoid.

Yet Home Movies is no slovenly one-off; it’s a fascinating example of auterism run amok (with the aid of a host of undoubtedly wary acolytes and shot mostly on campus), atypically shot in 16mm and with a cost of $400,000 in an age when the Coppolas and Ciminos were escalating to ever more grotesque swollen price tags and skyscraper-high concepts. Of course, it’s the film’s origins as a group effort produced in conjunction with his students at a Sarah Lawrence College course De Palma taught on low-budget filmmaking, during the winter-spring 1977-1978 semester, that have largely helped the film wriggle off the hook. Its designation as an “experiment” has perhaps also given it a free pass, or at least the leisure of singularity in De Palma’s wide-ranging, divisive oeuvre. Yet there’s an essential shoddiness here, so unlike De Palma even in his most questionable moments; a sense that the basic tenets of film craft have been kicked to the curb with flagrant nonchalance. Did the kids take over? If so, then why is the film crammed with signature De Palma themes, interrogations, and character actors? Is the film an attempt to recapture the Shangri-la of freeform comic riffing and anything goes experimentation that marked his earlier The Wedding Party and Greetings? If so, then why does it so desperately try to follow a relatively straightforward comedy narrative, complete with kooky dysfunctional family dynamics and sex-comedy antics? Home Movies exists in a nether space between a rejection of Hollywood linearity and enslavement to comic convention; it seems mostly a failure, even as it teases and prods at some fascinating concepts.

If you unknowingly wandered into Home Movies, you might think it a National Lampoon’s presentation, albeit one with a particularly rigorous anti-aesthetic. Whereas De Palma’s early comedies were infused with a selfless abandon in their humor and a Godardian rigorousness in their politics, this one seems desperate and moldy. As this and the later Wise Guys proved, you can never go home again: De Palma had already parlayed his comic streak into new forms, letting it bubble up around the tattered edges of his slashers and horror shows, manifesting in surprisingly ornate ways, oftentimes indistinguishable from the films’ shock value. The comedy in his earlier works felt effectively antiestablishment, and therefore De Palma’s flouncing of filmic rules weren’t abrasive; here, single takes and overly aestheticized compositions, when coupled with a high-pitched slapstick domestic comedy of manners, simply come across as half-hearted—this is a comic form predicated upon the expert timing of actors and the subtle deployment of reaction shots. Keith Gordon, as wide-eyed and sweetly horny protagonist Dennis, and Nancy Allen, as his machismo-spittling and very probably closeted brother’s tormented, “reformed slut” fiancée Kristina, register as likable, yet the comedy De Palma is attempting here needs more rhythmic, sketchy punch. It’s desperate for a John Belushi or a Chevy Chase; without someone up to the task, all that’s left is an off-putting naturalism, abrasive in wholly unedifying ways.

If Home Movies is bereft of the overt politics of De Palma’s earlier films, then at least it’s vigorously concerned with the politics of identity (racial, familial, sexual)—everybody’s watching someone, while those who watch are being watched in return. It’s Voyeurism 101: Dennis’s film teacher, who pompously insists to be referred to as the Maestro (Kirk Douglas), and is known by no other name, demands that the young man record every moment of his comically traumatic life, to focus a discerning lens on his unrepentant philandering father (a grotesque, sex-addled Vincent Gardenia), his pathetic doormat mother (Mary Davenport), and his “Spartanetics” troop leader brother James (Gerrit Graham, best remembered for his vaguely offensive limp-wrist routines as the flamboyant “Beef” in Phantom of the Paradise and draft-dodging Lloyd in Greetings), teaching a class in desperate uber-masculinity. Explorations in Star Therapy, he calls it, a means of making oneself the protagonist in his own life as opposed to just a meager extra. To add complications, the Maestro occasionally pops up (probably only as often as Douglas’s meager salary would allow) to record Dennis in the recording process. The film’s one major detour involves another form of surveillance, that of James attempting to monitor Kristina’s intake of fast food and cock, both of which she was once apparently addicted to—Allen’s voracious hunger for both is perhaps the film’s one workable joke, although so often her victimized temptation veers uncomfortably into the melancholic, and her appetite for all things meat heads in unexpectedly manic, possibly tragic directions.

The whole thing feels slapdash and leaden, yet if the blame, as many want to claim, is to fall greatly on the shoulders of the students, then why are all of De Palma’s recurrent pet themes so rudely shoved into the forefront? There’s no sense of give and take, the mark of true collaboration—it feels more like a field trip into the unknown wilderness headed up by a particularly dictatorial chaperone. “Star therapy is truth—the camera never lies,” chants Douglas’s Maestro, who at one point catches Dennis playing peeping tom in a tree. The Maestro’s insistence that Dennis, and all his students, become stars in their own movies, is a provocative mirroring of De Palma’s own positioning as both teacher and filmic overlord, controlling the image for both his captive audience and crew. That De Palma held on to his class’s collar too tight, choking it of all spontaneity, while simultaneously demanding it, proves his own point far too well.