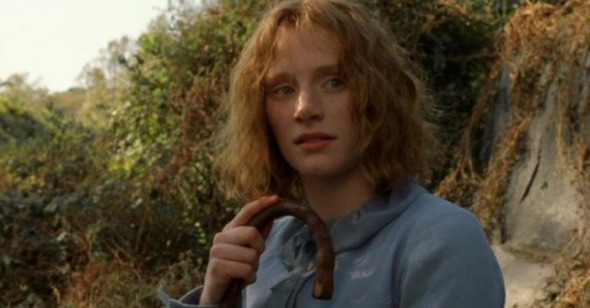 It never hurts to state the obvious. And when dealing with politics it‚Äôs often necessary to do so repeatedly. In any crowd there‚Äôs always someone who‚Äôs not paying attention, someone who at the slightest nudge might look up from their iPod, laptop, sitcom, or ‚Äòzine and realize that there are issues and tragedies that might require their attention more urgently. It‚Äôs impossible to quantify the possibility inherent in a simple, obvious statement, which is why the irony feels so cruel that, especially in this cinematic and civic landscape, a film can get dismissed for wearing its political intentions on its sleeve by writers who probably agree with its sentiments through and through. Spike Lee is a regular recipient of such criticism, and this year an unlikely suspect in M. Night Shyamalan took up the banner of political critique draped in allegory and waved it around, hoping someone would notice what he was up to, only to have his The Village shot down again, and again. But why? For being too obvious, it seems. But where else in 2004 could we look for a film that tried to deal directly with post-9/11 America in a fictional context? And in the end, was The Village really obvious enough to turn its ‚Äú#1 Thriller in America‚Äù tag into a spark for political activism? If Shyamalan wants to present us with a society bound by a fear of the unknown fostered in its populace by leaders paralyzed with denial and hint that this vision is not too far from what we‚Äôre living through in the United States these days, then, like the film or not, the work at least deserves to be taken seriously beyond knee-jerk reactions. Stepping outside of the theater, is there anything silly about the course our country is currently on?

To be honest though, ever since The Village was met with distressingly dismal notices last summer, those of us here at Reverse Shot who loved the film (a slim majority) have circled the wagons, questioned ourselves, and wondered if maybe we got things wrong this time. Unless you‚Äôre Armond White, being the only critic keeping the light on for a film isn‚Äôt terribly fun work, and the difficulty of the position only increases in relation to the passion for the film in question. There‚Äôs certainly a disconcerting pack mentality amongst major critics (especially with limited releases that allow a handful of writers from New York and Los Angeles to browbeat the rest of the big dailies into line) that makes dissent admirable, but sometimes it gets awfully lonely out in the wilderness of ‚Äúyeah, sure‚Äù glances, and conversation-killing exclamations. Some of us saw The Village repeatedly, reporting back that, yes, the film still held the same curious power, even perhaps deepening in resonance across viewings. One of our newest staff writers just caught up with the film a few weeks ago‚Äîin Russia, no less‚Äîand telegraphed in a resounding call of support. Another will be questioning our praise of it in this very issue. A total non-event in the critical community at large, the zombie-like response to The Village has come, for many of us, to represent a host of problems with the practice of film reviewing today. Too idiosyncratic to be solely and easily pleasurable, yet wrapped in the easy-on-the-eyes trappings of major studio monies, Shyamalan‚Äôs latest is a nether-film, a point where the system seemed to break down, and nowhere was anyone reviewing what was actually on the screen.

It didn‚Äôt help that constructing a teleology of Shyamalan‚Äôs works that ends with him lodged firmly within his own anus is all too easy given a trajectory that ends (so far) with a film as willfully bizarre and off-putting as The Village. You could start by criticizing the director for taking the critical and financial success of The Sixth Sense and indulging his youthful passion for comic books and superheroes, and not his audience, in his second film Unbreakable, if that film weren‚Äôt the most overlooked, most unassuming of the recent spate of enhanced-human adventures. You could then argue Signs as a blatant, and mostly successful, attempt to re-win the $150 million dollars worth of audience members Unbreakable lost, if not for the curious (ok, a little silly), aliens ‚Äòn‚Äô faith mash-up that accounted for its weakest, yet most fascinatingly personal, elements. With The Village Shyamalan supposedly made his least successful thriller, with the least successful employment of his signature twist, even though the film makes only peripheral stabs at fitting into a genre, and one only truly encounters this supposed ‚Äúsignature‚Äù in only one of his other films (The Sixth Sense). Marketing materials led people to expect a ‚Äúreturn to form,‚Äù but that‚Äôs what marketing materials are supposed to do: sell things. Viewers who were unable to check their desire for visceral scares (Shyamalan is more interested in an operatic vision of horror here) and mindless thriller narrativity (all of his films are thrillers in name only, there‚Äôs always much more bubbling underneath the surface) ended up seeing the wrong movie.

Like Wes Anderson‚Äôs The Life Aquatic with Steve Zissou, The Village seems acutely aware of the relationship between filmmaking and mythmaking, an inquiry all too welcome in the face of society‚Äôs current desire to dead-end culture into the morass of reality television. Yet both works are suspect of the power of myth to elide those aspects of the real more comfortably ironed over by a good yarn. As in the films of Atom Egoyan there‚Äôs a festering rot at their core. But where Anderson lightly pulls Steve Zissou out of the mire of self-absorption to a bossa nova beat, Shyamalan seems focused on those instances in which myth wins out. As his village‚Äôs elders solemnly vote to continue their ‚Äúway of life‚Äù even in the face of shattering evidence of their inability to truly do so, one can‚Äôt help but be reminded of the constant stream of bad news coming from Iraq, and the ‚ÄúHey it‚Äôs not so bad!‚Äù assurances of our government‚Äôs replies. But as his blind protagonist Ivy (Bryce Dallas Howard in one of the overlooked performances of the year) confronts the world outside her tiny hamlet, realization sinks in‚Äîeven if given the opportunity to know, most in the village might be completely unable to comprehend the truth, and others might choose to stick with the fiction. Call it obvious or silly if you like, but one need look no further than our last election for illustration of the massive, comforting power of a lie.

Even if you don‚Äôt buy into Shyamalan‚Äôs allegorical superstructure, it‚Äôs impossible to ignore how effectively he crafts his tale from moment to moment. Shyamalan may be second only to Spielberg amongst commercial filmmakers working today in successfully branding his films as his own while adapting to fit the needs of the particular project. Having nearly completely eschewed standard shot/reverse shot patterning in previous films, with The Village he‚Äôs made his most radical formal departures yet. Consider the first 20 or 30 minutes of the film, and how he moves from a quietly unsettling opening shot into a series of disconnected vignettes of daily life among the village‚Äôs denizens, revealing a narrative control and fluidity unseen in earlier works that focused on a small, tightly knit group of characters. Shyamalan moves easily between segments and his large cast of characters, yet in this very motion he‚Äôs already introducing a feeling of constructed-ness to his community, setting the stage for the ‚Äútwist,‚Äù that‚Äôs more important to pay heed to than the intermittent moments of portent inserted only in homage to the genre he‚Äôs busily subverting. Capping this opening movement with a trembling Jesse Eisenberg lit by firelight, arms outstretched with his back to the forest and capped by a ridiculous, incongruous bowler only heightens the sense that some kind of circus act is at play around the edges of our awareness.

Throughout the film, moments of emotional reveal or dramatic import are often seen from afar or from the wrong angle as if to suggest with his camera that something in the foundation of the way this story is being told has gone awry. But it‚Äôs in a single shot, from a stationary, resolutely placed camera that Shyamalan reveals his grandest theme. As Ivy and Lucius (Joaquin Phoenix) confess their affections on a barely lit porch, mist roiling in the darkness behind them, the sense of wonder in the face of this expression of love is palpable. Later, Ivy‚Äôs father (William Hurt) declares that world ‚Äúkneels before love‚Äù as he defends his decision to let his daughter leave the village and venture to ‚Äúthe town,‚Äù and you‚Äôd be forgiven for suspecting the line was ripped from a D.W. Griffith intertitle. I recently read an article which misguidedly attempted to link The Passion of the Christ to Griffith‚Äôs films through supposedly shared earnest emotional qualities. Gibson‚Äôs film is earnest and emotive, but in horrible, frightening ways; here Shyamalan more successfully captures the underpinnings of films like Intolerance and Orphans of the Storm and even manages to turn his abstractions and discontinuities into an early 21st century update on Griffith‚Äôs clockwork dramatic pleasure mechanisms. Maybe it‚Äôs na√Øve of Shyamalan to offer mere ‚Äúlove‚Äù as a combatant to fear and repression, but you have to admire his devotion to the course. It‚Äôs a thread running through all of his movies, yet in The Village finds it purest expression.

Now for my surprise ending: I‚Äôm not going to address the relative success on failure of the ‚Äúsignature‚Äù twist. To do so would be to validate all those critics who reviewed a 108-minute movie on the basis of eight of those minutes, and possibly ruin the experience for those out there who haven‚Äôt seen it for a first time. (Trust me, though, it‚Äôs even more heartbreaking during a second viewing.) There is plenty more that could be said about those qualities of The Village that landed it on this list, but it‚Äôs the actual experiential factor that‚Äôs the hardest to convey. It begs to be seen, with an open mind of course, and hopefully something of what I‚Äôve said about this film that I regard so highly will convince those who stayed away to give it the chance that it never received. Forget what you‚Äôve heard‚ÄîThe Village isn‚Äôt a bad film, silly, obvious, any of that rubbish. It‚Äôs actually a great film that stands apart from just about anything that came out this year. Unfortunately, the reasons why it isn‚Äôt being lauded as such are all too easy to see, given that the taste-making community exists in a village of its own, all unto itself.