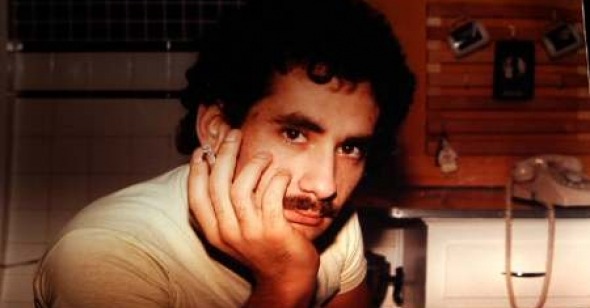 Richard Berkowitz, the man at the center of Daryl Wein‚Äôs intelligent and engaging Sex Positive, is the ideal documentary subject: with his combination of self-effacement and daunting confidence, Berkowitz easily commands the screen throughout its short running time. Such an appealing figure is especially crucial for a film that focuses on a subject as potentially didactic and strictly educational as the promotion of safe sex for the gay community. Yet director and editor Wein smartly doesn‚Äôt use Berkowitz, a groundbreaking writer and safe-sex spokesman who contracted HIV in early eighties New York, as a mouthpiece for an agenda-driven doc; rather he presents the debates surrounding safe-sex discourse, and its connection to scientific theories surrounding the virus itself, as integral elements in Berkowitz‚Äôs biography. In a sense, Berkowitz, who‚Äôs all at once wily, compelling, articulate, and sardonic onscreen, is the hook: once we‚Äôre sucked in, though, we learn a great deal about the history of the epidemic, and the various responses to it, presented in a sharply linear fashion.

What makes Berkowitz‚Äîwho nationally spoke and wrote on the practice of safe sex at a time when many gay activists, such as the Gay Men‚Äôs Health Crisis‚Äôs Larry Kramer, were trying to distance the community from such loaded terms as ‚Äúpromiscuity‚Äù and thus from Berkowitz‚Äîan engaging, even seductive, conduit through which to examine the era is not just his presence onscreen but also his personal history. One might call him a reluctant activist, if even an activist at all, as his seeming hesitancy to delve into certain aspects of his past helps reveal. Now a self-proclaimed ‚Äúold fart,‚Äù Berkowitz, after coming out early and first showing signs of political engagement battling homophobia at Rutgers, had found his erotic calling as a hustler specializing in S&M. As the interstitial moments that open Sex Positive‚Äîshowing an off-the-cuff Berkowitz arguing with the filmmaker about not wishing to discuss his once-upon-a-time sexual practices‚Äîillustrate, he doesn‚Äôt want to dig up stuff that had once stigmatized him, and perhaps even damaged his promise as an important voice in the battle against AIDS.

Yet Wein and Berkowitz ultimately don‚Äôt shy away from this aspect of his life, delving somewhat graphically into his memories of sadomasochistic eroticism, a decision that not only helps the film from being another PBS-friendly look back at AIDS but also an unabashed and even transgressive portrait of sexuality. Going beyond Berkowitz (but always gravitating back to him), Wein paints a vivid picture of the landscape of urban sexual experimentation in late seventies and early eighties Manhattan, gradually and richly weaving in the stories of the aforementioned Kramer (who‚Äôs framed as something of a nemesis to Berkowitz, as their evident continued antipathy towards each other demonstrates), Dr. Joseph Sonnabend (a research scientist whose controversial, now largely refuted, theories about AIDS being transmitted not from a single agent but from a combination of multiple exposures greatly influenced Berkowitz‚Äôs viewpoint), and the now-deceased Michael Callen, who tirelessly worked alongside Berkowitz to promote safe-sex awareness. Filling out Wein‚Äôs tapestry are archival interviews of Berkowitz and Kramer arguing on CNN in 1982 and old sound bites of right-wing hysteria from the nightly news, including everyone‚Äôs favorite 2008 election pundit, Pat Buchanan, claiming that it‚Äôs the ‚Äúheight of irresponsibility‚Äù for the gay community to ask for government funding for AIDS research, as it‚Äôs their ‚Äúfault‚Äù in the first place.

Of course not all of the found footage is equally revelatory‚Äîwitness the copious amounts of standard, grainy Gay Sex in the 70s B-roll, with images of shirtless, supposedly hedonistic men in short-shorts set to the rhythms of ‚ÄúMama Told Me Not to Come‚Äù ‚Äî and not all of the talking heads on display are given their fair visual shakes (another former hustler and associate of Berkowitz‚Äôs is framed in the most grotesque manner possible, supine with his belly hanging out over sloppy shorts; meanwhile, Mama Berkowitz gets a frumpy outdoor medium shot that makes her often delightfully addled remarks seem overly buffoonish). But these are minor complaints about a sophisticated work of nonfiction that does its very standard format proud. Apart from its subject‚Äôs continued urgency (as of 2007, the film states, one in four gay men in New York have HIV, and the fastest growing infected group is males between ages 13 and 19), Sex Positive is bracing in its honesty: towards the end of the film, a handful of the film‚Äôs interviewees admit to never having heard of Richard Berkowitz. It‚Äôs information that Wein could have left on the cutting-room floor, as it somewhat undermines his subject‚Äôs stature. Instead, it adds a new spin to all we‚Äôve seen before, and it‚Äôs further proof that the greatly unknown history of safe sex is one that needs excavating.