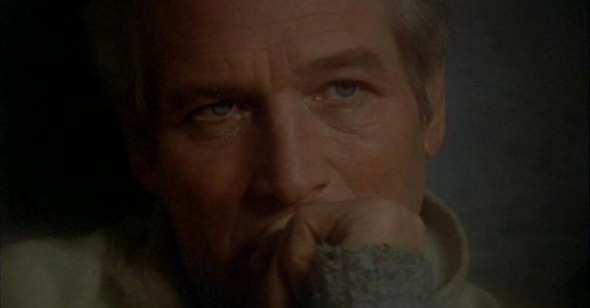 For those of us who weren’t there to watch his career unspool in first-run theaters, it’s been rather difficult until recently to understand the full scope of Robert Altman’s life in movies. Plenty of young American filmmakers may imitate or homage him in whatever facile ways, but his bulldozing work ethic is little imitated nowadays.

For those not living in the distance of a good repertory house (and by the mid-Nineties, that included most of us), DVD has been invaluable—California Split is regained, a widescreen Nashville’s made that movie’s status unimpeachable for a new generation of viewers, and I was ecstatic to see that Images, long one of the least valued and certainly least available of the director’s great works, now has the opportunity for reappraisal. And while I’m patiently await a nice disc release of That Cold Day in the Park, Altman’s 1969 exercise in sustained sexual hysteria, a stronger film than the better-known Repulsion, the archival roll-out continues abated. And as the back catalogue giveth, so the back catalogue taketh away—valuable time at least—which brings us to the matter of Quintet, now available on DVD as part of 20th Century Fox’s four-film grab-bag “Robert Altman Collection.”

Apparently the film has its enthusiasts—in a not-bad featurette extra, Altman claims the contemporary existence of “Quintet clubs in Minneapolis and places like that” (the backgammon-like board game at the center of the film’s futuristic non-culture was actually invented, with working rules, by Altman and crew), which struck me as every bit as dubious a claim as John Boorman’s statement on the Zardoz commentary that, even three decades after the fact, he’s feted at personal appearances by fanboys with loaves of green bread. But as it’s a sure thing that Advanced Dungeons and Dragons is even now being played in a thousand American basements, I can’t sell short the longevity of such tenaciously uncool obsessions.

A year before The Empire Strikes Back kicked off on the ice planet Hoth, Altman and Fox rolled out this, their own frigid sci-fi, with a bit less hoopla. We’re living in the ice age; Paul Newman and his mate, Brigitte Fossey, heaped under piles of clothes and looking somewhere between Flemish serfs and Eskimos, trundle alone out of the South, headed for “the city” (in fact the disused interiors of the Expo ’67 island in Montreal). A cursory glance at the movie’s trappings (a climatically tweaked version of Eighties post-apocalyptica, with your usual futuristic underclass warming their hands over barrel fires) and it just doesn’t seem like a Robert Altman movie—not that that’s such an easy thing to define. Still, I doubt if I ever would’ve suspected it was such without the benefit of the opening credits; it seems like the sort of movie, in content and quality, that I might’ve seen as a kid on Cincinnati’s Star 64 channel (before it became a WB affiliate—or maybe pre-FOX 19 WXIX) in Sunday matinee line-up, squeezed between The Beastmaster and Krull. There are even times when the city’s network of frost-paralyzed escalators makes it feel like The Apple’s brave new shopping mall put into deep freeze.

What evidence exists of artistry comes through in its atmosphere. The film is shot, more-or-less throughout, with a lens that leaves the image foggy on all four sides, with only an oval in the middle of the frame in crisp focus—the effect is something like peering through a window pane rimmed with frost. Or maybe like looking in at figures frozen under ice—which is probably more appropriate, as the window implies warmth from within, maybe a blazing hearth. And there is so little that seems warm in this movie: the cast seems genuinely numb in the Quebec winter, breath rolling out in plumes; the score, by Tom Pierson, is full of shivery plucks, little slippery flutes. The movie is very, very slow, even—appropriately—glacial. It starts out trudging; it ends trudging. And in between it trudges—through a particularly lugubrious mystery, past a half-thawed romance, and into a final faceoff with a bellicose Vittorio Gassman (the movie’s casting screams “International Investment”) that plays a bit like the blizzard showdown at the end of McCabe and Mrs. Miller. But. Whiter. And. Slower.

The revelation comes that, in this world bereft of warmth, hope, sex, or friendship, some of the populace have taken to an offshoot of the titular amusement (“There’s nothing left but the game!”) that raises the stakes to the real world kill-or-be-killed arena. Referee Fernando Rey (who gets to wear a frayed throw pillow on his head through the film) identifies the reward of the competition as “feeling the heat of the adrenaline rushing through your body,” but even Buuel’s sexual gourmand seems to have lost the tang of his line readings in the arctic, and the movie never warms up enough to vicariously pass along the flushed thrill of assassination. Though so much of this story might suggest a mystery/ thriller, the highs and lows have been attenuated by the slogging tempo and all that interminable whiteness.

The more I think on it, though, I wonder if my mistake in approaching Quintet might be in letting those silly costumes make me place it in the context of a Sunday afternoon movie—for, while disappointing in that context, it might’ve been just the thing to catch in the early a.m. hours. Certainly all the mismatched accents, that bleary lens, those long, steady zooms, the weary pace, might reveal some dreamy, soporific element to the movie, and I can think of a dozen worse qualities for a film to have. But the difference between Quintet and top-drawer Altman like, say, That Cold Day in the Park, is the difference between a great talent for ambience propping up a middling script, and a bracing alchemy between atmosphere and material. Or, if you prefer, the difference between a cold that’s simply freezing, and one that really lacerates.