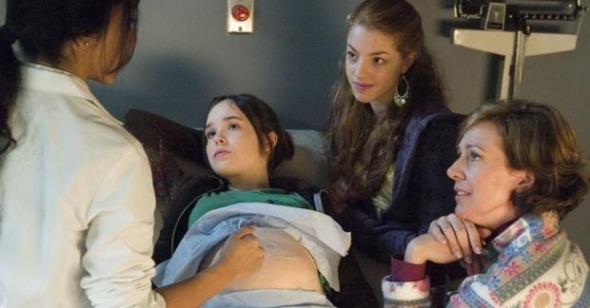 In a recent Atlantic Monthly essay, Michael Hirschorn sniffed at the prevailing sensibility in indie-hipster culture. ‚ÄúWe‚Äôre drowning in quirk,‚ÄĚ Hirschorn wrote, worrying that the ethos had made virtues of insularity and weightlessness. The diagnosis was astute, even if the net was cast too wide. (Lump in Arrested Development and The Royal Tenenbaums with Napoleon Dynamite and Garden State? I don‚Äôt think so.) Hirschorn called quirk the ‚Äúembrace of the odd against the blandly mainstream,‚ÄĚ but that definition doesn‚Äôt quite get at the problem. For it‚Äôs not the embrace of odd that he was railing against, it‚Äôs the dumbing-down of it. In the movies, contemporary quirk has become less about opposing the mainstream but being accepted by it. The quirk-mongers of Indiewood, the worst offenders of them all, have drained the words ‚Äúeccentric‚ÄĚ and ‚Äúweird‚ÄĚ of all meaning. They have accomplished what mainstream culture normally does: they have banalized the marginal and the offbeat.

Enter Jason Reitman‚Äôs Juno. It arrives in theaters with a formidable aura of buzz and inevitability. Telluride and Toronto screenings played to enthusiastic crowds. Critics and journalists have been whipping out their thesauri to find new ways to say ‚Äúedgy,‚ÄĚ ‚Äúhip,‚ÄĚ and, yes, ‚Äúquirky.‚ÄĚ The sell job has been impressive: an interview with Ellen Page on Pitchfork, word-of-mouth screenings in select cities, and the sudden ubiquity of Diablo Cody, the former stripper-turned-blogger-turned-bestseller‚ÄĒtalk about a publicist‚Äôs dream bio‚ÄĒnow tipped as a shoo-in for an Oscar nomination for screenplay. But lest we be distracted from the movie‚Äôs merits by its hype, let‚Äôs state for the record: Juno is occasionally funny, rarely intelligent, and often annoying. A crowd-pleaser for people who like to think they‚Äôre above crowd-pleasers but are actually not, it‚Äôs going to be huge.

The movie drowns you in quirk from the get-go. A 16-year-old girl (Page) takes swigs from a jug of Sunny Delight as she recounts for the audience how she came to her desperate pass: she has just found out she‚Äôs pregnant. Sealing the diagnosis with one final pregnancy test (‚ÄúYour eggo‚Äôs prego,‚ÄĚ says Rainn Wilson‚Äôs convenience store clerk), she decides to get an abortion. But on the way, she encounters a pro-life classmate protesting outside the clinic who says that her fetus probably has fingernails already. (As a bonus, the classmate is Asian and speaks grammatically incorrect English. Hilarious!) Between that appeal and the dingy waiting room, Juno makes her decision: she‚Äôs keeping the baby and will give it up for adoption.

The choice is received with convenient equanimity by her loving dad (J.K. Simmons) and stepmom (Alison Janney)‚ÄĒlittle more than mascots here. No less passive is Paul (Michael Cera), her best friend and the guy who knocked her up during a bored hook-up. The only tension comes from Juno‚Äôs relationship with the adoptive parents whom she finds in a Penny Saver ad, a handsome yuppie couple who live in a McMansion at ‚ÄúGlacial Valley Estates.‚ÄĚ In a satiric knock that has all the bite of a Bush joke, Mike (Jason Bateman) is a sellout with a Peter Pan complex while Vanessa (Jennifer Garner) is an uptight career woman who just wants to be a mother. How American suburbia will survive this withering critique, I don‚Äôt know.

These scenes transpire featuring dialogue whose primary objective is to remind us of Diablo Cody‚Äôs peerless taste and knack for repartee‚ÄĒor preening overwriting, as it so happens. Coming back from a distressing night with Mike and Vanessa, Juno is greeted by dad with, ‚ÄúYou‚Äôre looking a little morose.‚ÄĚ That ‚Äúmorose‚ÄĚ is an eye-roller‚ÄĒwhat‚Äôs wrong with ‚Äúsad‚ÄĚ or ‚Äúdepressed‚ÄĚ or ‚Äúbummed‚ÄĚ? (It reminds me of Kingsley Amis‚Äôs criticism of his son Martin‚Äôs prose: ‚ÄúI think you need more sentences like ‚ÄėHe put down his drink, got up, and left the room.‚Äô‚ÄĚ) In the next breath, the words ‚Äúskanky‚ÄĚ and skeevy‚ÄĚ tumble out of dad‚Äôs mouth, drawing laughs from a crowd conditioned to guffaw at the sight of a grandma cursing or a kid flipping the bird. Though bearing a superficial resemblance to Enid from Ghost World (Cody actually used that screenplay as a guide for hers), Juno never evolves into a recognizable human being. Page is actually fine in the role, but there‚Äôs little‚ÄĒor perhaps too much‚ÄĒto work with here. With every line working overtime to be a kewl bon mot, much of it less clever and funny than Cody thinks it is, Juno remains nothing more than an authorial mouthpiece that not even the late (and inevitable) stab at pathos can flesh out.

Compounding matters is Reitman. His debut, the kinda-sorta funny Thank You for Smoking, was smug, polished, and broad as a barn. He brings the same palette and technique to Juno, painting in loud colors and big strokes, never once trusting the audience to find the joke for themselves. Reitman and Cody seem to think that all it takes to deepen a character is to hand out eccentricities like party favors. For Paul, let‚Äôs have a Tic-Tac habit; for the stepmom, how about an obsession with puppies? Then there‚Äôs the (literally) running joke of the high school track team, in their burgundy tank tops and golden short shorts, entering and exiting the frame whenever a cheap laugh is called for. If the dialogue is sub-Tarantino, the deadpan strangeness is sub-Wes Anderson. The only respite comes from the actors. Page can sometimes turn an overworked line into a genuine zinger. Cera comes off even better, going to the well one more time with the endearingly awkward shtick he honed to perfection on Arrested Development. (The question has to be asked: does Cera have something else to give us? His Internet show, ‚ÄúClark and Michael,‚ÄĚ hinted yes, so let‚Äôs hope so.) Meanwhile, Bateman and Garner try to rescue Mike and Vanessa from clich√© purgatory, and at times even succeed.

Hanging over it all and left oddly unspoken is the question of the movie‚Äôs abortion politics. Unlike the decision in Knocked Up, which is portrayed as a personal choice with little elaboration, Juno‚Äôs about-face on abortion is framed explicitly as a moral choice. Her encounter with the pro-life protester is validated when, explaining her decision to have the baby to her friend, Juno says that the fetus already has fingernails. The film tries to deflate this notion, stressing the creepiness of the waiting room and playing up the protestor‚Äôs lameness. But one can‚Äôt ignore what‚Äôs shown: a pro-lifer telling a pregnant teenager that her fetus is a life, that rather than abort she should carry it to term and give it up for adoption, and the teen, after some thought, doing exactly that. It‚Äôs no wonder the movie has been well-received on pro-life blogs and chat boards.

Cody, in an interview with the Guardian, stressed her own pro-choice views and said of the abortion clinic scene, ‚ÄúI didn't want it to seem as if she left because she suddenly had some moral epiphany. It was more that she left for really human, teenage reasons. She's freaked out.‚ÄĚ To be clear, what matters here isn‚Äôt whether Cody is pro-life or pro-choice. And obviously, this is not about the morality of Juno keeping her baby (the movie wouldn‚Äôt exist otherwise). What matters is how Cody frames that decision‚ÄĒand whether she understands the link between text and subtext. In her defense of the scene, she inadvertently points up what‚Äôs fundamentally wrong about Juno and the culture of quirk. Playing everything for effect, Cody and Reitman excuse themselves from addressing‚ÄĒor even thinking about‚ÄĒknottier issues of meaning and politics. Play everything for laughs, make sure it‚Äôs weird but not too weird, and send the audience home on a reassuring high. As long as it‚Äôs funny, as long as it‚Äôs cool, as long as it ‚Äúworks‚ÄĚ‚ÄĒthat‚Äôs the Sundance bottom-line. Is Juno this year‚Äôs Little Miss Sunshine? You bet.