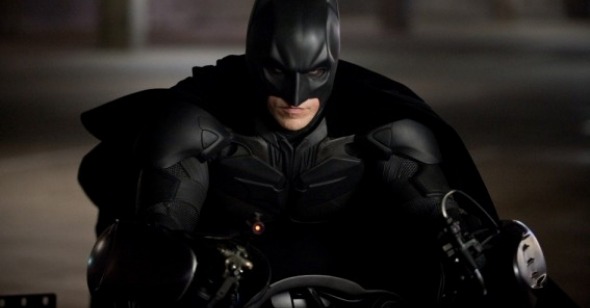 And so we come to the bombastic, bludgeoning finale. I can‚Äôt say I was particularly hopeful that cowriter-director Christopher Nolan would close out his wildly popular Batman trilogy with much grace, but I did go in prepared to give it a fair shot. It helps that I maintain a strong affection for this most tortured of superheroes. What kid-at-heart wouldn‚Äôt envy the position of Gotham City gazillionaire Bruce Wayne‚Äîto have unlimited funds at your disposal while playing out a never-ending woe-is-me/save-the-world melodrama in shadowy cape and cowl?

The greatest Batman stories‚Äîsuch as the Alan Moore‚Äìpenned The Killing Joke or the animated Mask of the Phantasm‚Äîbrilliantly explore the line separating selfless savior and introverted psychotic. I think Nolan is smart enough to recognize the inherent contradictions in his vigilante protagonist (Christian Bale, as growly and one-note as ever), but he has difficulty realizing this onscreen. There‚Äôs been much ink spilled about this installment‚Äôs parallels to the Occupy movement as well as some crazy right-wing bloviating about mechanoid marble-mouthed villain Bane‚Äôs (Tom Hardy) affinities with Mitt Romney‚Äôs asset management company Bain Capital. (And already the tragic Aurora shooting spree is bringing out the fan-the-flames think-piece brigade‚Äîspare us.)

All sound and fury signifying nada, much like Nolan‚Äôs film with its grab-bag allusions to Wall Street discontent (actually shot on Wall Street! in IMAX!!!) and expository speechifying by a moneyed cast about ‚Äúreckonings‚Äù and ‚Äústorms coming.‚Äù In trying so hard to explicate the movie‚Äôs themes, Nolan squashes the poetry that would make the meanings resonate. My favorite image is a too-briefly-held, painterly composition of Cillian Murphy‚Äôs Jonathan "Scarecrow" Crane holding court in a ruined judiciary like Robespierre. But like much in this inexplicably beloved artist‚Äôs filmography, it‚Äôs a moment that feels entirely accidental. ‚ÄîKU

Keith, trying to untangle the politics of Nolan‚Äôs Batman saga is a thankless task, indeed. Trace one end of the Gordian knot that is The Dark Knight Rises to the other and you‚Äôll find two contradictory ideas: that the masses are justified in rising up against oligarchic oppressors, and that those same masses, when freed and left to their own devices, will inevitably fall into bloodthirsty revolutionary tribunals and that it might just be better if kindly billionaires in latex costumes were around to steer civilization towards the light. Think too hard on this conundrum at your own risk. Better to slice through the damn thing entirely and recognize that Nolan‚Äôs greatest trick has always been spiking his Batman films with enough zeitgeist-humping signage to convince many that he‚Äôs using superhero movies to mask big statements, when, in reality, he‚Äôs as horny for a loud, smashing climax as Michael Bay.

Nolan doesn‚Äôt wholly disappoint in this regard, managing to stir up a respectable amount of velocity leading up to the finale. Even so, his obsession with narrative tidiness results in a three-pronged crosscutting that finds Batman and Anne Hathaway‚Äôs Selina Kyle (heretofore known as Catwoman) racing to stop a neutron bomb from destroying the city, Commissioner Gordon on the vehicle with said bomb jamming incoming signals to buy the heroes some time, and Joseph Gordon-Levitt‚Äôs Detective Blake trying to evacuate the city (but managing only to get a half-dozen kids on a school bus). This ludicrousness reminds of the futile images of leather-clad Scarlett Johansson in The Avengers firing a pistol off into the sky while the Hulk, Thor and Iron Man handled most of the heavy wrecking; these are the moments when the internal logic of the three-act Hollywood screenplay runs smack into the needs of bloated ensemble filmmaking.

I admit I was actually a little less bored here than in the ponderous The Dark Knight, where questions of Nihilism, Insanity, Vigilantism, and Evil were so often regurgitated that every expository scene felt like a thesis statement. Even though an out-of-left-field third-act twist complicates our perception of Bane‚Äôs essential evil to a degree, his villainy is left largely uncontested. The palette of The Dark Knight Rises might be all murky grays, but its core is, thankfully, black and white. ‚ÄîJR