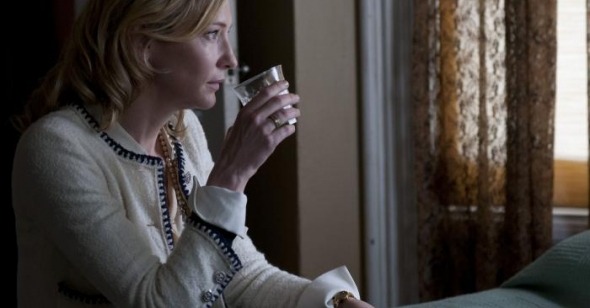 The case could be made that Woody Allen is largely responsible for the word neurotic being a punch line. From Annie Hall and Manhattan onward, this urbane American artist has sketched a landscape in which characters teeter on the edge of emotional instability for our smiling pleasure. Those two early films are superb test cases for the possibilities and limits of personality disorder and chronic dissatisfaction as viable comedy; both are bemused by the ironic tragedy of people destined to be malcontented in the only city in which they could possibly survive. Luckily, these characters‚ÄĒall based in some part on the writer-director himself, now an archetype‚ÄĒoffer a form of neurosis that‚Äôs wonderfully cinematic: verbose, expressive, given to fits of jealousy, anger, excitement, doubt, and occasional joy. When Allen has dared to venture into darker psychological portraiture (a.k.a, when he‚Äôs ‚Äúgone serious‚ÄĚ in films like Interiors and September), he‚Äôs risked displeasing viewers who‚Äôd rather cozy to the relatably anxious than the genuinely depressed or dysfunctional.

The protagonist of his latest film, Jasmine, inhabited with fearsome commitment by Cate Blanchett, seems designed and performed to push the boundaries of audience engagement, albeit in an outwardly pleasant package; she‚Äôs his least adjusted main character since Deconstructing Harry‚Äôs writer Harry Block, but without his creative outlet to fall back on. Unceremoniously plucked from her city, her income bracket, and the comfort afforded by her cultural myopia, Jasmine is a terrified fish out of water, constantly gasping for air in between gulps of martinis. Following the catastrophic unraveling of her life, initiated by the arrest of her financial titan husband, Hal (Alec Baldwin), for hoodwinking untold numbers of people with a Bernie Madoff‚Äďlike Ponzi scheme, Jasmine is transplanted from tony Upper West Side Manhattan to working-class San Francisco to move in with Ginger (Sally Hawkins), her half-sister (each was adopted from different biological parents). When we first meet Jasmine, she‚Äôs on a plane to the City by the Bay, chatting up a barely interested seatmate about her past and sex life; as we‚Äôll soon discover, her loquaciousness with strangers comes not from a generous desire to connect but from an increasingly troubling pathology. From the get-go, Jasmine is losing it, although our proximity to her, as the star of a Woody Allen film, leads us to believe in the essential adorability of her neuroses and therefore the possible reclamation of her selfhood. Blue Jasmine provocatively supposes that there may never have been a fully formed self to begin with.

There‚Äôs an intriguing tonal disconnect to Allen‚Äôs latest: as photographed by Vicky Cristina Barcelona‚Äôs Javier Aguirresarobe in deceptively warm, comic tones, it has the look and feel of the director‚Äôs more recent, airy adventures, yet it offers the single-minded, grim fatalism of many of his eighties films, inarguably his golden era. The somber, autumnal shades of Hannah and Her Sisters, September, Another Woman, and Crimes and Misdemeanors are missed here, and undoubtedly would have been welcome, yet Allen hasn‚Äôt plunged into that aesthetic in many years. The pastel and powder-blue tones of Jasmine‚Äôs journey reflect her desperate animation: Blanchett is constantly scattered, mentally and physically, and in terms of both movement and mood, Aguirresarobe‚Äôs camera always seems to be playing catch-up. Though much of the film maintains the single-take, often static camera set-ups Allen prefers, both he‚Äôs admitted out of fatigue and an aesthetic preference gleaned from the heady days of Ingmar Bergman, Aguirresarobe is allowed a few surprises, such as the unexpected, very slightly canted framing that captures Jasmine as she first arrives at Ginger‚Äôs doorstep. It‚Äôs blink-and-miss-it brief, but notably unusual moment in an Allen film in which the camera takes on a character‚Äôs psychological disorientation, which is usually left up mostly to the actor to create.

Blanchett is surely up to that challenge, however. Imagine Judy Davis‚Äôs Sally in Husbands and Wives having a movie all to herself, and that would give an idea of the unceasing display of nervous energy to which Blue Jasmine gives itself over. Blanchett often begins scenes looking like she just finished running an underwater marathon while downing shots of whiskey. She‚Äôs skittish and jumpy, rattled by nearly everything, flinching as if every encounter might unleash her migraine; upon meeting Ginger‚Äôs rambunctious preadolescent sons, she hilariously murmurs disgustedly, ‚ÄúThey‚Äôre big . . . they‚Äôre loud.‚ÄĚ She‚Äôs never at ease in any situation, whether with family or strangers. Her constant, excessive drinking might strike as humorous if it weren‚Äôt clearly an indication of a crippling alcoholism. Nevertheless, her neuroticism is oddly stoic, as if it‚Äôs the last bastion of a former life made irrelevant; she‚Äôs unsettlingly self-sufficient, and Blanchett‚Äôs essential coldness as an actor works perfectly here, as Jasmine doesn‚Äôt seem bound for meaningful human connection.

She strikes a marked contrast to Hawkins‚Äôs Ginger, who projects a nervousness of a different order, always trying to impress others, whether it‚Äôs Jasmine or any of the various men attached to her throughout the film, a series of loutish teddy bears played by such staunchly working-class types as Andrew ‚ÄúDice‚ÄĚ Clay, Louis C.K., and Bobby Cannavale. The casting of these three recognizably east coast guys (Clay is from Brooklyn; C.K. was born in D.C. yet is associated with New York from his sitcom; Cannavale is a Jersey boy) as northern California lotharios creates an immediate disjunction, but each brings a sizable helping of pathos to his part, especially Clay, who locates pockets of poignancy in a potentially stereotyped character‚ÄĒhe tentatively paws at this perhaps unwarranted comeback role with a sense of palpable thwarted ambition. He plays Ginger‚Äôs ex-husband, Augie, who turns up mostly in flashbacks meant to essay the fraught relationship between the half-sisters when their income disparity had been great. In one particularly well-observed scene, we learn that Hal paid for a hotel room for a visiting Ginger and Augie rather than let them stay in their palatial apartment; we also soon find out that the couple was among Hal‚Äôs swindled victims, as he encouraged Augie to invest money from a recent windfall into a ‚Äúlow-risk, high-yield venture.‚ÄĚ (Baldwin, of course, can perform this cool persuasion in his sleep; wouldn‚Äôt it have been refreshing to see him return to the kind of low-class lug he played in Working Girl, perhaps taking on Clay‚Äôs role?)

Allen‚Äôs films have often concerned themselves with the absurdities of the idle rich, sometimes explicitly (Alice), often implicitly (Hannah and Her Sisters), occasionally unthinkingly (Melinda and Melinda). Blue Jasmine, which like Alice is about the promises and risks of making a clean break from the leisured world of money, feels like his most empathetic work in this regard: stripped of everything by the government, Jasmine is poor, scared, one of us. This doesn‚Äôt mean she finds her calling‚ÄĒshe can barely adjust; she doesn‚Äôt know the lingo of everyday struggle, those financial negotiations that rule most of our lives. After arriving in San Francisco with her Louis Vuitton luggage, she announces that she flew first class; Ginger asks her how she could afford such a high-priced ticket if she‚Äôs as tapped out as she claims. Her hilariously unreal response: ‚ÄúI don‚Äôt know. I just did.‚ÄĚ Allen‚Äôs cinema may essentially be bourgeois, but it‚Äôs rarely complacently so. Films such as Radio Days, Alice, Celebrity, and Match Point prove that money is never simply a given in Allen‚Äôs work, neither is it something to strive towards. A structural foundation of his films has always been ambivalence (in regards to sex, romance, death), and there‚Äôs no reason this shouldn‚Äôt extend to his take on privilege. Blue Jasmine‚Äôs sharply divided portraits of affluence and struggle may be painted in broad strokes, but neither Jasmine‚Äôs nor Ginger‚Äôs values fall neatly into wealthy versus poor dichotomies of corrupt and wise, materialist and earthy.

One of Jasmine‚Äôs most endearing, humanizing traits is that she was co-opted into the rich life at an early age, dropping out of Boston University to marry Hal and thus giving up her pursuit of an anthropology degree. This provocative idea of an alternate-reality Jasmine hangs over the film. The narrative is constantly negotiating between past and present Jasmine, jumping back and forth in time to before and after the fall. She was clearly more in her element when surrounded by the finer things, yet Blanchett is careful not to play her as comfortable. Whether it‚Äôs because of an underlying distrust of her social status or suspicion of her husband‚Äôs fidelity, Jasmine never appeared to be fully at ease, making this not easily readable as simply the story of a downfall. It was a life already unmoored. Allen withholds the details of Jasmine‚Äôs initial breakdown in New York so that, when revealed, they function as a parallel climax with her ultimate combustion, the past and present building in tandem to a crescendo of trauma and humiliation.

Many will note Blue Jasmine‚Äôs indebtedness to Tennessee Williams‚Äôs A Streetcar Named Desire (spotting the influences is a common, if dead-end, game when it comes to Woody Allen), likening Blanchett‚Äôs disintegrating wraith-like visitor from an increasingly irrelevant social class to that faded southern belle Blanche DuBois. The comparison is persuasive, especially considering Blanchett‚Äôs acclaimed recent stage rendering of Williams‚Äôs iconic character and the late-film revelation that Jasmine was subject to institutionalization and a dose of ‚ÄúEdison‚Äôs medicine,‚ÄĚ not to mention the touch of New Orleans‚Äďstyle jazz during the opening credits. As Bergman‚Äôs Wild Strawberries was an important influence on one of Allen‚Äôs finest films, Another Woman, Streetcar only provides a narrative shell here. Jasmine stands as a fully realized, thoroughly Woody Allen character, skirting redemption thanks to a brand of neurotic compulsion that Allen knows well. Jasmine doesn‚Äôt rely on the kindness of strangers, she merely bends their ears. Blue Jasmine charts the slow process by which she alienates everyone around her, leaving her stranded, alone, humming along to a ghostly tune from a distant past. Annie Hall‚Äôs Alvy Singer famously separated life into two exclusive categories: the ‚Äúmiserable‚ÄĚ and the ‚Äúhorrible.‚ÄĚ We need kindred neurotic spirits to help us wend our way through it; in the world of Allen‚Äôs films, the most frightening possibility would be to have no one to talk to.