Matilda Hague is a film critic based in Mexico City, where she earned her MA in Film Studies from UNAM. She has been on the jury for the Black Canvas Film Festival FICUNAM. Her work has been published in Retina Latina, Punto de Partida and Revista Icónica. In 2022, she was selected as part of the Guadalajara Talent Press program. She has a slight obsession for translation and film, particularly subtitles. 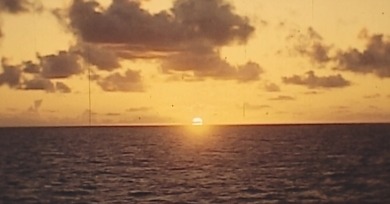 Her film and live performance Terra Femme tries to identify the female gaze... By weaving together archival amateur travel footage shot by women in the early 20th century, Stephens gives us insight as to what they attempted to capture along their journeys.