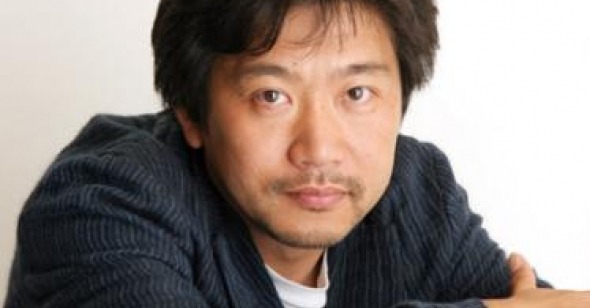 An Interview with Hirokazu Kore-eda
By Jeff Reichert

Hirokazu Kore-eda has quietly amassed one of the most remarkable bodies of work in contemporary Japanese cinema. Quiet not so much in terms of international acclaim, which has been steady and mounting since the release of his first feature Maborosi (1995), but in the increasingly becalmed nature of the works themselves. Even at their tensest (2004‚Äôs Nobody Knows) and most despairing (2001‚Äôs Distance), Kore-eda‚Äôs films seem to operate on the level of a whisper. His latest, Still Walking is a seemingly unassuming miniature capturing one day in the life of a family that builds incrementally and, yes, quietly, into a vast landscape of regret, bitterness, and love. Reverse Shot‚Äôs Jeff Reichert sat down with Kore-eda during the Tribeca Film Festival to discuss his work and themes.

Reverse Shot: One of the things that strikes me about a lot of your movies is that they‚Äôre structured around things that aren‚Äôt actually in the film. In Nobody Knows we see the children living without their parents, in Distance, it‚Äôs the survivors reflecting on the victims of the gas attacks, and in Still Walking, the family gathers to commemorate a death. How do you go about structuring a film around an absence?

Hirokazu Kore-eda: This isn‚Äôt something I‚Äôm very conscious of, it‚Äôs just the way it comes out. When I was finished working on Nobody Knows, a French reporter at Cannes said to me, ‚ÄúYou always portray people who are left behind, and your themes are always about memory and death.‚Äù Until she said that I wasn‚Äôt really aware of it myself. But there‚Äôs something that really resonates with me about that condition of being left behind. In Japanese society dead people have a different sort of presence; if you‚Äôve done something bad, you might say, ‚ÄúOh, I can‚Äôt face my ancestors.‚Äù Japanese people are very aware and conscious of the presence and effect of dead people in their everyday lives.

RS: Is this ‚Äúleft behind‚Äù feeling somehow then the starting point for your films? There always seems to be something just hanging there unspoken as if the narrative springs from a feeling rather than the other way around.

HK: I think that might be true. I made Hana (2006) after my father passed away. I had a very distant relationship with him‚Äîit was very superficial and we never really had deep conversations. But I discovered as I was cleaning out our house a Go board, and I remembered in that moment that my father had taught me how to play Go. In rediscovering that memory, I realized that even after his death I‚Äôm able to continue to grow and evolve my relationship with my father.

RS: I‚Äôve read that Still Walking is inspired by another autobiographical encounter with death. Can you talk a little bit about taking the materials of your life and finding expression for them in this different family?

HK: It might be that I keep making movies directly after someone dies. After my mother‚Äôs death I was left with feeling that I wasn‚Äôt there in time; that you‚Äôre never there in time. I was filled with a strong, deep regret. That was the basis for the film. It‚Äôs not at all a positive emotion, or a positive feeling, but it was very predominant in creating it. In terms of the family in Still Walking, their situation and the occupations of the characters, the structure is very different than my own. But the feelings of regret with your family members, of running out of time, is reflected strongly in my own life.

RS: Seeing the interactions of the family in Still Walking, it‚Äôs highly specific but it also seems universal. How regular is that family experience in Japan? I‚Äôm thinking specifically of the mixed arrangement produced by Ryota‚Äôs marriage to a widower with a child from a prior marriage, but also...

HK: Specifically the son remarrying a woman with a child?

RS: There‚Äôs that piece of it, which I find fascinating, especially in how the grandparents react and how that might or might not be different from the U.S. But also, as you said earlier, this question of death, memorializing death, coming together for the ceremony.

HK: For people of Ryota‚Äôs generation, marrying someone who already has a child from someone else is increasingly common and the reaction of his parents is pretty typical. His mother says, ‚ÄúYou‚Äôre getting someone‚Äôs hand-me-downs‚Äù which is horrible way of thinking, but not atypical. At the very least, marry someone who doesn‚Äôt have kids, even if it isn‚Äôt their first marriage. As for getting together on the anniversary of the death, that‚Äôs pretty common in Japan. That‚Äôs one of the rare occasions when everybody comes back together aside from New Years or the Festival of the Dead. Without that, Japanese families often don‚Äôt see each other very much. It‚Äôs not as though in Still Walking I wanted to portray the average Japanese family, but in many regards they are ordinary.

RS: Could you talk a little bit about the end of Still Walking? It feels very different tonally‚Äîalmost like an Imamura or Teshigahara film from the Sixties or Seventies in how it plays with an anthropological tone via voiceover and the flash-forward in time. Especially for a film that‚Äôs so organic throughout, it surprising how completely the film removes itself from what them.

HK: It‚Äôs a difficult question. By adding that epilogue, I wanted to show that the day portrayed in the film up to that point exists in Ryota‚Äôs memory. I wanted also to view the events that had preceded from a distance, and have that flash on the parents going up the stairs to be viewed from the perspective of a landscape as well.

RS: How important is it that the film take place in one day? It creates a certain kind of restriction, but is also expansive.

HK: Another difficult question! The restriction of that one day was inspired by my mother‚Äôs death. For two years leading up to her passing, I watched her dying process. And in thinking about my mother, if I had wanted to portray her through that period of time, it would inevitably get into that long process of moving towards death. One reason I didn‚Äôt want to do that is because the subject matter of the film would have been too close to me at that point. It‚Äôs also difficult to avoid sentimentality or schmaltziness, in going through that kind of narrative. Instead, I wanted to capture a cross-section of her life through a short moment‚Äî the shorter the better.

But throughout the day of Still Walking there are these little signs: the tile that‚Äôs broken, the hinge in the bathroom. You see signs of what‚Äôs going to happen in the future. You see signs of death, of the aging process. I did know from the beginning that I wanted to portray an everyday situation. There are no events, nothing changes, no characters have growth or sea changes. Why that‚Äôs not boring to watch is because in that one very ordinary day you can see the aftereffects of things that have happened in the past, and you can also see precursors of things that will happen in the future. And I think that‚Äôs what everyday life is.