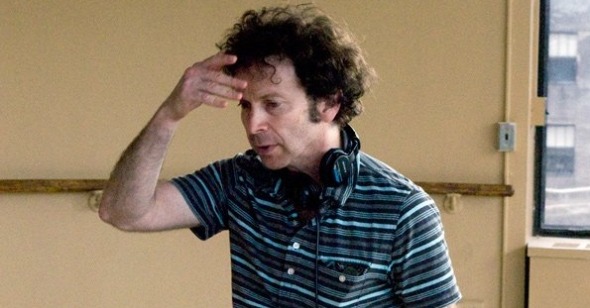 RS: Like all of your work, Eternal Sunshine doesn‚Äôt seem to come from the classical tradition of Hollywood screenwriting. How do you feel about the way films are scripted in America today?

Charlie Kaufman: Robert McKee would tell you that‚ÄĒin fact he wrote an essay, which appears at the end of the Adaptation screenplay‚ÄĒhow classical indeed that screenplay is. So, I don‚Äôt do it consciously. I‚Äôm not interested in thinking that way, or interested in telling other people how I write. I try to figure out what the structure of the film I‚Äôm writing about should be based on and keeping myself open to not knowing what that means. To play around, get excited, go in a certain direction, then shift things around‚ÄĒit‚Äės an evolving process. I find it very uninteresting going in with a clear idea of what I‚Äôm going to do. For me, not knowing is the most important thing about writing; the writing is the exploration, otherwise I don‚Äôt know what it is. I‚Äôm not interested in it as a product, not interested in trying to figure out how this movie will attract a certain demographic, not interested in fitting into a genre. We were fortunate to get in under the radar with Malkovich; we got to make the movie we wanted to make, and it got the proper attention so that certain people were willing to trust us. But it‚Äôs for the price. Amy Pascal, the head of Sony, said to Spike, this is what you can make the movie [Adaptation] for and we‚Äôll leave you alone; this is what you can make the movie for and we won‚Äôt leave you alone‚ÄĒso we made the movie at the lower budget. And she was true to her word. They were involved and interested and excited, but they didn‚Äôt force anything upon us. They didn‚Äôt say it has to have this ending, or this has to happen. We got positive attention for that.

RS: To that end, what do you think about the fact that your films do remarkably well, yet your work stands out as anomalous to the American film industry? Generally when the name Charlie Kaufman is attached, it means that something very different is going on. Is there something in particular that people are responding to?

Kaufman: I spend zero time thinking about that because it doesn‚Äôt serve me or my work. It would only contaminate it. Sometimes people say things in their reviews that completely miss the mark and sometimes say really interesting things that I hadn‚Äôt thought of. I mean, how can I answer that question without sounding like a complete asshole? These days, I don‚Äôt think of awards at all. And even less so since I‚Äôve been part of that world, and I‚Äôve seen what it really is. It doesn‚Äôt have the same sort of allure it once did. It‚Äôs just watching a marketing machine, and there‚Äôs something very ugly about that. I hate it, I think it‚Äôs crap. It‚Äôs marketing, and marketing is marketing. People get too attached to it. It‚Äôs slightly mean-spirited. I can‚Äôt speak to larger trends. If people say a movie is better because it has an award it‚Äôs sort of affecting the future of marketing. The basis for comparison between films makes no sense. If two people were making the exact same movie with the exact same script, and you wanted to compare them and see what they did, okay, but if we have one intention and someone else has another intention, how do you compare those? What does it even mean to say one is better? I think you have to sort of look at the idea of lists and awards and ask what it is you‚Äôre doing. I don‚Äôt really know.

RS: Why have you been able to maneuver through that? You can make these things, people love them, but other filmmakers are not able to circumvent.

Kaufman: In the end, everything everyone does would be singular if they were true to themselves. I am able to make movies because they‚Äôre at a certain price. Budgets are at a certain level, and the studios will take a chance if they‚Äôre at the right level. After Malkovich, Spike and I had a bit of credibility, which helped. Adaptation was not more expensive than Malkovich.

RS: A lot of people compared Eternal Sunshine to Resnais. Do you have any influences in mind during the screenwriting stage?

Kaufman: No. I don‚Äôt know about Michel‚Äôs influences, but we talked about the visuals a lot. Both Michel and Spike [Jonze] are interested in stories and they both keep me in the process, but my relationships are very different with them. I‚Äôm writing something right now that Spike will direct. The trick is that Eternal Sunshine was pitched before Human Nature. I had written the script years ago, but there was a delay in my writing it after we pitched it and sold it, and Michel was kind of anxious to make a movie and he read Human Nature and asked if he could direct that while he was waiting to direct Eternal Sunshine. By the time we finished Human Nature, we were already set.

RS: As a viewer, movie lover, what do you respond to the most, that you‚Äôve seen recently, in foreign cinema? This year there have been very unorthodox narratives that break free from the restraints that Hollywood puts on cinema, while also acknowledging those systems, such as Twentynine Palms, Primer, Notre musique, Goodbye Dragon Inn, Before Sunset, and your film.

Kaufman: I haven‚Äôt really watched many movies recently. I‚Äôve sort of lost interest, find myself very impatient. I haven‚Äôt seen these particular films, perhaps they would be a way back in. I guess I just want to watch someone dying onscreen. Something that feels like a mess. I‚Äôm not interested in watching films right now that feel like a product. I want to feel like I‚Äôm watching something that‚Äôs really really a mess. Does this make any sense? I don‚Äôt know what it is, I want to watch a film in which it feels like there‚Äôs something at risk, that‚Äôs not a package. But everything seems to be a package. I‚Äôm on edge, I don‚Äôt want to feel like someone‚Äôs sort of presenting me with something and I‚Äôm supposed to appreciate it.

RS: When‚Äôs the last time you felt that? That it didn‚Äôt need to meet any set of criteria?

Kaufman: It‚Äôs a hard thing to do, it‚Äôs certainly not encouraged. It‚Äôs hard to get funding to make a movie like that. I don‚Äôt know if it‚Äôs human nature to want to craft something that‚Äôs a product, but we‚Äôre so inundated with stories, it‚Äôs hard to feel this immediacy or that sense of ‚ÄúWhat the hell is going on?!‚ÄĚ Years and years ago when I saw Henry: Portrait of a Serial Killer, I didn‚Äôt know who the director was, who the actor was. I was so scared watching that film. I didn‚Äôt recognize anything about it. Not that it has to be about killing and serial killers and that was probably a bad example because I said I wanted to see people dying [laughs],that has nothing to do with it. Dying itself is a metaphor.

RS: I liked Woody Allen when I was younger. The early Woody Allen is a complete mess, which I liked as a kid, but he was also a person that I could aspire to be, you know, short Jewish guys up there on the screen. I wanted to write comedies when I was younger, and yeah I liked his style. But I had a different idea of things then.

RS: But your films are tightly conceived, evocative but accessible screenplays, so this idea sort of goes against this notion.

Kaufman: I don‚Äôt really have anything against stories, but I just want to feel something happening. I read something that Emily Dickinson said that I‚Äôm going to paraphrase: you know something‚Äôs poetry if a shiver goes up your spine. And that‚Äôs the thing to try to put out there, and you put it out there by being honest. If you have a story, it has to conform to that, rather than the other way around. I‚Äôm not necessarily into plotless cinema; sometimes people make those movies and they‚Äôre not very good, or interesting. Everything is intention, and sometimes people‚Äôs intentions, even when they‚Äôre avant-garde or on-the-edge, or muddied, become apparent, and it doesn‚Äôt really have any power. Being John Malkovich was more like that in its original draft, which I had to change, since it blew off into chaos at the end, which was intentional. And I think Adaptation also tries to deal with that notion of shifting and throwing people off balance. People are very critical of Adaptation‚Äôs ending, they think of the end as a failure. But one thing I‚Äôve never seen in print is that that movie was intended to be a failure. Then, rather than make it about failure, which is a safe way to do it, I wanted the film to be a failure. That‚Äôs what happens; it‚Äôs about panicking and compromising, among other things. But when you‚Äôre watching the story play out, the writing of the screenplay, which is what you‚Äôre watching, it ends with an enormous compromise, and it‚Äôs a disaster, literally and figuratively. The character in that movie is the script, that‚Äôs the character you‚Äôre following, not the people. And I guess people can‚Äôt feel an emotional connection to a screenplay. But I thought it reflected a corruption of the man who was writing it.