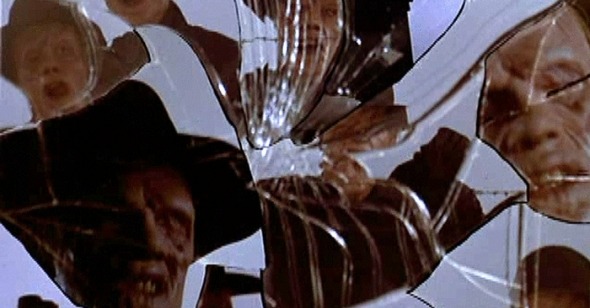 Martin Scorsese has spoken of the mid-1980s as a more or less experimental time for him. For most filmmakers, this would normally mean that they were free of expectations, unwanted collaborators, or big-studio input and had the ability to produce personal, idiosyncratic work. For Scorsese, however, it was quite the opposite. A respected figure who came of professional age during the New Hollywood era of the auteur, Scorsese had largely made the films he wanted throughout the seventies, even under the sometimes wary eyes of money men. For Scorsese, the true experiment would be whether or not he could play the Hollywood game, to work essentially as a director for hire, and to function within a set of circumscribed parameters. It’s a tricky business and a fine line easily understood—or at least manipulated—by a director like Steven Soderbergh, constantly insisting that his big-budget endeavors, like the Ocean films, are vast genre playgrounds on which he can both play with Hollywood conventions and hone his skills. Is he selling or branching out? Of course, it all depends on perspective.

The infinitely more cautious studio bosses of the eighties would surely not have financed a quirky behemoth like New York, New York, and probably not even Raging Bull. In its first iteration with Paramount, preproduction on Scorsese’s passion project The Last Temptation of Christ had fallen through for fear of an escalating budget and eventual public controversy. The King of Comedy’s box-office returns hardly encouraged the men upstairs to continue giving Scorsese carte blanche. Scorsese’s first feature following the minor success of the independent production After Hours would be the Paul Newman-Tom Cruise star vehicle The Color of Money (1986), which, regardless of the verve and pathos Scorsese brought to the project, would forever be thought of as the first example of the director playing too much by the rules. Some critics (memorably Siskel and Ebert) overzealously took on the role of Scorsese’s taskmaster in their response to that film, yet The Color of Money works. With its grungy locales and bronzed antihero it feels reminiscent of a bygone era of studio genre filmmaking, like the work of a reliable and committed workhorse such as John Huston or Robert Mulligan.

Once upon a time the idea of Scorsese simply plying his trade was deemed somehow inappropriate, but looking back there’s something refreshing, even exhilarating about this short period of his career, when every film didn’t have to read as a statement of authorial intent. Right before signing on with Disney for The Color of Money, Scorsese partnered with no less than Steven Spielberg to direct an episode of the mega-director/rising mogul’s much-hyped NBC television series Amazing Stories (1985-87). This pairing didn’t make waves; these men were not on equal ground during this time and were not a newsworthy duo. At this point in his career, Spielberg was as Olympian as he would ever be, following the one-two-three blockbuster punch of Raiders of the Lost Ark, E.T. the Extra-Terrestrial, and Indiana Jones and the Temple of Doom, and the prestige success of The Color Purple. Meanwhile Scorsese was at a point in his career when he had very little industry clout.

The 24-minute Mirror, Mirror was in no way a personal exercise for Scorsese. He had to complete the shoot, under studio supervision, in six days. As with all of Amazing Stories’ other directors-for-hire, he did not have final cut. And though he enlisted his own screenwriter, After Hours’ Joseph Minion, to work on the teleplay, the episode, as with the majority of Amazing Stories installments, was based on an original story by Spielberg. Nevertheless, Mirror, Mirror kicks off with an auteurist stamp of a sort. A sweat-drenched man is surrounded in a graveyard by a horde of hideous, freshly risen undead, only to wake up from a nightmare. Then another fake-out: the entirety of this sequence is revealed as a clip on a talk show interview with best-selling, Stephen King–like horror writer Jordan Manmouth (Sam Waterston) by, of course, Dick Cavett. Though it isn’t acknowledged, the film within the film is a clip from the 1966 Hammer production The Plague of the Zombies, which instantly places the film in a self-reflexive, cinephilic realm, as Scorsese has spoken of his affection for Hammer’s horror films as a teenager.

Mirror, Mirror’s beginning double fake-out is clever in theory, confusing in practice (is this clearly old film supposed to be a clip from a new film? Is it from a movie based on a book by Manmouth?), and is dulled by its brevity. It’s the first sign that the director will struggle a bit with a clipped half-hour television format. It’s revealing to compare this opening with that of Robert Zemeckis’s hour-long Amazing Stories episode Go to the Head of the Class—a season two entry that ranks as one of the best in the series—which starts with an extended clip from William Castle’s The House on Haunted Hill before launching its narrative, which is an evocative and effective homage to The Legend of Sleepy Hollow. An inferior, less challenging director though he may be, Zemeckis, born in 1952 and raised on TV, was perhaps better attuned than Scorsese to the rushed, glib television format, allowing the narrative to hit the right beats without simply hurrying to the next stylized scare. With its limited dialogue, Mirror, Mirror is a more purely visual experience, but it’s not entirely successful visual storytelling. For all its impressive shocks, Scorsese’s venture into anthology horror television feels oddly timid.

The hook is a good one: a self-involved man cannot look in the mirror for fear of death. And as envisioned here, this high concept makes for great horror imagery beyond the clear metaphorical heft. When Manmouth looks at his reflection, he sees a dark, cloaked figure approaching from behind; when he turns around and looks at the room the horrible sight has disappeared. With his demonic face, black gloves, and broad-brimmed hat, the man in the mirror (played, in an odd piece of trivia, by a young, heavily latexed Tim Robbins) looks like a cross between Lon Chaney’s Phantom of the Opera and The Night of the Hunter’s Reverend Harry Powell, surely intentional references. Yet there’s so little time or space given to even perfunctorily fleshing out Jordan’s shortcomings or artistic flaws that the film’s point—that an artist can be his own worst enemy, especially when he has no conviction in his own creations—gets lost amidst the ghastliness.

In interviews, Scorsese has talked about the influence of Val Lewton and Mario Bava on this first experiment in terror (one could argue that Cape Fear, another Spielberg collaboration, and Shutter Island were more successful examples of the director pawing at horror genre conventions). Scorsese’s choppy, informal approach here indeed works in a distinctly undistinguished B-movie register, with glimmers of the innovative stylistic flourishes that defined the work of Lewton or Bava, one assumes in great part because of the drive-by television shooting schedule. But Mirror, Mirror is overall more indebted to the world of E.C. Comics publications like Tales from the Crypt, often tales of comeuppance for selfish, tyrannical, or all-out villainous people. Jordan—first seen being taken to task by eternal voice-of-reason Dick Cavett (“I find some of the current horror films a little disgusting for its [sic] own sake”), before riding in a limousine (bad sign!) to his cold, modernly designed home (uh oh!) where he lives alone (that is never good), and then treating a superfan who has fallen asleep outside his door with utter contempt—is clearly intended to be one of these villains, and we are meant to see his terrible hauntings as consequential and fitting. Yet with the content of Jordan’s fiction left to the imagination, and average-guy Waterston’s performance typically muted, Mirror, Mirror never reads legibly as a tale of just desserts.

More troubling is that the moralism of the episode is a little muddled, which might be partly explained by the uncomfortable juxtaposition of Scorsese and Spielberg’s sensibilities, as the former has never been particularly drawn to making movies with clearly defined messages. Is Jordan actively awful because he produces low-rent, gross-out horror? Do such works necessarily erode our culture? The fake movie posters that adorn the walls in the writer’s house, screaming such titles as The Killer’s Hand and Eyes of Terror, are reminiscent of those in Brian De Palma’s Blow Out, only there’s no layer of directorial affection.

The bite-sized Mirror, Mirror functions better as a tale about the necessity of looking—at the world and at oneself (shades of Taxi Driver’s most famous scene)—than as a commentary on the responsibility that comes with creating images. We must sometimes stare back at what we don’t want to see. From this basic set-up, Scorsese manages a few genuine scares (a shattered bar mirror, the deranged face reflected at least a dozen times; a well-timed shock in a camera lens reflection) and works in some apt homages: there are of course Psycho references, including an extreme close-up and zoom out on Waterston’s eye as he sleeps on his staircase and a cop wearing a pair of very reflective aviator sunglasses; and the final twist seems to recall Albert Lewin’s superlative 1945 film of The Picture of Dorian Gray. There’s also the expected fear-reflected-in-a-camera-lens moment that recalls his idol Michael Powell’s Peeping Tom, which is as close to a coherent statement of intent that this exercise gets. Today, Scorsese seems more at ease making less overtly personal productions, which seem at least the work of a devoted craftsman rather than a director for hire—which makes the largely impersonal Mirror, Mirror all the more fascinating in the rear view. The uneasiness of the film, the fact that he’s experimenting with an alien televisual form, is the key to Mirror, Mirror’s ultimate singularity.