The End Goes On
Leah Churner on The Last Picture Show

What if the old saying “You can’t go home again” has it backwards? What if we’re invisibly bar-coded to our point of origin, and we’re just spinning our wheels on the map when we try to leave, failing to shed the place we came from? Geography is destiny in The Last Picture Show, adapted for the screen by Larry McMurtry and director Peter Bogdanovich from McMurtry’s 1966 novel based on the lives of real inhabitants of the author’s minuscule hometown, Archer City, Texas, which Bogdanovich chose as a shooting location.

Pockmarked and barren, the landscape of Archer City may as well be the surface of the moon. In the first half of the 20th century, this part of Texas, a big flat swath south of the Red River, was built up in the international imagination by Hollywood as the setting of countless westerns, a mythic land of adventure, wide-open spaces and endless raw resources. From the sixties onward, this area was metaphorically bulldozed, in prose, by disillusioned Texas writers raised on John Ford films. Larry McMurtry and his contemporaries made careers of exposing the banality of post-frontier life, representing Texas as a poorly domesticated zone of squalor, claustrophobia, bad weather and curdled dreams.

“The stricken, sepia-colored tag-end of nowhere”—that’s how one of these writers, Grover Lewis, described Archer City. A colleague by age and region to McMurtry, Lewis was on assignment for Rolling Stone on the set of Picture Show. Nobody could paint a better picture:

Flying west, through Texas, you leave Dallas-Fort Worth behind and look out suddenly onto a rolling, bare-boned, November country that stretches away to the horizon on every side . . . There are more cattle down there ranging those hazy, distance-colored expanses than people, and in turn, more people than timber topping out at five feet . . . if you happen to hail from that iron killing floor down there, as I do, you begin to feel edgy and defenseless, moving across so much blank space and drenching memory.

At the time Lewis was writing, McMurtry had written several books on the hideousness of Texas, including the novel Horseman, Pass By (adapted into Hud) and a collection of essays called In a Narrow Grave. The film iteration of Picture Show stands out with broad appeal because Bogdanovich’s temperament complements McMurtry’s so well: if McMurtry is a romantic-fatalistic type of Texan, Bogdanovich is a cinephile of the same order, an artist wrestling his own opposing tendencies toward wistfulness and cynicism. (“Peter Bogdanovich, coming to the material without the corruption of having lived it,” wrote McMurtry afterward, “was gentler to everyone than I would have been.”) And so the director was able to smuggle in a heightened movie nostalgia that was latent in the title. The Last Picture Show is an amazing feat, therefore, both a repudiation of mass-manufactured Tinseltown fantasy and a lump in the throat for the conditions that propagated those myths: the darkened theater and the silver screen.

In Archer City’s fictional counterpart, Anarene, Texas, fall 1951, two half-feral high school seniors, Duane (Jeff Bridges) and Sonny (Timothy Bottoms), have lost interest in football—a problem, because Friday night lights are the only local attraction, and Duane is the quarterback. The boys are the de-facto charges of the only two decent adults in the town, Sam (Ben Johnson, who won an Oscar), the proprietor of the town’s only businesses, a pool hall, a cafe and a picture show, and Genevieve (Eileen Brennan), the waitress in the cafe. All four characters silently acknowledge the futility of athletics in a dried-up oil town like Anarene; Duane and Sonny have only two post-graduation options, roughnecking in the desiccated fields or shipping off to the Korean War. So they pass the time chasing sex and watching movies. Sonny stumbles into a liaison with the coach’s homely wife, Ruth (Cloris Leachman, another Oscar), but lusts after the prettiest, richest girl in school, Jacy (Cybill Shepherd), a self-styled femme fatale, and temporarily Duane’s girlfriend. Of course, she has means and aspirations to get out of that podunk and go to college—as far away as Wichita Falls, or Dallas, even. Over the spring and summer, Duane, Sonny, and Jacy indulge in enough carnality to be disillusioned by love, and by the next football season, the picture show is shuttered.

Shepherd (according to Grover Lewis) compared the shoot to “walking in a hall of mirrors” as the story spilled over into real life at the Ramada Inn in Wichita Falls, where cast and crew were stationed. Shepherd and Bogdanovich were having an affair, while Bogdanovich’s wife, production designer Polly Platt, was required to style “Jacy’s” tresses every morning. (Platt also put gray powder into Lewis’s hair for his cameo as Sonny’s estranged father, a character about twenty years his senior.)

In 1987, McMurtry published a sequel volume on the moored destinies of Jacy, Sonny, and Duane, Texasville, and a few years later, Bogdanovich assembled the cast of Picture Show in Archer City to film it. George Hickenlooper took Shepherd’s hall-of-mirrors metaphor a step further on the set of Texasville, making a retrospective documentary about the hot-boxed atmosphere of Picture Show called Picture This: The Times of Peter Bogdanovich in Archer City, Texas (1991). Hickenlooper explores the aforementioned art-imitates-life love triangle (turns out Timothy Bottoms was madly in love with Shepherd as well) and tracks down the real-life models for McMurtry’s characters, still lurking around Archer City with their high-school yearbooks.

The saga continued in 1999, when McMurtry published the last installment of the “Texasville” trilogy, Duane’s Depressed. Sonny’s fate is unpleasant and Jacy’s is worse, but the now-rich Duane, in a late-midlife crisis, finally comes to a level of self awareness unheard of in those parts—he quits working, quits driving, falls in love with his therapist, and starts reading Proust. For fans of The Last Picture Show, knowing the long arc of the narrative gives these characters the eerie verisimilitude of the Karamazov brothers, or Tony and Carmela Soprano.

Today, the marquee and the shell of the titular last picture show, the Royal Theater, still stands in Archer City. Burned out and hollowed, the building has become a symbol for the slow attrition of single-screen theatrical exhibition throughout the country. McMurtry has admitted that he hadn’t intended The Last Picture Show to be a requiem for the cinema as a community space, even though that’s what the film has come to represent. “In my youth I seem to have unwittingly authored a dismally prophetic book,” he wrote in 1987. By then, the emotional fallout of techno-cultural change had become one of his favorite subjects as a writer. In the same essay, “The Last Picture Shows,” he described the erosion of classic movie culture in America:

The sociological moment that The Last Picture Show was meant to dramatize had come, in the last two decades, to hundreds of villages. The youth had moved out, or television had moved in, or both, and now from one coat to the other and from the Gulf to the Dakotas the picture shows stood dead. They make an unforgettable collective impression, structural Quixotes, exhausted and brought to rest by brute reality, yet retaining in the gaunt and stubborn angles of their facades a suggestion of the visions, cheap but romantic, that once rolled like great clouds across their screens.

“Brute reality” is the phrase for The Last Picture Show. Its story contains no unjustified crimes, no premeditated wrongs, but reminds us that thoughtlessness and neglect can be just as destructive to the human spirit. Another Texas writer, Larry L. King, nailed down McMurtry’s theme as “life’s natural attritions, and inevitable change, and the stubborn surrenderings they force.”

To watch the The Last Picture Show is to step inside it. Once you’re over the threshold, its heavy truths continue to disconcert long after the credits. Best cancel your post-screening plans and build in some recovery time, especially if you’ve aged any since you last saw it. Few movies are more poisonously enveloping; the only antidote I know is to cue up Hank Williams and lie on the floor.

The Last Picture Show played September 7, 8, and 9 at the Museum of the Moving Image as part of the series See It Big, co-presented by Reverse Shot. 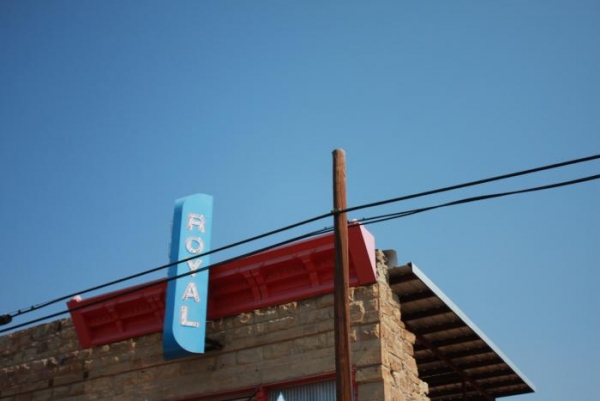