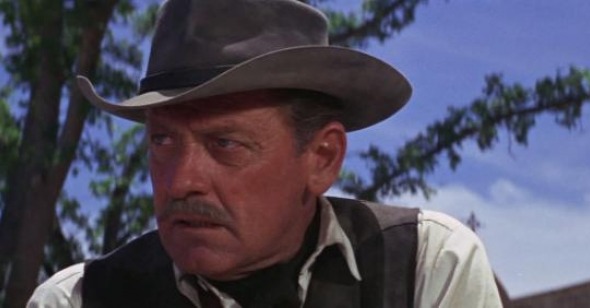 The Last Western
Tom J. Carlisle on The Wild Bunch

“Mama, put my guns in the ground, I can’t shoot them anymore.”

I blame Bob Dylan. Several years ago I happened upon his soundtrack for Sam Peckinpah’s Pat Garrett & Billy the Kid (1973) in a used CD bin, and, after confirming that it was an authentic lost masterpiece, I, of course, had to see the movie. Yet, it turned out that other than Dylan’s music and his appearance in the film as the gnomic Alias, there isn’t a hell of a lot to enjoyment to be found in Pat Garrett. In fact, it was one of the most deflating experiences I’ve had in terms of failed hero worship in cinema. And so my sorry excuse goes, I never got around to seeing The Wild Bunch (1969). I just didn’t see the point; after all, if Peckinpah was responsible for such an outright failure as the one I had to wipe my mind clean of just to enjoy the album again, his supposed masterpiece had to one of those overrated behemoths that dot the auteurist landscape, right?

Well, now, after being sent shocked and stumbling through The Wild Bunch for the first time, and uttering incantations against my inclination to prejudge for the hundredth odd time, I’ve come to understand why the later film seemed so devoid of purpose and energy. After The Wild Bunch there simply wasn’t anyplace left for Peckinpah to go with the Western genre. In fact, The Wild Bunch upped the ante so high on what we might call the classical revisionist Western (before knee-jerk irony became de rigueur), that it doesn’t seem possible that anyone could play that particular game anymore. From that point forward, the Western was forever in quotation marks. Even Sergio Leone, the king of the first wave of the genre’s re-imagining, who probably thought he had the last word on his subject of choice in the masterful Once Upon a Time in the West (1968), seemed to understand that The Wild Bunch brought everything as far as it could possibly go—it was Woodstock and Altamont all rolled into one. Case in point is Leone’s next film (and his last six shooter epic), Duck, You Sucker!, which, while looking like a Western, pretty much abandons any and all convention and goes straight for pure lysergic insanity coupled with revolutionary (as in political) action. Sure, Eastwood attempted to revive the genre in the wonderfully nasty High Plains Drifter, and again, almost successfully, in Unforgiven, but in the end they just seem like seem like pale retreads when compared to The Wild Bunch—so much safer and less jarring, like the Thunder Mountain Railroad at Disneyland versus the rickety thrill of the Cyclone. Other than that it’s been the McCabe & Mrs. Miller school of sly subversion (see Dead Man) or the recent move into expansive Jacobean revenge tragedies with Deadwood. It’s a shame that Peckinpah’s collaboration with Dylan hadn’t come together a few years earlier than it did. “Knockin’ on Heaven’s Door” would have been the perfect song for The Wild Bunch to ride out into the sunset on. Put those guns in the ground, indeed.

What makes The Wild Bunch so powerful is not merely its radically revisionist qualities but that it stands so squarely on the old tropes of the genre. Train robberies, horse chases, gunfights, circling buzzards, reluctant showdowns--—they’re all there but are shot through with such energy and poeticism that they seem both new and ultimately exhausting in their finality. When a bridge is blown up in a chase sequence, the men and horses don’t simply fall into the river below; they burst forth from the water like Poseidon’s chariot out of Greek myth. Each set piece has an air of “you can’t top this, so don’t even bother” about it. These moments form a solid backbone for, yes, the wildness that carries on all around them—rarely has a film been so aptly titled. As the first 20 minutes barrel forward with nary a pause, you are subsumed by a violent insanity that even now seems shocking; prior to the orgies of action we have grown accustomed, it must have been downright apocalyptic. But beyond this Peckinpah presents the audience with something rarely, if ever seen anymore: genuinely homicidal heroes and the extreme casualties that are a result of the thrilling gunfights. After the first battle, and again after the climactic “Battle of the Bloody Porch,” the camera sticks around following the fighting to linger on the dead bodies, the sheer human waste of the gunplay. Innocents are slaughtered in far greater number than combatants, and not only does Peckinpah let us dwell on this carnage when the shooting has stopped, even while the melee is in full swing bullets burst through endless townspeople that the Bunch use, both intentionally and otherwise, as human shields. The first casualty of the film is a timid clerk blasted into oblivion by the bounty hunters lying in wait for the bandits who, it turns out, are who we’re supposed to be rooting for. Perhaps it is the sly joke of an old drunk that many of those collaterally damaged in the first battle are annoyingly pious teetotalers marching for Temperance, but even here the humor fades quickly and we are allowed to feel the human cost of life pointlessly trampled down.

Actually, that’s about all we are allowed to feel, other than shellshock. I’m not embarrassed to admit that after Pike, the leader of the bunch (played to perfection by William Holden), tells his boys to kill the civilians if they move—yes, they do move, yes, they are killed—and all hell breaks loose, I had almost no idea what was going on. It was all just explosions and the twisting ballet of death. In the gunfights of The Wild Bunch we have the precursors of both the confusing and terrifying battles in the antiwar war films to come, like Saving Private Ryan, and the stunningly beautiful blood operas of John Woo. (I haven’t heard him mention Peckinpah specifically as an influence, but his trademark slow motion, blood spurting, falling bodies shot from multiple angles—both by bullets and film—turn out to be quite a case of copyright infringement.)

Make no mistake, our protagonists remain bastards from beginning to end. The climactic showdown only occurs because the Bunch sell out one of their own to begin with. Immediately before the iconic, suicidal walk into the city to right their wrong, not only do we find the scruffy Gorch brothers refusing to pay a crying whore the two more pesos she is owed but the ostensible noble leader shortchanging his hooker while her baby cries on the floor. Nobility be damned, yes, but somehow this uncomfortable and embarrassing scene doesn’t undercut the power of the next moment; when Pike says “Let’s go,” and they begin their fatal march, I can honestly say I had chills running up and down my spine. This, then, is where the genius of The Wild Bunch lies: in Peckinpah’s ability to juxtapose so many seemingly contradictory elements without letting the tale spin out of control, starting with the basic fundamentals and adding layer upon subversive layer without subverting the necessary emotional muscle of the archetype. In The Wild Bunch Peckinpah puts everything he possibly can into the Western and ultimately leaves very little for anyone else to do with the genre.