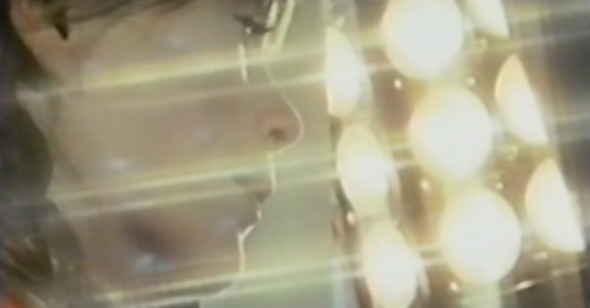 Few directors have so mightily proved their mettle with their debut as Steven Spielberg did with 1971’s Duel, in which he not only built an entire feature-length narrative around one mild-mannered hero and his diesel truck nemesis but also climactically tossed that truck off a cliff. Yet in a world bound by contracts, even astonishing initial success isn't enough to write one’s own ticket. Spielberg desperately wanted to break out of television, but found it difficult, especially with his ongoing seven-year Universal agreement. So in addition to Duel (such a clearly cinematic calling card that it ended up getting repackaged as a theatrical release abroad), the kid had racked up credits doing one-offs for Universal’s television series Night Gallery, Marcus Welby M.D., The Psychiatrist, Columbo, Owen Marshall: Counselor at Law, and an admired science-fiction-themed episode of the high-budgeted, 90-minute show The Name of the Game, titled “LA 2017.”

Duel would open up new avenues to work independently of such episodic parameters, but Spielberg was still not always given the freedom to pick his own projects, and, more importantly, still needed to please his mentor, Sid Sheinberg, who had believed in and defended the boy wonder to all comers. Thus a half-hearted tube endeavor such as 1973’s Savage still happened: intended as a pilot, though it was never picked up, the NBC movie starred Martin Landau as a TV political journalist named Paul Savage seeking out the truth in a scandal involving the blackmailing of a United States Supreme Court nominee. Spielberg hated the script from the get-go, and his initial hesitancy was seen as approaching ungrateful by Sheinberg, who allegedly threatened the whippersnapper with studio suspension.

A project that Spielberg did believe in, however, was Something Evil, made in between Duel and Savage, though it’s now forgotten as readily as the latter. A 1972 spook story that was a rare noncontractual production for the director, made in between Universal jobs, it aired as CBS’s Friday Night Movie on January 21, 1972. Unlike Duel, the film feels very much like the television movie that it is, and not in small part because of the claustrophobic nature of the story: whereas Duel hit the open road and made the astonishing most of its sun-baked California highways, road stops, and precipitous mountainsides, Something Evil crouches in the dark corners of an ominous Pennsylvania farmhouse where a thirtysomething couple, their beady-eyed preadolescent son, and infant daughter have come for respite from hectic city life. Marjorie, played by the always convulsively neurotic Sandy Dennis, is a painter who craves the quiet life, while Paul, embodied by Darren McGavin at his most straight-arrow (the Night Stalker star and A Christmas Story dad was better at bemused), is an advertising exec who just needs to keep the family together once they move in and after his wife grows quickly obsessed with the occult, becoming especially adept at pentacle design.

The auteurist can surely find here more than a shade of the haunted-house extravaganza Poltergeist (which Spielberg, ahem, didn’t direct ten years hence), from the manifestation of malevolent demonic forces as hair-whipping wind (only when her locks are blowing around her head as she clutches her children does Dennis oddly resemble Poltergeist’s mama JoBeth Williams) to Marjorie’s incessant “Carol Anne!”–like cries of “Stevie!” upon misplacing the child, to the reveal that the haunting is not caused by ghosts but the devil himself (“It is the beast!” per Poltergeist’s Tangina). But that glossy sound-and-light show, made when Spielberg was already a household name, for all its dazzling effects and even its occasionally vivid putrescence, is missing that mottled handcrafted feel that makes parts of Something Evil feel so genuine, and so genuinely off-kilter. For instance, Marjorie’s growing madness, which is initially as ambiguously connected to actual supernatural events as Jack Torrance’s in The Shining, is represented by her hearing incessant baby squeals emanating from the toolshed. Under veil of night, she creeps out of bed to track down the source of the disturbance. At first her flashlight falls on a cast-iron woodstove—all that’s inside is a rat, but even the thought of a discarded infant inside is disturbing enough to rattle. The eventual discovery is memorably horrific: a shrieking, pulsating jelly jar of glowing red pulp perched on a shelf in the shed. The image, which resembles a writhing fetus, begs the question: Is Marjorie’s growing madness related to her fear of her own children? (The scene has an added heaviness when one considers that Sandy Dennis suffered a life-altering miscarriage in 1965.) It’s a repulsive, ultimately unexplained conceit, a representation that feels at once interior and exterior, and far more effective than the later images of poor little, possessed, levitating Stevie that anticipated the next year’s The Exorcist.

Despite such occasional perversity, Something Evil is ultimately a rather unremarkable relic from the heyday of seventies television horror, which was anticipated by the 1969 premiere of Night Gallery, the Rod Serling series that ramped up the terror quotient from The Twilight Zone, and of which Spielberg had been an integral part, directing one of the segments in its omnibus pilot. Without the icon’s name attached, it’s doubtful that today Something Evil would remain in the public consciousness; it’s certainly not at the level of more legitimately dangerous horror-at-home entertainments like Bill L. Norton’s makeup-effects-heavy Gargoyles (1972); Richard Matheson’s aforementioned Night Stalker (1972); Dan Curtis’s Matheson–scripted Trilogy of Terror (1975), starring a notoriously long-in-the-tooth Karen Black; or Tobe Hooper’s heart-stopping Salem’s Lot (1979). Though classier, Something Evil feels more kin to such child-terrorizers as Curtis Harrington’s Devil Dog: The Hound of Hell (1978), or even Stuart Rosenberg’s The Amityville Horror (1979), which, though theatrical, had a grungy television aesthetic.

Appreciating Something Evil now, of course, is largely in its use as a herald of its maker’s career, perhaps in pointing out those elaborate shots that the director allegedly took entire days to complete (including a party scene that winds around the house from one guest-clogged room to another), an uncommon practice for such a cheap project, but which didn’t raise many eyebrows from the network, presumably due to the success of Duel. And there is plenty in his work here with eventual Jaws cinematographer Bill Butler worth remarking upon: an intensely show-offy prologue of shadows and slow-motion, the rare use of a split diopter lens, an emphasis on low angles familiar to the director’s fans, and the occasional streaming ray of Spielbergian light—in one scene, actor Ralph Bellamy, as a local devil expert (a bit of Rosemary’s Baby intertextuality, for sure), is framed speaking in front of a window so bright that the sunlight nearly obscures his face.

Though there’s an undeniable generic quality to the overall storytelling one didn’t find in Duel, there is a truly idiosyncratic center to the film, and that is, unsurprisingly, Sandy Dennis. The Nebraska-born method actress’s slurring cadences and odd tendency to punctuate her lines with seemingly insincere grimaces, were already well known to viewers since her Oscar-winning turn as the freaked-out Honey in Mike Nichols’s Who’s Afraid of Virginia Woolf (1966) and as an inner-city teacher in Robert Mulligan’s Up the Down Staircase (1967). Dennis is here clearly more convincing as dabbling painter than as nurturing housewife (she conveys no sense of domestic normalcy in her conversational rhythm), and that lopsidedness works to the film’s advantage: Dennis genuinely seems unbalanced, as though the haunting were coming directly from her subconsciousness, and her unraveling had little to do with the supernatural. The way she abruptly, insistently says “bye” to her husband on the phone; the way she’ll suddenly shout a word unexpectedly; the way she narrows her eyes to condemning slits during otherwise banal conversations, and conversely the way she adds deflating little chuckles to the middle of other more seemingly serious conversations—all these add to the sense of Something Evil being less about a haunted house than a woman unwound, and more importantly perhaps, ultimately a showcase for Dennis.

Other than this, the soon-to-follow The Sugarland Express, and The Color Purple (costarring Margaret Avery, who turns up in a blink-and-miss-it role in Something Evil as a rejected voiceover actress for one of Paul’s ads), Spielberg films with female protagonists have been anomalies in a career teeming with boys’ adventure stories and male-centric historical dramas. On the page, Marjorie is a typical plagued housewife, but in Dennis’s hands she is like so many other of the actress’s characters, a woman in transition, uncomfortable in her skin, looking for a way out. It’s refreshing, especially so soon after the machismo-in-crisis themes that fuel Duel, for Spielberg to essentially cede ground to an actress, and in this case one so famously mannered that she often hijacked entire films for her own mysterious purposes. Often to the benefit of her films, she seems in a different world altogether, a quality that perhaps should have been harnessed for more occult material such as this. Sandy Dennis is a force that even Spielberg might not have known exactly what to do with: the director would never again have at the center of his any of his films as natural a special effect.