Best of the Decade #2: No Home Movie 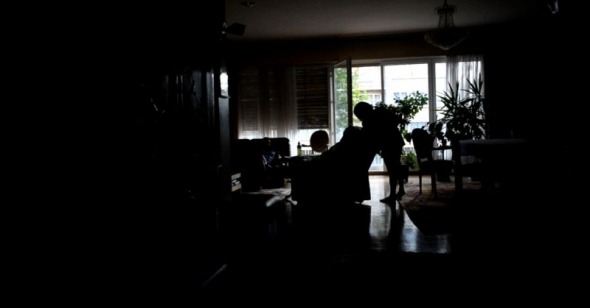 Chantal Akerman took her own life on October 5, 2015, two days before the United States premiere of No Home Movie at the New York Film Festival. The film, which documents the final year of Akerman’s mother’s life, is now inseparable from the tragic end of Akerman’s own. With the recent English translation of Akerman’s 2013 memoir My Mother Laughs, it is impossible not to arrive at the simple and devastating conclusion: Akerman could not survive in a world without her mother.

This is the thought that haunted me in the days and weeks after the event of her death, and the event of her film. Not: Akerman could not live without her mother. This was not a film about living, no matter how vital Akerman was with her piercing eyes and large, disarming smile. Instead it was about survival, which for her was an unending and brutal process. To survive means one has to keep surviving, to bear the anguish of what in some ways can never be escaped, until one can do it no longer. Surviving is what we see mother and daughter doing for each other in No Home Movie, though it also pains and consumes them. At one point her mother, Nelly, who has become gaunt with illness, confesses to a family aide her strong aversion to eating, and her need to pretend otherwise for the sake of Chantal. “I can’t do this to her,” she says, “because it would make her sick.” Surviving is an almost unspeakable part of the family history, as Nelly herself was a survivor of the Holocaust. But even without mentioning it, the survived event is always there, turning every empty space into a vacuum, and dividing time into a “before,” when, Akerman writes in her memoir, “everything was possible” for Nelly, and an “after” sealed in silence. Chantal tells a housekeeper that Nelly had been sent to Poland, to Auschwitz. “That’s why my mother is like that,” though Chantal doesn’t explain what “that” is.

Surviving is also in the film’s daring opening shot, nearly four minutes of a stunted tree lashed by desert winds. The winds never let up. The tree’s hobbled shape indicates that it has long stood against this punishment, though in the barrage of sound pummeling Akerman’s cellphone microphone, it seems like it could give way at any moment. Further off, a telephone pole leans sharply into a hill, holding up a tenuous line. This telephone pole is matched by one that appears in one of the final shots, again in an unnamed and barren land. No Home Movie stretches across several far-flung connections: Oklahoma and Belgium, then and now, before and after, mother and daughter. These are the poles that hold up the ends of the film.

In between these two women is a heavy quiet. It is no coincidence that Nelly’s tidy flat is like that of another Brussels housewife; Jeanne Dielman, 23 quai de Commerce, 1080 Bruxelles was, as many of Akerman’s films were, for and about her mother. Similar to the oppressive stillness of the Dielman household that’s shattered by the involuntary gasp of a woman’s orgasm, the sounds that disrupt the surface here are Nelly’s coughs and gurgles, the lurching of a body in decline. In My Mother Laughs, Akerman is tormented by her mother’s moans, which Nelly seems not to hear. They are so unlike the sounds of delight that her mother prefers. Nelly wanted things to be smooth, including her disheveled daughter. “Me, my sloppy clothes, my uncombed hair, all this disturbed her, hurt her. It was way over the line of what reassured her. A smooth world. Very smooth, without an unironed shirt or unpleasant surprise.” Late in the film, Chantal arranges the guestroom in which she has been staying. In a deep silhouette, she ties her shoelaces (earlier they had laughed over her perennially untied shoes as a girl) and closes the curtain. There is an iron on the windowsill. She tries to maintain the smoothness of her mother’s home, even if, in this moment, her mother is nearly gone.

It takes considerable effort to keep things smooth. As Akerman reveals in My Mother Laughs, she found the cheery orderliness of Nelly’s routines unbearable. No Home Movie, likewise, requires no small amount of fortitude. For the first half of the film, Nelly fills her home with chatter and commotion. Akerman films several exchanges between mother and daughter over meals at the kitchen table, and they call up bright memories of Chantal’s childhood, her father, and the lawyer whose affection for Nelly’s mom expedited the processing of their papers—though, as Chantal points out, that help still came too late. The effusive laughter, the cooed bisous continue over their many Skype sessions. That is why it is startling when, in the second half, Nelly makes an admission about Chantal to a friend: “She’s never really talked to me.”

In My Mother Laughs, Akerman also admits as much. Finding herself unable to say anything about her collapsing relationships, her depression and anguish, she deflects her mother’s concern with reports of the weather, her job, and other banalities. In one of the film’s few tracking shots, Akerman walks with her camera through the apartment, starting at a rainy street seen through a living room window and ending at a small balcony outside the kitchen. When she comes across her mother, who is rummaging through a closet, Chantal calls out that the fuses had blown, and that she has reset them. But this explanation does not account for the sounds of her crying and shivering, or her drive to open the balcony door as if there were no air inside. None of this can she tell her mother. In this she is her mother’s daughter: Nelly, too, concealed her pain, save one moment in My Mother Laughs, when she observes: “My girls have everything. I didn’t have anything except the camps.” In No Home Movie, the weight of the unspoken hangs heavily in the air. It isolates these two women in their suffering, suffocates, and kills.

Outwardly, mother and daughter deny there is a gulf between them. They busy themselves in the roles they perform for each other: Chantal the prodigal daughter returned, and Nelly the doting, anxious mother. Both require Chantal to play the part of a child, and accordingly that is the vantage taken in No Home Movie. Akerman’s camera is usually placed a room away, watching Nelly through a doorway, or on the opposite side of a sliding glass door, and low to the ground, at a child’s height. At one point we see Chantal sitting on the ground, at Nelly’s feet, which are raised in a recliner. Often the camera is not in her hand at all, but placed on a table or on the kitchen counter, its cord visible in frame, like an attached umbilicus. She watches her mother stealthily—often it seems Nelly is unaware of being filmed—which allows her to study her mother’s gestures in full. These views are partial but sustained. In one shot the camera holds a fixed position as Nelly crouches over to retrieve something from a drawer. These trifles of domestic life occur mostly out of frame; Akerman is not recording activities so much as drawing a portrait with her camera, setting her mother against the backdrop of her bright, bourgeois home. But this is a fading portrait, as Nelly appears less and less over the course of the film.

During one of their Skype calls, Nelly asks why her daughter films her in the computer monitor when they speak. “I want to show that there is no distance in the world,” Chantal replies. It’s a puzzling line, because distance is suggested in every aspect of this film—the metaphor of the telephone poles, the nowhereness of Skype, the labored steps Nelly takes walking from one end of a hallway to the other. Distance has always been central in Akerman’s films, where it acts as a kind of force (in Simone Weil’s sense of the word): terrifying, inevitable, and always widening. For Chantal to say “there is no distance in the world” would seem to go back on everything she so fearlessly explored ever since she ran away to New York without a word, barely more than a teenager. Then I remember that she is saying it to Nelly, reassuring her the way an adult daughter is supposed to soothe a dying parent. I listen more closely to the tone of her deep and tender voice, and hear in it a longing to embrace her mother, knowing full well that she is slipping away. I hear grief, too, for the imminent loss of Nelly, and for the deeper closeness that Chantal sought all her life and, because of the things that couldn’t be said, was never achieved. It is heartbreaking.

There is one scene that occurs in both My Mother Laughs and No Home Movie. In the latter, Nelly lies back in her recliner and is dozing off. Her voice is hoarse and weak, and interrupted by small grunts. Her two daughters are with her, imploring her to stay awake. Chantal sits on the floor, filming. “What did you do yesterday?” she asks in an attempt to keep Nelly awake. Eyes closed, her mother mutters something about an excursion to a nearby cafe. In the memoir’s same or similar moment, Akerman describes her terror that her mother would stop breathing altogether in that moment. She writes: “Breathe mama, don’t let me go.”

The psychoanalyst D. W. Winnicott observed that the mother’s job is to nurture in her child “the belief that the world can contain what is wanted and needed.” Through the process of weaning, the mother imparts the second but equally important lesson that these wanted and needed things are out there, even if they cannot be immediately gratified. I think in this sense Akerman never really weaned from her mother. This may be strange to say, though I don’t mean it in an infantile sense. Perhaps because Nelly herself was so harmed by the world, she couldn’t pass along any such belief to her daughter. Yet Akerman still searched, and even dedicated her life to searching. She scoured the world in her many films, and found much beauty, integrity, and grace. We have so much to thank her for showing us. The tragedy is that none of those things were for her. All that mattered, truly, was her mother.

Akerman orbited her mother all her life, sometimes closer, sometimes farther away. But after Nelly’s death, with no mother, there could be no home. Neither could there be distance, because there was no longer anything to return to. There was not even the possibility of a world.