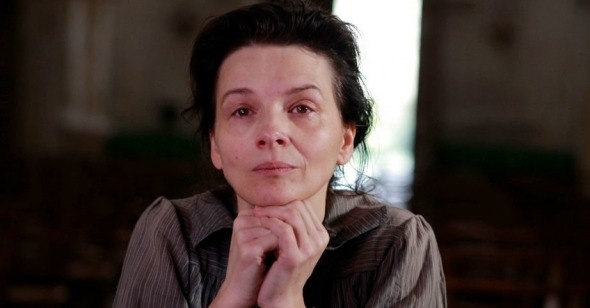 In Greek mythology there were nine muses, all daughters of Zeus and Mnemosyne, the goddess of memory. Credited with inspiring everyone from Homer to Herodotus in ancient times, the muses were never appropriated as exaltations of the accomplishment of man; instead these sisters were believed to be actual embodiments of literature, art, the sciences, and history who merely graced creators and thinkers with their insights. Flash forward two dozen centuries or so, when the muses drifted down from the heavens only to land in the patriarchal structure of 19th- and 20th-century European culture. The artist-muse relationship has been both romanticized and well documented in this period, and is decidedly hierarchical in form. Here the muse—most often a young woman—through her beauty or delicacy stirs some greatness buried deep within the artist, usually a man, allowing him to ascend to a sort of earthly grandeur with his craft.

One of the most frequently cited pairings is French sculptor Auguste Rodin and Camille Claudel, the young student whose unique and expressive style in many ways transcended that of her instructor. While Claudel’s reputation as an important artist in her own right is firmly secured in the canon of art history, when referenced in popular culture her creative accomplishments always come second to the lurid details of her tragic relationship with Rodin. They had a love affair for several years and collaborated on works; he continually refused to leave his partner Rose Beuret Mignon, and Claudel eventually broke off relations with him. After her father died in 1913, her more conservative brother and mother put her in an asylum where she spent the last 30 years of her life.

Bruno Dumont's seventh feature, Camille Claudel 1915 narrows in on a few days of the artist's life near the beginning of her internment in the asylum, when she still fosters a glimmer of hope that a visit from her Christian-poet brother, Paul Claudel, could lead her back to freedom. The film, spare in action and methodical in pacing, is a devastating portrayal of a brilliant woman who finds herself powerless to change the circumstances that surround her. It's safe to say that the film would not exist without its star, Juliette Binoche. This is not some grandiloquent statement on the power of Binoche's performance—though she is unsurprisingly deft in her marriage of both depth and transparency—but rather is meant quite literally: the film was conceived after Binoche approached Dumont about the possibility of working together. She has said that she always wanted to work with Dreyer or Bresson, and she saw Dumont as their modern counterpart. Dumont, whose previous films (with the exception of Twentynine Palms) all cast nonprofessional actors, spent months thinking about a project for Binoche until finally coming to her with the idea for Camille Claudel 1915.

The scenario of an auteur inspired to create a role for a specific actress could be quickly subsumed into the director-muse paradigm, for the film industry has its own long history of these relationships: Jean-Luc Godard and Anna Karina, Ingmar Bergman and Liv Ullmann, Michelangelo Antonioni and Monica Vitti, John Cassavetes and Gena Rowlands. But the fact that Binoche initially came to Dumont establishes an alternate counterpoint to this well-worn dynamic: Binoche knew well the draconian approach that Dumont takes with his actors, and purposely sought out those specific conditions and restraints that accompany his directorial style. Ostensibly, she chose the vehicle that would allow her to explore her craft in a way she found most creatively compelling at the time. Actresses have occasionally been credited with carefully “choosing” roles to curate a specific body of work, but seldom are they acknowledged for creating the circumstances in order to build that body of work the way Binoche has.

In selecting the role of Claudel for Binoche, Dumont was fully consistent with his previous casting methodology. To portray a great woman you must cast a great woman, just as he cast nonprofessionals to portray forgotten characters on the fringes of society in earlier works. Binoche brings the gravitas of her 30-year filmography into the role of Claudel, who, in 1915, was also 30 years into her career as a professional artist. Claudel was 19 when she became Rodin’s student; Binoche was 19 when she was cast in her first small film role. Dumont made the controversial choice of casting real psychiatric patients for the supporting roles in the film. Putting such a formidable and well-known actress into a peer-group of women with very real physical and psychological conditions creates an uneasy analog for contemporary audiences to more viscerally understand the true flavor of Claudel's final decades.

Binoche spent several weeks before production living with the women of the psychiatric hospital and the moments of empathy or aversion between them throughout the film feel all too real. As a result, any sign of madness in Binoche’s Claudel feels situational as opposed to terminal, which is entirely the point. For a director known for imposing such extreme restrictions on his actors as sleep and food deprivation, it is no surprise that Dumont would subject Binoche to equally rigorous preproduction and production ordeals—and surely this is why the actress sought out this collaboration: to allow herself to be pushed to an extreme that she would not normally approach. The result is astonishing and uncomfortable to behold. In her role as Claudel, Binoche is given nothing to hide behind, no comfort to fall back on. She wore no makeup during production and was given no script. Dumont told her only to study Claudel’s letters, which she was supposed to interpret into her dialogues. For much of the film, the camera rests on Binoche’s often strained, sometimes peaceful face, relentlessly prying into the woman’s inner world, giving her no peace or moment of escape. Any fleeting respite that her character finds onscreen is quickly interrupted by the camera, or by the cries of her fellow patients.

Dumont’s background as a philosophy professor leads to inevitable interpretations of his works as parables for larger social tendencies, and while these interpretations can certainly be read through this work as well, Camille Claudel 1915 is about a real time in a real woman's life. When Dumont’s style is applied to a context based on historical truth, it is all the more wrenching. As Khalil Gibran writes, “Out of suffering have emerged the strongest souls; the most massive characters are seared with scars.” What we realize in Binoche’s performance in Camille Claudel 1915 is how much power societal norms and perceptions have over the circumstances of even the strongest souls, especially those of women. If there is any comfort to be gleaned when looking at this work, it’s that the emotional ordeal explored so thoroughly by Binoche was done so with her consent; it’s a gift she has chosen to share.