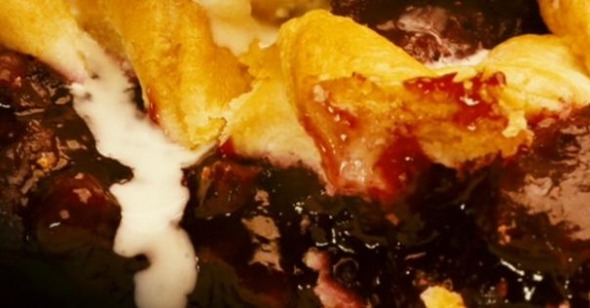 When one thinks about the ascendance of Wong Kar-wai to the Olympus of international auteurism, a few aesthetic and narrative standbys come to mind: the groundbreaking utilization of the step-printing technique in order to capture the mazelike cartography of Hong Kong and its multilayered neighborhoods; the innovative deployment of various, multi-language soundscapes; affected voiceovers that dwell on the recurrent theme of unrequited love; the ephemerality of desire and the unbound connection between characters and their surrounding objects. In partnership with production designer and editor Edward Chang and cinematographer Christopher Doyle, Wong created throughout the nineties some of cinema’s most dramatically innovative and audiovisually challenging tours de force, evolving later on towards the metacinematic deconstruction of his own works with films like 2046.

What happens, then, when a globally celebrated auteur moves away from his native artistic environment and decides to work detached from the very cultural, linguistic, and topographic idiosyncrasies that have historically constituted his field of artistic intervention? We must remember that Wong and his production team already performed such an operation before the realization of In the Mood for Love (the epitome of the conception of romance and desire that runs throughout his whole oeuvre) with Happy Together, a tale of impossible reciprocal love between two Chinese immigrants in Buenos Aires. In his poignant diary of the shoot, Doyle expresses more than once that after landing in the Argentine capital, they searched for the Hong Kong in Buenos Aires; in other words they coped with cultural and linguistic diversity by focusing on the dingy bars and after-hours locales that were familiar to them precisely because of the ways in which they resembled their native Hong Kong. Wong may be a big fan of Argentine writer Ricardo Piglia and 1960s Latin rhythms, but he and his crew knew little about the production modus operandi and bureaucratic pandemonium that seemed to permeate every step of the shooting process. Within this context, Buenos Aires became that elusive other that turned out to be conceptually fascinating but practically undecipherable, minus the soccer stadiums and drinking holes. Their solution? To stick with the emotional ups and downs of their protagonists—played by Leslie Cheung and Tony Leung—by situating the camera on their faces as though it were a relentless anthropologist chronicling how their relationship was decomposing little by little, and yet, occasionally resurfacing in moments in which both men managed to share the remnants of that true love that once glued them together. Who doesn’t remember the beautiful immediacy of Cheung and Leung dancing in an interior patio as the camera tangos in tune with the rhythm of their bodies and they share one last emotional and physical embrace?

There’s nothing quite so memorable in My Blueberry Nights, which was set and filmed across the United States. After starting with the rumbling of two New York City subway trains, the film immediately focuses on a greasy restaurant owner played by Jude Law. Then Norah Jones appears on screen. Her boyfriend has cheated on her and left her for another woman. The restaurant owner wants to know nothing about her. Distressed, she absent-mindedly leaves the keys of her boyfriend’s apartment at the restaurant and takes off. Wong’s self-referential recycling has already begun. If the shots of overlapping subway cars remind us of the bullet trains in Fallen Angels, the whole scenario of the unwanted girl leaving her key with a restaurant worker after an episode of unrequited love is nothing but a gender-role reversal of the second story of Chungking Express, between Leung’s Cop 663 and waitress May. One of the greatest cantopop stars, Faye Wong, played the role of May, while here Norah Jones, one of the most recognizable names in American pop, gets slotted in. Now they eat blueberry pie instead of canned pineapple.

As a Jones song plays in the background, the cruising trains return, blocking our full view of the Empire State Building in the background. As in the case of Buenos Aires in Happy Together, we are in a Hong Kong version of another city. Multi-speed frames, tears shed for lost love, and the shiny surfaces of objects are brought to the fore: fifteen minutes of vintage Wong Kar-wai, only now in English. And then, regrettably, the first excessively declarative voiceover begins, as Jones states, “At the end of that night, I decided to take the longest way to cross the street.” Translation: a road trip. Hence, Wong takes on one of the mainstays of American culture.

Or so he tried. There are many characters, none defined as anything more than a type. Soon enough, Jones is working as a bartender in a drinking hole somewhere deep in the middle of the country, with David Strathairn as her most prominent customer, a soul mistreated by fate and love and addicted to alcohol. The next episode is an inevitable reflection on the lonely lives of gamblers, set somewhere in Nevada and featuring Natalie Portman as a stock Southern belle who seems to be a cross between Blanche DuBois and Nick Nolte from The Good Thief. Despite her hard exterior, she’s also possessed by the unrequited: she covets her dying father’s love. She meets her demiurge in Jones; their yearning for intimacy binds their friendship together. Portman buys Jones the car she’s always wanted. After the predictable slow-motion tears set in, Jones utilizes her newly motorized freedom to turn around. It’s been 300 days. Back to New York. Back to the blueberry pie, the supreme symbol of Jones and Law’s love. A long kiss of unequivocal symbiosis. The end.

Perhaps Wong’s heart softened after so many years of denying spectators that one moment of lasting desire we so often coveted in his other, greater films. Or perhaps, as some thought, what seemed nonchalant in Cantonese becomes obvious and sentimental cheese in English. The nakedness of his characters’ utterances and the lack of sufficient colloquial translation makes the affecting discourses of his Hong Kong films seem like nothing more than a succession of sentimental clichés here—clichés that lay bare the formulaic drive behind his conception of romantic relationships. Wong’s film exists wholly outside the historical and the social. In My Blueberry Nights, America becomes little more than a backdrop for the technical virtuosity of a filmmaker unwilling to discover a new reality; instead, he lazily recycles his own cinematic mannerisms. He has the potential to reinvent, but first he needs to reinvent his own language.