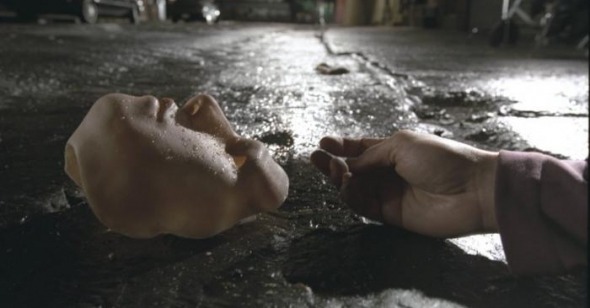 A little more than a decade ago, Almost Famous cemented writer-producer-director Cameron Crowe’s status as the reigning king of feel-good movies. It earned near-unanimous critical praise, won Crowe an Academy Award for Best Original Screenplay, and was named the best film of the year by no less than Roger Ebert. His previous efforts, 1996’s Jerry Maguire in particular, were similarly successful. Crowe had long been a critical darling, something a cursory glance at
his Rotten Tomatoes page can quantify. And then something happened: he made Vanilla Sky. Many who championed Crowe’s earlier, more lighthearted work seem quite frankly to have viewed his foray into sci-fi as not only a far cry from his unbridled optimism of yore but also, as Salon’s Stephanie Zacharek wrote, a “a betrayal of everything that Crowe has proved he knows how to do right,” and the formerly beloved filmmaker was quickly reevaluated. His next film, 2005’s Elizabethtown, was no less reviled than its predecessor but also something of a return to form: romance sans psychodrama. Crowe’s other films betray a certain boyishness and nostalgia, as well as the sense that good things happen to good people and everything tends to turn out okay in the end. But Vanilla Sky is more concerned with remorse, unfulfilled desire, and death. Quite a thematic jump, and one which many deemed a failure.

Troublingly, a considerable amount of the critical ire focused not on the admittedly jumbled plot—which concerns a billionaire playboy named David Aames (Tom Cruise) who gets into a car accident and suffers from amnesia or worse in the aftermath—but rather on the collective good looks of leads Cruise, Cameron Diaz, and Penelope Cruz: more than one writer implied that the stars’ attractiveness (Cruise’s in particular) somehow invalidated their characters’ suffering. This misdirected criticism is especially distressing when one considers the depth underlying Vanilla Sky’s seeming superficiality: Crowe communicates a great deal via the changing faces of his three leads. David’s is damaged by the accident to the point of necessitating a featureless latex mask; those of the two women he’s caught between, Julie (Diaz) and Sofia (Cruz), oscillate from one to the other at seemingly random intervals. Whether the latter is actually occurring or merely a figment of David’s confused imagination is, as with many other plot points, never fully disclosed. Regardless, this much is clear: Julie and Sofia are two components of the same whole, even if they exist largely within David’s mind. His inability to fully differentiate between them despite desiring one and fearing the other is a sort of psychological bellwether implicative of just how (un)reliable a narrator David really is. Vanilla Sky moves forward, backward, and sideways, but always returns to this vital question of to what—or whom—its protagonist hopes to return.

It’s in this way that, despite doing so in a highly nonlinear fashion, the film comes full circle. And though Cruise, as is often the case, amplifies the unlikable qualities of his character—especially as compared to Eduardo Noriega’s portrayal in Alejando Amenábar’s Abre los ojos (Open Your Eyes), of which this is essentially a shot-for-shot remake—it’s only to make his fall from what passes for grace that much more devastating. Cruise often seems smirky and smug, but it’s often for this same reason: consider his initial pompousness in Eyes Wide Shut and Magnolia; as with David in Vanilla Sky, this isn’t scenery chewing but instead a means of heightening the intensity of his character’s emotional turbulence. It may make David harder to like.

Critical pans aside, Vanilla Sky was a financial success, something I’m willing to admit has more to do with the fact that it’s a star vehicle from the height of Cruise’s career than the fact that it’s far and away Crowe’s best, most ambitious film. To not only understand but also enjoy it is to first become acquainted with its myriad set pieces and themes, and, more to the point, accept that the picture they cobble together to form is blurred and confusing. They include: stock footage of everything from hot-air balloons to daytime television to fake book covers; exactly 428 pop culture references, according to Crowe; a love quadrangle; a murder mystery; near-constant allusions to a conspiracy involving said murder perpetrated by a power-hungry board of directors dubbed the Seven Dwarves; the shifting identities of two markedly different women; lucid dreams; immortality via cryogenics; the gaps between perception and reality; and so on and so forth. If this sounds like a convoluted, even contradictory mishmash of ideas and iconography, that’s because it is. Vanilla Sky is many things, but a streamlined whole it is not.

Regardless, I’ve always had a soft spot for the film, and I find that it emotionally resonates with me more as time goes on. The key to Vanilla Sky is how one watches it: David requires reconstructive surgery after a near-fatal car crash purposefully orchestrated by a scorned lover, and similarly the viewer is called upon to construct a cohesive narrative framework out of the film’s fragmented bits and pieces. Crowe intends this cinematic jambalaya not to make perfect sense but rather to mirror David’s fractured psyche. When late in the film it’s revealed that (spoilers herein) much of what he’s experienced has been a lucid dream gone awry, we realize that Vanilla Sky’s nonlinearity has been intentional all the while. If nothing else, the film’s internal logic is consistent. Crowe is asking the viewer to absorb much of this more viscerally than intellectually; how much one enjoys (or even accepts) the experience will likely depend on the extent to which one is willing to do so. Scattershot though it may be, Vanilla Sky is remarkably vivid in unraveling the mysteries of David’s inner being. Its dreamlike narrative is particularly conducive to the bittersweet meandering carried out by him daily and, much as he did in Eyes Wide Shut, Cruise is forced to navigate the murky subconscious of a man tormented by what could have been and plagued by self-doubt. Crowe’s dreamscape, however, consists of a deceptively pop veneer.

Vanilla Sky’s intoxicating blend of genres—romance, sci-fi, mystery, psychodrama—is hinted at in the film’s opening frames (which alternate between a blank screen and aerial shots of early-morning New York City, accompanied by the eerie sound of whistling wind) and is quickly expounded upon moments later, when David drives his car through an empty Times Square—before waking up. Vanilla Sky is in many ways a series of false starts and near-accidents. But for each of these false starts there’s an actual trauma from which there is to be no recovery. Crowe is concerned with the moment—whether in a dream or waking life—when one realizes something irrevocable has occurred. “Every passing moment is another chance to turn it all around” is a key line repeated to the point of essentially becoming Vanilla Sky’s thesis statement. Crowe’s film takes this notion literally and presents a vision of how one man would live his life over again: what he would do differently and how things would end—or, more to the point, not end. Regret is thus a central concept and, remarkably, Crowe and Cruise make the reliving of David’s life—and, one might think, correcting his mistakes—an even more melancholic prospect than simply dwelling on them. “What’s happiness to you, David?” he’s asked early on and then several times more. He spends the whole of the film revealing the answer to us, peeling away our preconceived notions about him one at a time. Much like the film of which he is a part, David ultimately has surprising depth and nuance; he and his dreams are worthy of a closer look.