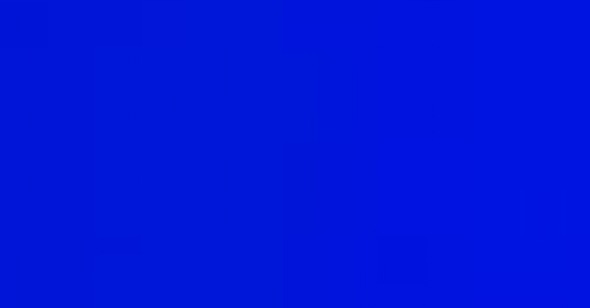 What do we talk about when we talk about color in cinema? It’s an element in essentially every contemporary film, yet it remains tricky to find the vocabulary with which to articulate how it makes us feel and think. This difficulty seems to largely tie back to the elusive nature of color itself—so visceral in its effect yet mysterious as to why it elicits such strong responses within us. As a result, we tend to ignore it in most movies. When confronted with a director whose chromatic choices are simply too indelible to not comment on—Minnelli, Anger, Almodóvar, Wong—we often fall back on tried-and-true descriptors. Words like “lush,” “vivid,” and “bold” speak to the striking nature of color in these filmmakers’ works, but don’t reveal much beyond their enhanced presence in the frame. The alternate path involves imbuing color with specific meanings, ranging from the banal to the intricate. Setting aside the inevitable fuzziness that comes with assigning specific thematic definitions to various hues (red = evil, lust, violence, love, etc.), the very act feels like an unnecessary reduction. Indeed, the indeterminacy of meaning and affect that color stirs up in us may be one of the very reasons we respond to it so strongly.

How do we square this web of physiological impulse, cultural connotation, and ineffable desirability with the almost-cheeky bluntness of Blue? The title of Derek Jarman’s final work says it all. The film offers the viewer nothing but a saturated blue screen for 76 minutes. Accompanied by voiceover musings read by Tilda Swinton, John Quentin, Nigel Terry, and the filmmaker himself, the image quickly attains both a pulsating vibrancy and obstinate fixedness. It’s hypnotic, a little harsh, and there’s simply no escaping it. Confronted with this unceasing screen of depthless color, do we view it as a work of pure form, akin to an abstract painting? (Jarman was said to be inspired by the work of Yves Klein.) Should it be seen as a metaphorical plane, upon which we layer our associations with the color, the filmmaker, etc.? Is it Jarman’s sly joke that we have to stare at the same glowing, monochromatic framing for over an hour, searching for meaning and sensation? Blue brilliantly confounds these distinctions, offering its central image as material fact, sensorial experience, and metaphorical node.

Stone-cold physical reality partially inspires Jarman’s single-hue frame. His choice to flood the screen with color and also void it of all other filmic elements (movement, mise-en-scène) offers a bracing cinematic corollary to his own physical deterioration. The filmmaker was diagnosed as HIV positive in late 1986. In the early nineties, he began to lose his vision as a result of an AIDS-related illness. This corrosion of his eyesight made it increasingly difficult to continue shooting and editing his films, but Jarman chose to refashion his ocular limitations into creative parameters. In this way, then, the unchanging plane of color before us in Blue must be seen in the most basic of terms: the manifestation of the illness’ ravages on the human body. This is literally how Jarman saw the world at that late stage in his life, and it’s how he insists we see the world too. The blue plane’s static nature doubles as an invitation to empathize with the director’s suffering and a defiant middle finger to all those who would deny the basic, corporeal realities of those dying from AIDS-related symptoms (a denial the British filmmaker experienced firsthand in the callous bungling of AIDS treatment and prevention education that marked the Thatcher era).

Of course, Jarman could just as easily have gotten across a feeling of physical limitation and isolation by placing nothing on the screen, crafting an image of pure black or white. If Blue places demands upon its viewers, it doesn’t want to deny their pleasure or engagement. Scanning the uniform contours of that blue rectangle lulls one into a Warholian state of contemplation, pitched between abandoning oneself to its sensorial pleasures and reflecting upon the very act of one’s viewing practice. Stare long enough into this fixed, vibrant box, and one cannot help but catch the second-long appearance of white dots or hairs that sporadically interrupt the uniform image. After a while, you’ll swear you’re noticing infinitesimal shifts in shading and texture. Whether these are occurring or not hardly matters. Jarman invites you to take a good, long stare at a visual element whose presence in everyday life hardly warrants a second look. As such, Blue simultaneously places the viewer in a self-reflexive position. What is it about this pulsating plane that attracts me? Conversely, when is it appropriate to turn away? When the constancy of bright color begins to overwhelm the eyes? When the sheer sameness of the image prompts even the most conscientious of filmgoers to momentarily escape its pull and focus upon something—anything—else for a moment? Even as he foregrounds so poignantly his own visual limitations, Jarman insists upon exploring the possibilities and parameters of optical pleasure.

As many critics have rightly noted, though, Blue is far from an exercise in pure aesthetic meditation. Jarman employs a complex, lyrical soundtrack both polyvocal in form and multi-strand in content. The voiceovers by Jarman and his actors run the gamut. Jarman might begin by offering a needle-sharp series of observations about the denizens of a doctor’s waiting room, or will rattle off the seemingly endless side effects of his medical treatments with a laugh-to-keep-from-crying dry wit. After a pause, the scene will shift entirely, with Jarman and company offering furious commentary on the indifference—if not outright aggression—shown by British society against people with AIDS; winding through musings on lost lovers and friends; or, most enigmatically, chronicling the mysterious “Blue,” whose battles and journeys through a metaphorical landscape symbolically mirror Jarman’s own failing struggles against the indignities of illness. These different registers are matched by shifts in sonic density and tone, ranging from the radio-play verisimilitude of scenes in a doctor’s office or café, to eerie blends of dissonant instrumentals and vocals. (I haven’t even mentioned the sporadic interludes into multi-part, occasionally profane choral harmonies.)

This sonic weave interacts with the screen in two seemingly disparate ways. On the one hand, the unchanging solidity and blankness of the image invites one to essentially look through it. The specificity of Jarman’s language and the vividness of the soundscape paint aural portraits for the viewer, allowing one to sketch the details mentally. Positioning his audience to craft images based upon sonic texture not only ties us to Jarman’s visually constricted viewpoint but also adds to the free-flowing nature of the text itself. Unanchored to any on-screen imagery, the tonal shifts and frequent forays into poetic abstraction can occur with a greater sense of unexpectedness and spontaneity. We have to listen carefully and deeply to understand the film’s world. Once again, though, a black screen could also accomplish this. If Jarman confronts the viewer with his limitations of vision, he also makes full use of the screen’s pulsating, hypnotic presence. Voiceovers will often explicitly cue us to link the image to the spoken text, noting the incidence of color in both literal and figurative ways. (In one memorable passage, the character of Blue does battle with “Yellowbelly,” a monstrous personification of the infections plaguing Jarman’s eyes.) Blue’s shifting signification—from a description of socks to shorthand for emotional malaise—forces the viewer to contemplate the screen, considering the multitudinous ways that this unceasing wall of light takes on subtle inflections as Jarman layers more and more ideas upon it. The film’s final passage collapses these various strands in heartrending fashion. Narration elliptically describes two lovers on the beach, lost in each other’s arms as the sea washes over the shore. As we listen to the tender details of their water-side embrace, the blue screen becomes the calm sea and the endless sky. But it also speaks to the nature of the scene’s erotic bliss—the blank, blue expanse both embodying the potential for love’s immortality (“Deep love drifting on the tide forever,” the voiceover sighs) and acknowledging the corporeal limitations of eros in the age of AIDS (“Our life will pass like the traces of a cloud and be scattered like mist that is chased by the rays of the sun”).

Blue’s deeply autobiographical nature ensures that any discussion of the film must be tied to the life of Jarman himself, who died a few months after Blue premiered in American theaters. For those familiar with his career, however, Jarman’s decision to craft his final cinematic statement around such a memorably chromatic image speaks to the importance of color throughout his oeuvre. From the startling introductory image of his very first film—the powder-white face, dusted with deep red lipstick and red and black eye shadow, that opens 1976’s Sebastiane—Jarman has used color with as much frequency, dexterity, and impact as any contemporary filmmaker. The mise-en-scène of his historical biopics (Caravaggio, Edward II, Wittgenstein) employ vibrant bursts of coloration, sometimes juxtaposing the saturated hues of an extravagant costume against a theatrically stripped-down black background. Aesthetic fireworks can double as thematic through lines, with certain shades returning to underscore key moments of passion or violence. (Note the toe-curling repetition of red in Jarman’s still-startling dystopian vision Jubilee.) Even when setting, props, and costumes appear less stylized, chromatic dynamism becomes imbued in the tinting of the frame itself, adding a moody romantic ache to The Angelic Conversation and upping the hallucinatory apocalyptic fury of The Last of England. Jarman saw the full expanse of color’s potential in film: as locus of visual pleasure, reflection of complex interiority, instrument for political protest, and gateway for sensorial revivification.

The radical reduction of Jarman’s palette into a single, constant image of chromatic saturation proves a poignant reminder of both how vividly the filmmaker used color throughout his films, and how thoroughly AIDS constricted his universe as an artist and a human being. If Blue is a challenging, sorrowful, and occasionally exhausting film, though, it’s also one that’s touched with a curious kind of hope. Certainly, Jarman refuses to indulge in cheap sentiment or mellow his irascible temperament. (He never did, and certainly not in a film that Jarman perhaps knew would be his last.) Blue’s stubborn spirit of optimism comes from the candor with which Jarman examines his physical limitations, and the ingeniousness with which he transforms his illness into a final, and perhaps definitive, statement on how he views the cinematic medium. Color in Blue is never just physical fact, or sensory stimulus, or symbolic stand-in. It’s all these and more, and often within the same instant. At the moment when his world was settling into darkness, Jarman invites us to examine and appreciate its multifaceted pleasure as thoroughly as he did. His blue persists, long after the inevitable cut to black.