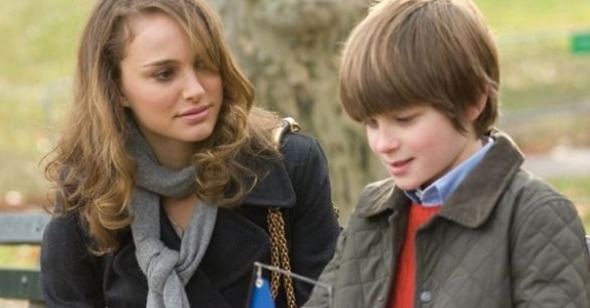 Staying In is a weekly Reverse Shot series that focuses on films our writers have viewed at home through all forms of digital distribution, from cable on demand to downloads to instant streaming. With Staying In, we hope to expand our ideas on film watching and criticism by getting out of our comfort zone—the theater.

Tuning in to a movie at home has always come with a set of concerns about the “proper” way to watch. Lights on or off? If and when to pause appropriately? To snack or not to snack? Chit-chat or silence? We’ve not only had to make our home viewing optimal, we also have had to implicitly compete with the theatrical experience. This competition is made literal by the day-and-date on-demand cable model taken up by such distributors as Magnolia and IFC. At this point, there may be more millennial at-home viewing methods than we can shake a stick (or a Wii wand) at, but one thing that most of them—Netflix Instant, Hulu Plus, and other online streaming sites; free audiovisual archives; films as downloadable files—have in common is that the selections usually comprise some form of back catalogue, a more instantly gratifying update of a video store. First-run on-demand is something else entirely: these titles are often hot off the presses. The same movie available to watch in the comfort and quiet of your own living room is, at least for those living in relatively urban areas, playing down the street at the art-house theater.

Thanks to on-demand now one can experience Ong-bak: Thai Warrior mercifully away from the glow of other people’s cell phones (but happily with your own laptop or phone well within reach should you fail to be dazzled). This most appealing of the overwhelming panoply of options for staying in with movies is not only convenient but also feels like a privilege, as though you’ve earned the right to see these images first. Yet with such power comes responsibility: what to choose? What is the right kind of film to select for a 37-inch screen if you have the possibility of watching it the way “it was meant to be seen”? Do these things matter, or are these concerns simply the vestiges of an outmoded cinephile like myself?

When scanning through my options the other night for a movie to order on demand, the options were few but eclectic: Bollywood and Spanish-language selections of course, but also titles from the U.S. indie scene, the New Korean canon, and the bottomless Asian action stockpile. Though the freedom to make any of them appear with just a flick of the wrist was somewhat exhilarating, I felt the need to watch something that would feel properly TV-sized, whatever that means. So, bypassing Im Sang-soo’s The Housemaid (the visual textures of which I rashly assumed would be better served at the local IFC Center) and Aaron Katz’s Cold Weather (which, though perhaps “small” enough for the couch, surely has a glacial pacing that might demand the unwavering attention I could give it in a theater), I settled upon Don Roos’s Natalie Portman vehicle The Other Woman, which promised to make for an appealingly middlebrow hour and a half in front of the tube (may I still call it that?), and which, in description, reminded me of all of those 1980s and early 1990s female-centric domestic dramedies studios used to churn out that were ever only available to me in home-video format, such as Bud Yorkin’s Twice in a Lifetime or Leonard Nimoy’s The Good Mother.

The movie was miserable, but the choice was perfect: what I might have resented on the big screen for its looming idiocy and time wasting (transportation plus previews and you have spent quite a lot more than ninety minutes) seemed pleasantly minor—patronizing, yes, but also unpretentious. Having seen Roos’s previous two features—also known as “sass-fests”—The Opposite of Sex and Happy Endings, in theaters with chuckling audiences (the former especially was met with more howls than a full moon on the British moors), I fully expected his latest to follow the Roos formula: equal parts pathos and sly, self-referential, deflating one-liners. Instead, The Other Woman, originally saddled with the somehow even more banal title Love and Other Impossible Pursuits (from the book it’s based on), is a fairly straight-on Lifetime Network-ish weepie with, to its credit, only the slightest delusions that it’s anything more. Its central conflict (whether Portman’s sad-eyed second wife, torn apart by hidden grief, will bond with her neurotic, natteringly perceptive young stepson) engenders about as much suspense as, say, the question of whether Portman’s Nina Nina Ballerina in Black Swan is nuts or not. So one would have to look at the peripheries for pleasure.

Unfortunately, there are no peripheries. Roos is so slavishly focused on Portman (even to the detriment of his usual muse, Lisa Kudrow, here saddled with the thankless role of the nuance-free, ragingly bitter first wife) that nothing else pops. As with Black Swan (and the hilariously misguided first ten minutes of Amos Gitai’s Free Zone, in which the camera stayed immovable on the actress’s face as she wailed en route to the Wailing Wall—a perfect distillation of the diminishing returns one gets from Portman fixation), Portman is front and center constantly, and also, like in Aronofsky’s cheap mock-ballet, she stays strictly on the surface of the character. Here, though, she’s not just providing silent-horror-movie reaction shots—she’s meant to be the anchor of a rich human drama, a young married beauty on the Upper East Side whose private pain (her and her husband’s baby died at three days old) is supposed to help endear us to her despite our complicated response to her adultery and general brittleness. But Portman, doing her manufactured brusque routine (here defined by a barely concealed loathing of a prepubescent) doesn’t provide enough layers to make this turnaround remotely engaging. Whether getting in touch with her inner black swan, bedding Ashton Kutcher with no strings attached, or chastising Annakin Skywalker for being a grumpy Gus, Portman always seems like she’s wandered in from the Kellogg’s commercial shooting next door and she didn’t have enough time to get into character.

Her superficial performance is matched by Roos’s dialogue, which is so on-the-nose it’s practically covered in snot. The first scene—in which a formerly friendly mom Portman’s literately named Emelia Greenleaf meets while picking up her stepson from school slowly backs away from her when she finds out she’s a leper, er, “homewrecker,” as exposition-ready Emilia helpfully explains to this stranger within one minute of meeting her—clearly augurs what’s to come. And indeed, in between selections from Roos’s iPod jogging playlist (Flaming Lips, Belle and Sebastian, and Adele all accompany wordless montages), acquaintances say things to Portman like “You’re cold, Emilia!” and “Children aren’t safe around you, Emilia!”

Basically, it’s just another orgy of punishment heaped upon contemporary American cinema’s favorite leading-lady martyr. What is it about Portman that makes directors want to break her down? Is it her impenetrable beauty? The fact that, above all else, she’s adept at instantly crumbling before your eyes like a push puppet? (Can a Portman-starring remake of Breaking the Waves be far off?) In its cycle of quiet grief, confrontation, and redemption, The Other Woman doesn’t distinguish itself from other films of its ilk (see Rabbit Hole for a genuinely moving middlebrow flagellator that seems to really understand the process of grieving), and doesn’t push far enough into the realm of melodrama to make any sort of impression. It’s all quite polite, which is surprising only in light of the baldly acerbic tone of Roos’s (ultimately spineless) prior films. That said, since I demand politeness in my home, I’ll just end by noting that The Other Woman is—how did we used to say it?—worth a rental.