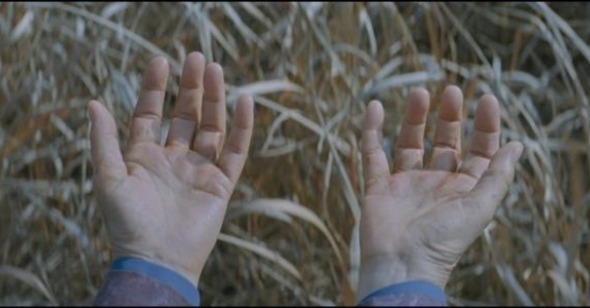 Stop! Or My Mom Will Shoot
By Leo Goldsmith

Early in Bong Joon-ho’s last feature, 2006’s The Host, there’s a scene in which the dysfunctional Park family assembles to publicly mourn their youngest member, whom they (as well as the audience) believe has been eaten by a giant aquatic mutant that has emerged from the Han River. Each of the Parks is uniquely, comically pitiable: the poor, overindulgent father; the daughter left with a bronze medal in archery after choking at the last minute; the belligerent, unemployed alcoholic son. Each of the characters bawls loudly for their departed, but this mourning goes just a bit too far. Soon the scene moves from bathos to slapstick: they fall on the floor, thrashing about and kicking one another, as Bong demonstrates his total mastery of mood, converting tragedy to comedy in a series of very precise set-ups and carefully measured performances.

The Host remains the highest grossing South Korean film of all time, a ten-million-dollar monster movie with both a heart and a healthy dose of awkwardness. It mainly succeeds by deftly balancing the personal, the political, and the paranormal: coy jabs at political ham-fistedness and media-driven hysteria sit comfortably alongside quotidian family squabbles and knowing action-movie operatics. (It pays as much attention to the preparation of instant ramen as it does to large-scale carnage.) On the surface, his latest film, Mother, seems somewhat less ambitious by comparison. Concerning a small-town murder that has been hastily pinned on a young retarded man, it seems to lack the showmanship and entertainment value of The Host. But in its achingly precise mise-en-scène, its deeply affecting elegiac tone, its finely calibrated performances, and, yes, its straight-up knee-slapping silliness, Mother represents the work of an astonishingly talented narrative filmmaker at the height of his abilities—the precise ratio of restraint and exaggeration is expertly calculated in every scene.

Mother returns Bong to the messy matters of criminology that he previously explored in Memories of Murder, but here he muddies the genre waters by emphasizing the similarly awkward affiliations of family. The titular Mother is the accused’s only parent, a purveyor of ginseng and a backdoor acupuncturist, who has raised her mentally challenged, doe-eyed son entirely by herself. As an adult still more or less pampered by his doting mother, the hapless Do-joon has nonetheless fallen under the influence of an overgrown local “bad kid,” Jin-tae, whose scheming and philandering Do-joon attempts to imitate. This naturally leads to some minor trouble with the law, which Bong briskly relays in a hilarious opening sequence in which Do-joon and Jin-tae descend on a nearby golf course in order to seek revenge on some upper-class fat-cats who nearly hit the boys with their Mercedes. While Do-joon claims this episode as a sign of his toughness (“Don't mess with me. Today I went to the police station!”), Mother and the audience take it as a sign that he needs better guidance. With little sense or means to protect himself—save for a violent, knee-jerk aversion to being called a “retard”—Do-joon is an obvious victim of the whims of an impatient, unsympathetic society.

Bong depicts this society as one of apathetic neighbors, cronyish bureaucrats, and law-enforcement officials who are best lazy, at worst cowboyish. When a local girl is murdered, and various circumstantial clues at the crime scene point tenuously to Do-joon's involvement, the young man becomes the obvious scapegoat. Unlike other mentally challenged characters presented in this year’s New York Film Festival (The daughter in Precious who has Down syndrome and is actually named Mungo; the young boy in Michael Haneke’s The White Ribbon whom we recognize as an innocent soon-to-be victim the second he appears onscreen), Do-joon is a comparatively even-handed portrayal, though his shortcomings are frequently played for laughs. It’s another example of the total command Bong has in his subject matters that he liberally toys with our understanding of Do-joon's character and circumstances (which alternate between funny or sad). Similarly, Bong is unafraid of suggesting the complexity of Do-joon's relationship with his mother, with multiple (again, slightly jokey) intimations of incest mixed in with a thousand details of tender, motherly devotion.

Once Do-joon is imprisoned and all but convicted of the crime, Mother’s complete devotion to her son turns her into an unlikely gumshoe-cum-avenging angel, tracking clues, stalking police officers in the rain, bribing people, and breaking into houses. As the redoubtable Mother, veteran Korean actress Kim Hye-Ja gives an astonishingly layered portrayal of maternal love in all its sweet and icky permutations, completely winning our sympathies even as Bong perpetually subverts them with his dark, queasy sense of humor. Even as we root for Mother’s triumph over the gaggle of smug teenagers, slick lawyers, and complacent cops, Kim invests Mother with both a to-the-ends-of-the-earth determination and a slightly unhinged mental state. And Bong hints at this equivocal tone from the very beginning in an initially unexplained, but gorgeously vivid prologue that finds her dancing to cheesy pop music in a grey and yellow field.

Yet even as we're unsure of what to make of Mother's almost perverse single-mindedness and the increasingly knotty circumstances she encounters, we never for a moment doubt that we're in the hands of master of cinematic narrative. Every scene is rendered in minutely perfect details of sound and texture: through his craning camera movements, we quickly and completely map golf course and crime scene alike; through his sound design and shallow depth-of field, we acutely feel the atmosphere of a car's interior, a deluged street, or a barren field; through his close-ups and montage, we palpably feel the suspense in tiny objects, like an apple, a ginseng guillotine, or an overturned bottle of water. It’s this assured storytelling, above all and beyond the constraints of genre, that makes Bong's filmmaking so completely enveloping and his focus on the awkwardness of life not feel awkward at all.