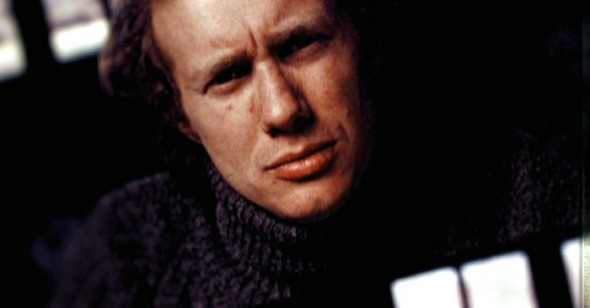 Having seen Alexander Olch‚Äôs metadocumentary The Windmill Movie a few weeks prior to the start of the New York Film Festival, I thought it odd to find no mention of it in A. O. Scott‚Äôs ‚ÄúQuasi-reality‚Äù curtain raiser in the New York Times. Especially given his emphasis on documentary form and its uneasy relationship to realism, and how this fertile terrain is ably probed by narrative films like Laurent Cantet‚Äôs The Class and Ari Folman‚Äôs unclassifiable Waltz with Bashir, the omission of The Windmill Movie, a modest foil, is glaring, or at least it would be if these films warranted mention alongside each other by dint of anything other than their inclusion in the New York Film Festival. (More surprising is Scott‚Äôs inclusion of Olivier Assayas‚Äôs luminous Summer Hours, a movie about ‚Äúreal things,‚Äù but certainly not realist, though I suppose the definition of that term is what he‚Äôs throwing into play.) The Windmill Movie, by first-time filmmaker Alexander Olch may traverse this same hybridized terrain, but the materials at his command are far different.

A portrait-of-a-portrait of a particular brand of inbred eastern seaboard intellectual narcissism, Olch‚Äôs The Windmill Movie is built largely from footage shot by deceased filmmaker Richard P. Rogers that was intended for use in an epic autobiographical work of the same name. The images, shot in a variety of formats, feel not unlike the personal, idiosyncratic material Ross McElwee‚Äôs been compressing into portions of various sizes (mammoth: Sherman‚Äôs March; bite-sized: Charleen; appetite-quelling: Bright Leaves) for decades, perhaps not surprising since the two both taught at Harvard, also where Olch studied under Rogers. This strand of self-reflexive documentary filmmaking, as evinced both by Rogers‚Äôs footage and Olch‚Äôs assembly of his mentor‚Äôs film, has been sorely in need of a lifeline in America ever since Tarnation convinced any filmmaker with a few hundred bucks, a Mac laptop, and a willingness to obscure truth in favor of neatly wrapped narratives, that their lives were ready for the silver screen. There‚Äôs been a slew of this stuff out in the ether, but few of those ‚Äúfilms‚Äù have been given as grand a platform as Lincoln Center. Fewer still are worth watching at all.

Imagine Doug Block‚Äôs laceratingly personal 51 Birch St. as compiled by his next-door neighbor and you‚Äôll have a sense of the overall experience of The Windmill Movie. Rogers may be our avatar, but Olch‚Äôs never far from our consciousness, weighing in via voiceover on the process of culling through the mountains of raw footage, the problems of negotiating the material with the filmmaker‚Äôs widow with her own agenda at his side, and his place in relation to this thorny new work, an amalgamation of approximating Rogers‚Äôs intents and Olch‚Äôs mediating influence. As such, we feel less like we‚Äôre watching the older filmmaker‚Äôs life story than sitting over Olch‚Äôs shoulder as the zips through images on a monitor, trying to guess at some sense of order.

The Windmill Movie is an interesting film, especially in a landscape of American documentary that has grown unnecessarily safe and formulaic. Olch is lucky in that his subject was a talented filmmaker‚Äîinstead of shaky, unfocused home video footage of the lowest quality, Rogers‚Äôs archives include some beautiful imagery, especially of the Hamptons locales which play home to the titular structure and the Rogers family estate, oddly composed interviews with members of his family (especially his mother), and materials shot in various far-off locales. Rogers proves himself to be nothing if not fastidious in filming‚Äîthere‚Äôs footage here that spans nearly his entire post-teen life from time at Harvard, to New York lofts in the sixties, his multiple bouts with cancer, and his long-running on-again off-again relationship with eventual wife Susan Meiselas, a noted photographer, who acts as producer on The Windmill Movie.

Olch has the benefit of access to this footage, but also to some of Rogers‚Äôs more famous friends; in far-too-brief segments, Bob Balaban and Wallace Shawn (Cynthia Nixon was shot, but not used) pop in to act out scenes from The Windmill Movie, adding an extra level of discourse to what might have been a mere assembly edit of the Dick Rogers story. It‚Äôs here that a feeling of missed opportunity creeps in. Given the potential to explode the autobiographical film that Rogers could never complete and the format itself, Olch backs down a bit: it‚Äôs properly mournful, but conventional nonetheless. Throughout, there are hints of a behind-the-scenes power struggle between the young filmmaker and the subject‚Äôs widow over how best to tell the story and this may account for the leveling out of The Windmill Movie‚Äôs more knotty discursive edges, and that drama might have been productively inserted to add another level of complication. If I sound like I‚Äôm being unnecessarily hard on The Windmill Movie, it‚Äôs only because I‚Äôm generally interested in its overall project, I enjoy much of its presentation (credit is due here to Rogers, self-absorbed but usually winningly so), and was often tantalized by the sense of documentary form pushed to the cusp of less charted terrain. I just wish that Olch, like Dick Rogers himself, was a bit more willing to revel in and plumb The Windmill Movie‚Äôs many oddities.