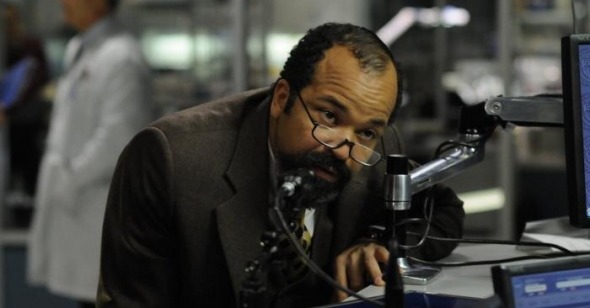 On Mondays, two Reverse Shotters wipe the weekend from their bleary eyes and engage in a postmortem on the multiplex trash (good or bad) they took in.

At this point, writer-director Duncan Jones at least has an artistic identity. He‚Äôs a mildly clever sci-fi conceptualist in thrall to a single conceit: perplexed characters caught in experiential loops. As in his 2009 debut, Moon, which cast Sam Rockwell as a human clone coming to terms with his artificiality, Jones‚Äôs script for Source Code features a perplexed protagonist navigating an externally induced identity crisis. Air Force helicopter pilot Colter Stevens (Jake Gyllenhaal) awakens on a commuter train bound for Chicago to find that he‚Äôs occupying another man‚Äôs body‚ÄĒthis realization is quickly topped in the bizarro sweepstakes when the train blows up and he zaps back to awareness in a dank iron capsule receiving transmissions from what appears to be a U.S. Army base. Expository dialogue between our hero and the woman on the other end of the video-conference line (Vera Farmiga) clues us in that he‚Äôs an (unwilling?) operative in a high-tech military initiative, in which he has been beamed brain-first into an avatar who‚Äôs since been confirmed dead in the train crash‚Äôs aftermath in order to figure out who planted the bomb that caused the catastrophe. This is no mean feat since his adventures in ‚Äútime reassignment‚ÄĚ are limited to eight-minute intervals.

The combination of precisely observed repetition-variation gags and solemnly ludicrous pseudo-science gives Source Code a nice enough setup. Unfortunately, as in Moon, Jones isn‚Äôt so good at providing payoffs. Stevens refuses to accept that the people he meets during his forays into the past‚ÄĒincluding his adorable seatmate (Michelle Monaghan)‚ÄĒare fated to die, and so he sloughs off his assigned role as observer and tries to change the outcome outright. It‚Äôs at this point that Source Code loses its lean shape‚ÄĒits best feature ‚ÄĒto become an ungainly hybrid: call it Groundhog D√©j√† Vu. We‚Äôre supposed to be moved by Stevens‚Äôs attempts to cheat chronology and save a group of total strangers, but the film is as cynical about this collection of once-and-future terrorist victims as the mission‚Äôs slimy chief scientist (Jeffrey Wright), who just wants to make sure the technology works and could care less about the ethics and effectiveness of extratemporal intervention.

And then there's the matter of the film‚Äôs ostensibly provocative but actually just ridiculously wrongheaded coda, which treats the casual erasure of a human life as a catalyst for rom-com giddiness‚ÄĒI doubt there will be a worse ending this year. ‚ÄĒAN

While I don‚Äôt share your backhanded confidence in Hollywood endings yet to come, Adam, I agree entirely that Source Code‚Äôs was wrongheaded, distractingly nonsensical (whereas for much of the film, nonsense is a mild tariff for fantasy), and morally baffling. Jones kept asking me to feel things I couldn‚Äôt, to passively accept unacceptable outcomes‚ÄĒand now I‚Äôm strictly talking about character and emotion, not sci-fi illogic. I was really thrown by the film‚Äôs demonization of Jeffrey Wright‚Äôs character, Dr. Rutledge. Though designed for us to distrust‚ÄĒhe‚Äôs a military bureaucrat with a goatee, a comb-over, an affectedly commanding voice, and a gimpy leg‚ÄĒRutledge is a hero based on what actually happens the film. He does nothing less than, 1) save Chicago from one seriously pimped-out dirty bomb, and 2) develop a battle-tested system for anticipating and averting catastrophic events. But I‚Äôm supposed to hate him because of his lack of people skills, and because his solution for rescuing entire cities of people is perhaps, perhaps, disrespectful to the dead? Come again? Only to have the coda put all reservations aside and affirm that the world-saving project will go on‚ÄĒbut this time thanks to G.I. Joe, not some thinky, sciency sissy.

I‚Äôm willing to accept and even champion the charms of Mr. Gyllenhaal, but fixed fast to his side for these 93 minutes I reckoned the disservice visited upon him by any film that demands he be taken seriously. With his giant, bloodshot eyeballs (like he‚Äôs been bonked on the head in a Woody Woodpecker cartoon, torpedo welt blasting heavenward), extendedly equine mid-face, and lusciously articulated lips, he‚Äôs the farthest thing from a grim everyman. He‚Äôs singular, unique, boyishly hot, and very goofy‚ÄĒespecially when he works that thinly graveled Valley voice of his. When harnessed and appreciated, these are assets. When ignored, or when I‚Äôm asked to accept them as common, silliness reigns supreme. But Jake can‚Äôt solely be blamed for how absurd Source Code becomes, for its thick and sloppy scoops of exposition, for its noncommittal excursions into father-son regret and life affirmation. It would have made for a promising TV pilot‚ÄĒindeed that ending seems designed to establish a series of high concept, closed-circuited interventions‚ÄĒsomething like a techno-blustery, inadequately humorless Quantum Leap or Voyagers. Lord knows there‚Äôs much worse out there, but that doesn‚Äôt make Source Code any more functional, by genre or even self-written rules, or any less ridiculous. ‚ÄĒEH