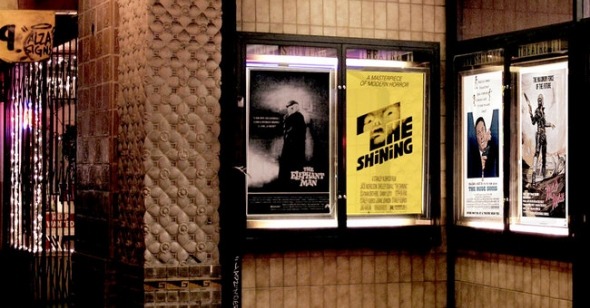 Against Interpretation
By Calum Marsh

Few accusations can make a film critic bristle as much as the claim that they are ‚Äúreading too much into‚ÄĚ something, whether it be a scene, shot, or gesture. Nobody wants to seem in thrall to an overactive imagination. The suggestion is that the value of a given reading is somehow proportionately related to how accurately it reflects what‚Äôs ‚Äúactually‚ÄĚ there, which can usually be reduced to whatever narrow range of meaning the author can be perceived to have intended. Consequently, good readings should discover or expose meaning that was deliberately and self-consciously hidden in the work by the person who made it, while bad readings merely project fanciful conspiracy theories atop a blank slate arbitrarily. Following this line of thinking, a critic‚Äôs job, then‚ÄĒor perhaps responsibility‚ÄĒis to wield his or her magnifying glass with cautious modesty, careful while scrutinizing not to see what isn‚Äôt there. Leave Freudian undertones and queer subtext to the academics and charlatans: if you see homoeroticism in Pillow Talk or social satire in Dumbo, you‚Äôre obviously just projecting. You‚Äôre reading too much into it.

The obsessive men and women interviewed offscreen at length across Rodney Ascher‚Äôs Room 237, a documentary exploring their wildly diverging interpretations of Stanley Kubrick‚Äôs The Shining, have read so deeply into their object of study that determining the plausibility of their theories seems well beyond the point. But their manner of speaking about the film‚ÄĒlargely as definitive authorities on it‚ÄĒhas a vaguely scientific inflection that betrays that same conviction: these readers by and large believe that what they have uncovered within the endless depths of The Shining, from suggestive patterns in the carpeting to anagrams arranged on signs and doors, was knowingly placed in the film by the director himself. Nearly every interviewee talks of how notoriously meticulous Kubrick was, of how nothing could find its way into the frame without having been consciously placed there. He didn‚Äôt abide mistakes, he didn‚Äôt do anything without thinking it through, and, of course, he was a genius with an IQ of 200. In each of the minor details barely noticeable in the corner of the screen, then, there lies crucial import ripe for gleaning. And because they are certain that all was intended, they believe that verifying these intentions is the only validation worth seeking.

It‚Äôs a familiar approach: only the author dictates a work‚Äôs true meaning, and proving the veracity (or justifying the worth) of a reading is simply a matter of arguing that the author always intended it to be so. It isn‚Äôt enough for one of the film‚Äôs dedicated readers to observe, for instance, that a chair which is present in the background of one shot is suddenly absent in the next, or to even speculate about the effect of such a continuity error on the viewer; no, the interviewee instead feels compelled to articulate the reason why Kubrick clearly chose to create the gaffe in the first place, and why its unexpected disappearance further informs a greater understanding of the film as a whole. Once we begin deferring to the unknowable intentions of an essentially imagined author to account for every detail of every frame, we begin to lose sight of the film itself. Reading becomes mere guesswork founded on the delusion that we could ever get it right.

Ascher, for his part, complicates his subjects‚Äô continued reliance on authorial intent by discreetly effacing his own, grafting interviews in voice-over atop footage from The Shining and a number of other Kubrick films, opting to forgo cutaways to talking heads or his own probing inquiries altogether. The result, as others have pointed out, occasionally takes on the quality of a particularly well-edited YouTube compilation, but if one wishes to be generous, it also resembles Thom Andersen‚Äôs Los Angeles Plays Itself and Mark Rappaport‚Äôs Rock Hudson‚Äôs Home Movies and From the Journals of Jean Seberg, more substantial video essays dealing with cinematic representation and meaning. But where both Andersen and Rappaport‚Äôs films explicitly engage with an audience‚Äôs problematic assumptions regarding authorship and meaning (and with great sophistication), Room 237 more or less sidesteps the issue.

A single throwaway line acknowledging poststructural theory (and, in particular, its principal tenet of validating meanings unintended by a work‚Äôs author) is a crucial inclusion‚ÄĒit at least lends the film a sense of self-awareness‚ÄĒbut it feels like little more than deferential lip service paid to those with a background in such things. Insofar as it provides such a wide range of dense, contradictory readings of one particular film, each exhaustively considered and compelling in its own way, Room 237 could have very thoughtfully interrogated the practice of privileging intended meaning over purely speculative or projected ones by speaking directly to the issue; the raw material would have been ideal fodder for confronting our preconceptions about close reading and the pursuit of a kind of truth in art.

One of the more outlandish arguments proposed by an interviewee finds in otherwise benign art direction and wardrobe details ‚Äúconclusive evidence‚ÄĚ that The Shining was intended by Kubrick as an admission that he helped fabricate the moon landing footage, a claim whose obvious absurdity shouldn‚Äôt alter the fact that his arguments are surprisingly well-reasoned. But, by constantly stressing that Kubrick deliberately left these clues and that he was totally aware of this subtext, the film ends up suggesting that one can choose only to regard the theory as either true (meaning that Kubrick planted this evidence in the film deliberately) or false (meaning that it‚Äôs all ridiculous and the product of an overactive imagination); the considerably more interesting middle-ground that finds the theory viable and untrue‚ÄĒin other words, the idea that the meaning can be right there on screen even if it was never intended to be‚ÄĒgoes mostly unexplored, leaving a dimension of critical heavy-lifting only vaguely implied. The occasional visual counterpoint, including a one-off sight gag in which Jack Nicholson ‚Äúresponds‚ÄĚ with sarcasm as a kind of reverse-shot to a particularly outlandish claim, prove that Room 237 was at least formally capable of grappling with or reflecting upon its own material without resorting to traditional running commentary. But this sort of dynamic interior criticism is frustratingly underused, emerging as a means for distancing humor rather than contemplation or serious thought.

Ascher allows each voice to speak openly for itself, presenting each theory as equally viable and absurd, rarely suggesting whether he believes it‚Äôs one or the other‚ÄĒthis may be a subtle and rather savvy way of undermining our desire for a strong directorial presence, but in practice it serves only to underline his ambivalence about the readings themselves. That ambivalence, indebted perhaps to the journalistic ideal of objectivity, prevents the film from making a persuasive statement in any direction, or from engaging with the material to intellectually productive ends. To quote Jonathan Rosenbaum‚Äôs review of the film, ‚Äúirony [is] the perpetual escape hatch,‚ÄĚ which is the primary source of the film‚Äôs entertainment value and also what makes it so difficult to admire as a work of critical insight or interpretation. In a sense, Room 237 is an argument against thorough, reasonable criticism: it trots obsessive cranks out like it‚Äôs leading a public freakshow, inviting us to feel superior by laughing off their conspiracies as patently absurd. It is, as has been noted repeatedly, more about the kinds of people who develop obsessive crackpot theories of horror films more than it is about the content or quality of the theories themselves, and it seems to suggest that these kinds of people are generally very nerdy and weird. It‚Äôs worth noting that none of the theories expounded upon in Room 237, despite being exhaustively researched and thoroughly thought out, have the intellectual rigor of a hard theoretical or otherwise academic reading, despite the fact that one of the interviewees is a professor.

That said, the footage and the arguments made about The Shining sometimes offer superficial pleasures: seeing some of the better arguments laid out on screen, with helpful and amusing graphic interpolations, is often entertaining in and of itself, and there‚Äôs an enormous amount of satisfaction to be found in watching surprising or outlandish coincidences and synchronicities articulated in full view onscreen. The most enjoyable sequence in the film shows us passages of The Shining overlaid with the film projected in reverse: it culminates in an eerie, potent image of Jack Nicholson‚Äôs face that matches up with a shot of the butchered and bloody twin girls, creating the illusion that Nicholson is wearing grotesque clown makeup. This works because there are no pretenses about what the connections themselves actually mean; nobody claims that The Shining was designed to be projected both forwards and backwards simultaneously. As soon as the question of intentionality is thrown out the window, the film is immediately liberated.