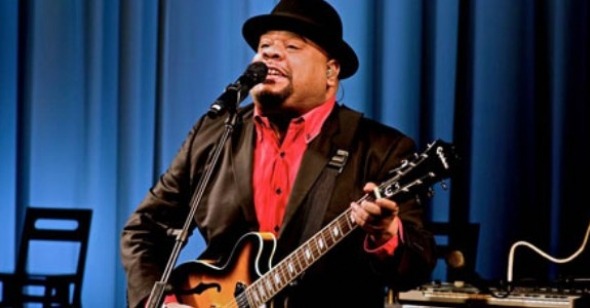 Spike Lee is among the busiest men in show business, and you might not even know it. These days, his major narrative features appear with regularity every two years or so—moving backwards, Miracle at St. Anna (2008), Inside Man (2006), She Hate Me (2004), 25th Hour (2002), Bamboozled (2000); a fairly respectable pace for a major American director working inside and out of the studio system. But in between he’s peppered his oeuvre with a hefty amount of other work, including long-form documentary (When the Levees Broke), shorts (from the omnibus films All the Invisible Children, and Ten Minutes Older: The Trumpet), oddities (like the Mariah Carey bio-spoof Lovers and Haters and Zidane-with-commentary knockoff Kobe Doin’ Work), and performance/concert films (The Original Kings of Comedy), some of which even the most ardent Lee fan might not even be aware of or have access to. Even if this has been a particularly fecund period for his narrative features (his run from Bamboozled to Inside Man is fascinating, wildly diverse, and largely unsung), in the wake of the scattershot Miracle at St. Anna, one worries a bit about the toll this lack of focus might be taking on his art as a whole.

This explosion in output (if not perhaps always creativity) roughly coincides with his discovery of digital video in shooting Bamboozled, and that film, in which many cameras looked at a scene from a wide variety of angles (a decision obvious from the often frenetic editing) signaled a slight but significant shift in his aesthetic. His films have always been marked by sequences of astounding fluidity and grace jostling with others chopped all to rhythmic bits—this has been the signature of his work. But there’s a creeping sense that Lee’s been, of late, directing from the edit, making fewer choices on the ground in favor of producing massive amounts of coverage to build a movie in Final Cut. This hasn’t really hurt yet (indeed, Bamboozled, among the best of his joints, wouldn’t have been possible without this new mode of production), but at what point does an artist lose control over the output in trying to do too much at once and too little of it at the actual point of interaction between the filmed and the filming?

Witness Passing Strange, Lee’s new concert doc capturing the final performance of the Tony-award winning musical of the same name. Shot with a number of cameras placed all over New York’s Belasco Theater, the play’s really the thing, and the film lets it unspool in real time, with only a brief 16mm prologue of the audience outside the theater prior to the performance and a few quick cuts backstage during intermission to signal anything like directorial intervention. An autobiographical bildungsroman with meta elements, Passing Strange the show seems like it must have been a rollicking good time from what we glean from Passing Strange the film. On a minimal set, with his four-piece rock orchestra in full view, Stew, the show’s charismatic ringleader and author details his unnamed main character’s quest for artistic satisfaction and la vie bohème from late Seventies black middle-class Los Angeles through his travels in Europe, most especially Amsterdam and Berlin in the early Eighties, making pit stops to pay cheeky homage to the music of the times—rock, punk, industrial, goth. One wonders through it all how resonant the show’s continual riffs on black identity—which collides with and finally assimilates white, European art cinema, music, and culture—are for the film’s director, who’s, like Stew, a connoisseur of such things.

Stew proselytizes through it all like the Hold Steady’s declamatory front man Craig Finn, and indeed there are odd similarities between Passing Strange’s narrative arc of self-discovery and disillusionment and that band’s second album, Separation Sunday (odd considering one follows a struggling black male artist from L.A., the other a white female junkie from Minneapolis—until you consider their shared class origins), especially in that both acknowledge the ephemerality and illusiveness of youthful dreams and beliefs unlike, say, the more myopic films of Joe Swanberg. Stew’s hero, in effort to discover the “real,” ends up not far from where he started, disabused of his wide-eyed fascination with subcultures and fringes, more fully aware of how life is lived in the moment and satisfied in the notion that even the most idiotic of our youthful choices are to be embraced. It’s this same trajectory of knowing that allows Finn to proclaim both “Lord, to be seventeen forever!” and “Lord, to be 33 forever!” within the same chorus.

Still, this isn’t a review of the show but the film, and it must be noted that by dint of Lee’s production choices, including a handful of inexplicable, useless camera placements, it’s often impossible to penetrate and engage with the work itself. Key action is obscured and spatial relationships (the things that make live theater crackle) are confused; for every moment of striking beauty—a particularly well-framed close-up or shot that finds the characters arrayed about on stage in pleasing depth—there are three illegible images to follow, and given the speed of the editing, most often in rapid succession. He employed similar strategies for shooting and cutting staged performances in the Mantan sequences of Bamboozled, but the differences are obvious: the ability to control the process entirely in his fiction film forced a degree of mise-en-scene consideration that unobtrusively watching didn’t. Lee’s documentation of Passing Strange is a worthwhile effort, surely making the work accessible to an audience wider than the limits of those few cities in which it’s been staged thus far, but oh, the Spike Lee film that it could have been.