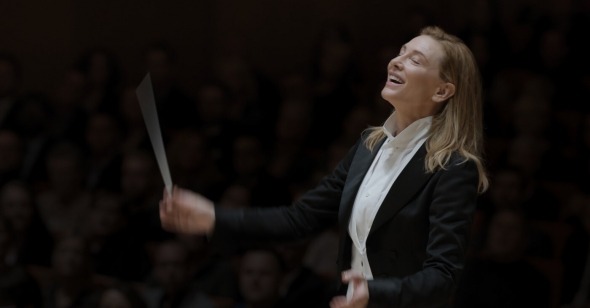 The Art of Monstrous Women
By Eileen G’Sell

In the canon of great American films about great men who abuse their power (Citizen Kane, Apocalypse Now, Nixon), that power is, at least in part, illegitimately acquired. Charlie Kane prints specious headlines; Colonel Kurtz ditches the hierarchies of the Army forces; Richard Nixon is, well, Richard Nixon. Power righteously earned, however, is rarely something we see abused on screen. We like our meritocratic mighty morally intact; it girds against the irksome reality that the most decent among us can become depraved.

So, too, do American films typically treat genius, be it intellectual or creative, as automatic proof of merit, at least among men (who, convenient for them, are virtually our only acknowledged geniuses). Take the sympathetic portrayals of brilliant, often tortured, fictional and historic men in Pi, Pollock, Good Will Hunting, Steve Jobs, A Beautiful Mind, or even Top Gun (no one can deny the man can fly). Sure, our geniuses might be complicated guys, but they’re never really bad people. If they are, we don’t want to see movies about them. Movies have a singular knack for making geniuses even more…genius. Movies about geniuses humble and exalt us all at once: we are dwarfed by the sheer sublimity of their minds, and we are buoyed because we are humans, too, and it’s flattering to be part of the same species.

Movies about genius women are exceedingly rare, and often verge on hagiography. Frida, Hidden Figures, Sylvia, and The Hours never fully wade into murkier moral waters (even if their pockets are lined with stones). And why should they? If lady geniuses are in short supply, then shouldn’t their sheer existence be celebrated? Who wants to see Woolf mistreat her servants? Who wants to remember Plath as a shitty mom?

Tár, Todd Field’s first movie in 16 years (after 2006’s Little Children), is provocative for a number of reasons. It also indulges in caricature toward the end. But what it does masterfully is something that few films have dared: confront us with an exceptional woman who has earned her power but has sinned so enormously that she should not keep it. Starring Cate Blanchett as Lydia Tár, a world-renowned conductor-composer and the first female leader of the Berlin Philharmonic, Tár invites us to revel in its heroine’s formidable talent, reckon with her downfall, and reel from complicitly worshipping a figure whose power entitles her to harm others—specifically other women.

Jetting across the Atlantic between New York and Germany for much of the narrative, Tár oozes a competency to match her prestige—shifting seamlessly between English, French, and German; packing a mean left hook at her boxing gym as well as she packs the house for a pedantic exchange with (the real) Adam Gopnik. Her bespoke button-downs are professionally pressed; her assistant, Francesca (Noémie Merlant), seems unprofessionally smitten, and vexed by the attention her boss showers on younger female acolytes. An obsequious male benefactor begs for her performance notes. Even calling the character “Lydia” feels presumptuous; despite spending more than two and half hours with Blanchett in every scene, we are never really on a first name basis.

In this way, the film invites us to become as infatuated with Tár as we would any “Great Man” whose profundity pardons him from the moral playbook. And as her character consistently shirks the idea that her sex—or, indeed, any aspect of her self-proclaimed “U-haul lesbian” identity—has made it harder to excel in the enduringly sexist realm of classical music, we are led to embrace the myth that Tár herself clearly embraces: that brilliance is enough to launch anyone into the firmament, that she is beyond the bounds of gender. “I am Petra’s father,” she warns a bully, in gruff German, in front of her daughter’s grade school. Like the silent mädchen Tár towers over, we are apt to believe her.

Tár’s masculine arrogance accompanies constant guardedness, just as neurosis underlies her narcissism. Preparing for a live recording of Mahler’s fifth symphony, while also vetting (and possibly courting) a new cellist, Olga (Sophie Kauer), she is an uncannily composed composer—even when she shouldn’t be. When Tár is informed that Krista Taylor, a former student she has written off as “troubled,” has committed suicide, her forehead barely flinches. “We have to remember that there’s nothing we could have done to stop her,” Tár implores a weeping Francesca, whose loyalty is clearly torn. “We have to forget about her.”

But forgetting isn’t possible. As Tár’s guilt haunts her, much of the film’s latter half resembles a horror flick: a metronome suddenly ticks in her study late at night, a sound groans from her kitchen fridge, strange cries echo from the woods in the park on her morning run. Clued throughout the film that Tár was much more than Krista’s mentor, we are led to imagine the details of their relationship and what led to its demise. Meanwhile, Tár’s partner Sharon (Nina Hoss), the orchestra’s first violin, seems increasingly wary of the strings Olga might be pulling with Tár offstage.

Ever more suspicious of Tár while remaining riveted by her sway, Sharon serves as a foil for those of us in the audience who wish to will away her wickedness for our own comfort level. In this way, the film functions as both a character study of both its protagonist and each of us in the audience: how often do we exalt the brilliant so as to be blind to their moral failings? How often do we excuse these failings if someone is supernally brilliant and hot? And how eager are we to venerate a female genius such that we assume such genius cannot be monstrous?

Tár herself believes—or deludes herself—that true genius is only possible if race, gender, and sexuality are all tossed aside. In an early scene set at Juilliard, she scolds a Black pupil averse to playing Bach due to his allegedly siring twenty kids, telling him to abdicate his “ego and…identity.” At the end of the virtuosic eight-minute long take, she concludes, “You must stand in front of the public and God and obliterate yourself.” But if abandoning one’s ego is necessary to make great art, Field seems to suggest that having made great art seems only to inflate that ego to twice its size—and that we, as a society, are reticent to do anything about it.

But beyond the “female monstrousness” of “abandoning the kids” (which, notably, Tár doesn’t do) Dederer doesn’t dig into how power itself might entitle a female genius to commit so many other moral transgressions that we typically associate with men. Once one sees himself—or herself—as a God, who is there to rebuke them?

In this movie, it’s young people. Field loves a good witch hunt—consider the suburban paranoia around a neighbor pedophile in Little Children—and it is in his depiction of Gen Z activism that his film borders on caricature. Tár’s Juilliard rant is recorded by a student and posted on Twitter, purposefully edited to make her sound overtly racist rather than just brutally condescending. So, too, does the depiction of #Metoo-like protestors outside Tár’s book launch feel a bit more Jacobin than necessary, and perhaps implausible for a female perpetrator. By the time our maestro is duly disgraced—her face bloodied, her title taken, her partner and daughter gone for good—some may be moved to righteous applause while others are moved to pity. Many might not know how to feel—but the ambivalence feels purposeful.

If read as an apologia for abusive geniuses, or as a harsh rebuke to woke revanchism more common to younger generations, Tár may very well offend. But if read as an indictment of how, within patriarchal systems, brilliant women at the top of their game can become high on their own power and use it to hurt others, the film exposes how it is less a sexual appendage that leads to exploitation than the conviction that one is too big, too great, to shut down.

In the end, Tár’s art does not save her, but her commitment to conducting music, no matter the level of public prestige, seems to be how she can keep on going. Field never tells us what to do with the art of a monstrous woman, but he does compel us to rethink who can become a monster in the first place—and, perhaps most crucially, how.