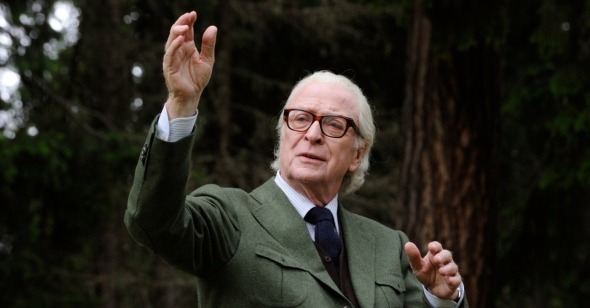 A useful rule of thumb: when an artist appears to you cloaked in the mantle of Wisdom, it is best to move very rapidly in the opposite direction. If pressured to define the difference between “Wisdom art” and works that employ a philosophical distance, I would point to vague tonal qualities, among them a certain smug self-satisfaction, an insulation from opposing viewpoints, and the faintest hint of a beatific grin.

I know this temperamental dislike isn’t universally shared, because people continue to listen to the music of Cat Stevens, there is a recent animated version of Kahlil Ghibran’s The Prophet, and Paolo Sorrentino is one of the biggest breakout successes to come from the European festival circuit in recent years. Youth, his seventh theatrical feature and the first after the impressive box-office returns of 2013’s The Great Beauty, is coy about its status as Wisdom art. Its two principals are octogenarian codgers whose total decrepitude extends to their decaying memories, and whose favorite topic of conversation is the relative states of their failing prostates. And yet every time they open their mouths, a sage observation on life or art tumbles out, pearls like “People are either beautiful or ugly. The ones in the middle are merely cute” or “I invent stories. I have to believe everything in order to make things up.”

Fred Ballinger (Michael Caine) and Mick Boyle (Harvey Keitel), friends of sixty years, are passing the season together at a luxury hotel spa in the Swiss Alps, not far from Venice. Fred is a conductor and composer, renowned for his cycle of “Simple Songs” and his youthful acquaintance with Stravinsky, though he is now retired, as we discover when an emissary from Her Majesty Elizabeth II tracks him down to request a command performance for Prince Philip’s birthday and is rebuffed. Mick, on the other hand, lives to work—a Hollywood film director, he is holed up with a platoon of five young screenwriters to workshop his latest script. Also at the hotel are Fred’s daughter and amanuensis, Lena (Rachel Weisz), who suffers a near breakdown when she is abandoned by her husband—and Mick’s son—Julian (Ed Stoppard); a retired soccer star (Roly Serrano) who has since developed a physique like that of the ball he once gracefully moved around the pitch; and Jimmy Tree (Paul Dano), a serious young actor with constantly metamorphosing looks, who can’t seem to live down a part he played in a silly science-fiction movie.

Interpolated between fairly straightforward dialogue scenes are views of both the other guests, mostly middle-aged or older—scenes which linger on saggy, Lucian Freud–like forms seen in the sauna, or one disrobed after an interlude with a teenaged prostitute who haunts the lobby—and the staff, young, firm-bodied women seen undressing in the maids’ locker room or the masseuse dancing along to a Wii Fit. These moments, though imbued with a stygian tone, are grounded in the daily reality of life in the hotel; not so the views we get into the psyches of the main characters in scenes visualizing their dreams and nightmares. Fred imagines himself walking along a narrow runway that crosses the Piazza San Marco, otherwise submerged in water, which rises over his head before he can reach the Basilica. Mick, traversing the countryside, is hemmed in on all sides by female characters, presumably drawn from his filmography. (Looking at this motley assemblage it is difficult to imagine what sort of career he is meant to have had, though it does establish rather conclusively that Sorrentino has some dim memory of seeing Fellini’s 8½, as The Great Beauty confirmed his acquaintance with La Dolce Vita.) Lena, who has been thrown over for a pop starlet, has a hallucinatory vision of one of her rival’s music video paeans to materialism and hedonism, which concludes by morphing into something demoniacal. But while Sorrentino’s film superficially resembles Olivier Assayas’s Clouds of Sils Maria in setting and subject matter, nothing in it indicates that the filmmaker has given any serious thought to the relationship between contemporary pop and “high” culture.

Whatever else you might think of writer-director Sorrentino, it can’t be said that he suffers from a lack of self-confidence. Each of these set pieces, as with each wistful dialogue exchange, is treated with the gravity of an unveiling, as the filmmaker whips back the curtain to reveal such sights as a levitating Buddhist monk, an abrupt auto-defenestration, or the last-act trotting out of Fred’s wife, her face frozen into a mask of dementia. Amidst all this ceremony it becomes very nearly impossible for even a semblance of spontaneous, recognizable human behavior to assert itself. Keitel, whose most searing film work might very well be as the frayed filmmaker alter-ego to Abel Ferrara in his Dangerous Game (1993), gives a career-worst performance, unable to negotiate lines like “We came upon a title today” without sounding hugely affected and a little sheepish. Jane Fonda, in a small but crucial role as Brenda Morel, Mick’s muse and longtime collaborator, fares even worse, if that’s possible, having to mouth Sorrentino’s ridiculous idea of tough-cookie patter (“Stop licking my ass, Mick—it just breaks my balls even more”).

Of course, “real” people don’t talk like the characters in Abraham Polonsky’s Force of Evil (1948), Whit Stillman’s Metropolitan (1990), or Yorgos Lanthimos’s The Lobster (2015), to pluck but three examples of stylized screenwriting out of the ether, and you could argue that the artifice of Sorrentino’s dialogue is encouraged by the fact that he’s dealing with show people and artists, and that the world of this hotel is a stage for once-and-current performers of one type or another (“Men, artists, animals, plants . . . We’re all just extras!” exhorts Mick.) The film opens with the image of a singer on a revolving platform on the hotel terrace, where various artists will be seen providing evening entertainment throughout the film: the English singer Paloma Faith and Sun Kil Moon front man/professional shit-stirrer Mark Kozelek both offer moody soundtrack atmospherics, leading up to the headliner performance of one of the “Simple Songs,” written for the film by David Lang and performed by violinist Viktoria Mullova and soprano Sumi Jo.

Stylized or no, what excuse is there to have the dramatis personae of Youth speak entirely in asinine cliché? My suspicion is that Sorrentino’s unease with vernacular English is at least partly to blame. With this, his second English-language movie after 2011’s This Must Be the Place, it’s safe to say that he would benefit immeasurably from collaborating with outside talent. (When Luchino Visconti needed English dialogues for 1954’s Senso, he called in Tennessee Williams and Paul Bowles; Sorrentino has comparable pull in his own career right now, but none of the intelligence or humility.) The auteur of Youth seems to be looking for something to say on the essential nature of things as they appear when seen with the focus born of approaching mortality, but the result is like Chicken Soup for the Art-House Soul. Fred and Jimmy, on first meeting, commiserate over the fact that they are both best remembered for bright, trifling, and decidedly minor works. Later, emerging from a creative crisis, Jimmy tells his friend that he has been struggling to make a choice between “what is really worth telling: horror or desire”—as if creation was a matter of surrendering to false-binary oppositions rather than encompassing them. Perhaps all this clunky text is meant to reinforce Fred’s conviction of music as the highest form of communication: “You don’t need words and experience to understand it, it just is.” (Another cliché, I will note in passing.) Sorrentino, with his opulently appointed soundtrack, may consider that he is working in the register of visual music, but nothing in his forced, jerky timing, particularly with comedy, bears this out.

This might be a good time to mention that Jimmy makes the abovementioned observation while dressed and made up as Adolf Hitler. This surreal interlude is sufficiently cutesy as not to risk giving offense, and as such is typical of the film as a whole. While the challenges of growing older are well known and legion, the one clear advantage is the increasing fearlessness that comes from having nothing to lose. Sorrentino, in his mid-forties, has made a timid and tactful movie. Consider his depiction of old flesh longing for young, in which Caine and Keitel, reclining one night in a hot tub, watch in awe as a nude Miss Universe (Mădălina Diana Ghenea) settles in across from them; now compare this to the skin-crawling discomfiture of Ulrich Seidl’s Paradise: Love (2012), or Larry Clark stepping in front of the camera to slurp up a teenager’s toe jam in The Smell of Us (2014). Keitel has been game to expose himself wholly for the camera in the past, but Sorrentino asks nothing more from his leads than an occasional peep of sagging pecs in the sauna. To call this misty, low-risk collection of calculated revelations a high-toned The Bucket List would be a disservice to Rob Reiner. If it’s true, as Sorrentino has Brenda say at one point, that artists don’t get better with age, we are in for at least a rough couple of decades.