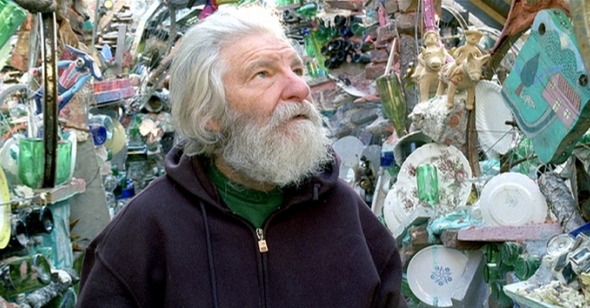 Inside the House of Mirrors
By Leo Goldsmith

In his 1992 book Madness and Modernism: Insanity in the Light of Modern Art, Literature, and Thought, Louis A. Sass, a clinical psychologist at Rutgers, uses modernism as a way of illuminating the puzzling symptoms of schizophrenia. He's less interested in the opposite—that is, he imagines schizophrenics as modernists, though not necessarily modernists as schizophrenics—but he finds a rich and fascinating correspondence nonetheless. For one, they share a roughly parallel history: schizophrenia was vaguely discerned at the very earliest around the late 18th or early 19th century, and was only specifically diagnosed at about the time of the industrialization of the western world. Thus, as Virginia Woolf has it, referring to the Bloomsbury group and postimpressionism, “On or about December 1910 human nature changed.”

This historicization of modernism and the human brain would seem to substantiate that old film theory chestnut, the modernity thesis, espoused by Walter Benjamin and Siegfried Kracauer, which suggested that late-19th century industrialization (not to mention the First World War) fundamentally altered the human sensorium. Sass himself judiciously sidesteps any endorsement of this notion, but he still manages to have his theoretical cake and eat it, too. Noting, for example, that the heavily influential protosurrealist Giorgio de Chirico was “severely schizoid,” Sass enumerates some fascinating correlations between modernist art practice and schizophrenia. There is the adversarial stance of the avant garde; extreme perspectivism, relative to one specific point of view or multiple interchangeable perspectives (cf. Woolf and others); hyperreflexivity; tendencies toward primitivism. Ultimately, what Sass identifies is an underlying commonality of “intensified forms of self-consciousness” which either (or alternately) alienate the individual from the social world or from aspects of his own fragmented consciousness.

Though the spectator may be occasionally alarmed or confused by his behavior, the South Philadelphia muralist, mosaicist, and street artist Isaiah Zagar is more of a modernist than a schizophrenic. Throughout his son Jeremiah's documentary In a Dream, of which he is the subject, Zagar speaks candidly about his unsuccessful suicide attempt in his twenties (as well as his attempt, also unsuccessful, to tear off his own genitals) and his battles with depression, and persistently exhibits a stark bipolarity, raving about the multivarious beauties of the world, then sinking into inertia. And yet, though In a Dream is not about schizophrenia specifically, I can't help connecting Sass's book with Jeremiah Zagar's film: both stage opportunities to conjecture about the deeply physiological roots of art, about the need to project one's own mental order onto the world, hubristically, delusionally, or even therapeutically.

By his own admission, Zagar the Elder's project is one of turning “the city of Philadelphia, PA, USA, into a labyrinthine mosaic museum that incorporates all my varied knowledge and skills,” and he does so through an astonishing collage of paint, tile, mirrors, language, color, portraiture, abstraction, architecture, and bricolage. Zagar's work is autobiography writ large onto buildings owned, rented, or inhabited by him and his wife Julia in their home city. And throughout In a Dream, we watch the artist at work—it is one of the great films about artistic process, both physical and psychical—constructing his massive, varicolored maze, which partly documents his life: the sexual abuse he suffered as a boy, his institutionalization, his love for his wife, the birth of his sons, and beyond. It is a life story to be read and decoded from broad strokes of color, thick swatches of plaster and intricate pixel-patterns of ceramic and glass.

In its own way, too, Jeremiah Zagar's film is a grand gesture, an exercise in epic biography that explodes the intimate details of Isaiah's life and its effects on his family onto the screen. But unlike so many recent documentaries about artists and their work, or indeed so many recent documentaries about families and their perhaps inadvertent dysfunction, Jeremiah brings to his subject the kind of loving skepticism that seemingly only a son could have. To be sure, he documents and follows his father's work, holding a mirror to his process of artmaking and self-mythologization, echoing his father's fascination with “giganticness” with bold animations of Isaiah's work, cinematography in nearly every format imaginable, and an intricate sense of montage, which recalls nothing less than the mosaic, maze-like complexity of Roeg's Don't Look Now.

But importantly, he also offers an unvarnished look at his own family. What begins as simply another celebration of a supposedly childlike, sui generis artist swerves abruptly into something else entirely: Isaiah reveals that he has been having an affair with an assistant, his first son Ezekiel's struggles with addiction worsen, and the sanctity of his self-created art-life is ruptured. All the while, though devastated by her husband's infidelity, Julia manages to effect a sense of wisdom and stability: “For years, we were living in a dream . . . making family, making business, making children, making art, making life.” While Jeremiah's film might easily have gotten lost, drifting aimlessly along the corridors of Isaiah's art structures, it finds depth and perspective in Julia's point of view.

In a Dream thus explodes the hyperreflexivity of Isaiah's work, framing his often myopic self-regard with the hard and incontrovertible facts of living in the real world (whatever that may be). It demonstrates Isaiah's astonishing artistic imprint on his Philadelphia neighborhood, his plastic mastery of the world around him, but it also shows the effects that his lifework inevitably has upon those around him. Isaiah wants “to be alive in the work, to impregnate the work with my life,” but Jeremiah's film offers a wise and necessary expansion of his father's reflexivity, testifying to the ways in which Isaiah's created world bounces back, refracting in ways that are beyond his control.