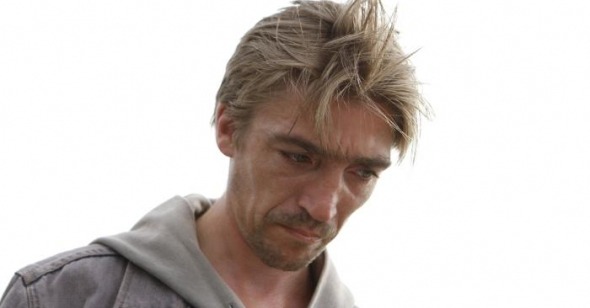 Breaking the Spell
By Michael Koresky

With his last film, Hadewijch, Bruno Dumont seemed to be for the first time fascinated by something he had previously shown little to no interest in: character psychology. In that film’s jarring story of a wayward young woman of privileged background who, after being cast from a nunnery back into a pitiless world, is seduced into the world of Islamic extremism, Dumont was trying to make sense of the contemporary world, using the visage of one confused girl to stand in for a worldwide ideological war. The always ambivalent filmmaker may not have come to any clear conclusions—like his Twentynine Palms and Flanders, this was a work that was explicitly political yet diffuse in meaning—yet he forces the viewer to spend the entire length of Hadewijch engaged in guessing at what its main character might be thinking, what her motivations might be, what drives her to commit her terrible final deeds, and thus whether the personal and large-scale political (the imposition of our beliefs, formulated by a whole set of strange, undefinable, inner phenomena, on a larger system of criss-crossing strategies and ideologies) ever can, or should be, reconciled.

Dumont may have no concrete answers for the questions he poses. But as an artist ever preoccupied with the unearthly, despite or perhaps because of his professed atheism, he often allows some idea of God to seep in. This is the strange tension in his work—he often features in his highly ascetic films spiritual interventions of abstract origin. Hadewijch, for instance, grants its sinner a climactic baptism by way of a criminal-turned-handyman, who could be either village idiot or deity. This Christ figure is played by David Dewaele, whose craggy, frankly amazing face, which resembles a more warmly receptive, wider-eyed Jackie Earle Haley, became that film’s guiding light as much as its protagonist’s guardian angel. Dumont’s latest film, Outside Satan, feels like a continuation of Hadewijch’s final scene, largely because of Dewaele, who’s back playing a similar role. Making this more difficult is that his character’s meaning is just as vague, although he’s now the central figure. The religious ambivalence that climaxed Hadewijch now seems to be the central preoccupation of Outside Satan, a film with little to no interest in specific character psychology,

Almost ten years ago, upon the release of Twentynine Palms, Dumont said in an interview, “By my nature, I’m profoundly skeptical and I try to communicate to my audience the physical experience of that skepticism.” Perhaps caught in a state of suspended animation, Dumont seems to have maintained this artistic temperament, and maybe embraced it a little too fervently. After a while, communicating only skepticism, in however skilled a fashion, can become something of a cinematic shell game, in which you leave your audience stranded to locate meaning and transcendence where it might not exist. Shouldn’t a skeptic like Dumont be constantly wrestling with meaning, rather than throwing his hands up and letting his audience do all the searching? Outside Satan, which languidly charts the strange ramblings of a disaffected goth-tinged girl (Alexandra Lemâtre) and a taciturn drifter, credited as Guy (Dewaele), around a small village in the Côte d’Opale shore of Northern France, engages audiences on that search but refrains from rewarding them.

Dumont describes Outside Satan as
“prehistoric, a primitive film,” which would seem to contradict it as a film implicitly about Christianity. Perhaps this is the film’s paradox, its sense of being and not being—that it insists on some kind of greater power, whether benevolent or demonic, even as it denies a moral order. As it opens, Guy is kneeling and praying before a landscape, a position we will often find him in. Much of the film is made up of Guy and the girl admiring the settings that Dumont and cinematographer Yves Cape have shot in sensational 2.35:1 vistas—we look as they look, a world that has been laid out for our and their admiration even as it bewilders us all. We also see him stepping on flames, possibly putting out a wildfire simply by the power of suggestion, and performing something like an exorcism on a troubled local girl by seemingly sucking the bad juju out of her with his mouth—all of which could fall under the category of miracle, depending on your belief systems, religious or cinematic.

Guy also kills her ostensibly abusive stepfather, bashes in the head of a doe with a heavy rock, and in a discomfiting act that ranks high with the director’s many other examples of very bad sex scenes, fucks a backpacker until she foams at the mouth, her expression frozen into a gape of curdled terror. Is he releasing her toxins, or just giving her the ride of her life? The horrors of ambiguous violence in Outside Satan—ambiguous in the sense of motivation and consequence—punctuate, and maybe distract from, its distinct visual pleasures, foremost of which is that stunning use of widescreen, which works seemingly at odds with the film’s unbearably intimate sound design. At one point, the two figures are but tiny specks as they move across a rocky beach at a great distance from the camera, but you can hear their every jagged breath as though they’re nuzzling your neck.

More than landscape, though, Outside Satan is about faces, and Dumont has quite a pair in Dewaele and Lemâtre, he with his expressive, wide-apart eyes and she with her scrunched, puckered features. There’s a genuine mystery in their interactions (such as his hard-to-read smile when he dunks bread in his coffee) that matters more to the texture of the film than its conceptual enigmas. The flesh is the only thing that’s real.

The elegant yet baffling title leads one to believe that the director wants you to consider these people, and the film’s events, in lieu of, rather than in light of, God or the devil. Outside Satan offers a central trick, forcing the audience to continually wonder whether Guy is an angel or a demon. From this gambit, the film implies a rather perfunctory philosophical outlook: that he is both or neither. One may take this as a reductive or visionary conceit, either further thumb twiddling about Christianity or a profound commentary on religion’s simultaneous destructive and regenerative properties. Either way, it’s a thoroughly quasi experience, grounded in a vividly realized place yet somehow weightless at the same time.