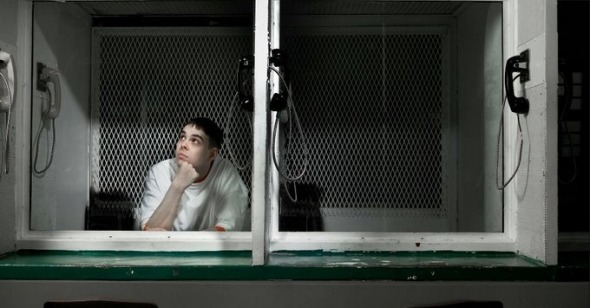 The Unseen
By Benjamin Mercer

Werner Herzog‚Äôs last few documentaries have taken him from Guyana (The White Diamond) to Antarctica (Encounters at the End of the World) to the South of France (Cave of Forgotten Dreams)‚Äîstrange or picturesque locations that provide the setting for a mind-scrambling array of mysteries about the various species that inhabit the earth. In each feature, the filmmaker personally introduces and endears us to a handful of eccentrics involved in magisterial scientific endeavors that promise to expand, however infinitesimally, our understanding of the planet. Herzog regards the natural world with equal parts terror and wonder (though in these recent works he never approaches the fever-dream alarm of earlier fiction films such as Aguirre), and each personality with a bemused compassion. In the 3-D Cave of Forgotten Dreams, for instance‚Äîwhich explores the earliest cave paintings known to man‚Äîthe director connects a figuration master narrative spanning tens of thousands of years with present-day portraits of unusual local characters (an ‚Äúexperimental‚Äù archaeologist who plays a primitive flute; a perfumer who smells caves). In so doing, Herzog emphasizes that even our most brilliant scientists aren‚Äôt so much reconstructing a history as determining the precise parameters of an abyss‚Äîthe story of mankind is too mysterious, and too filled with highly individual actors, to be divined in anything but its very broadest outlines.

Though Herzog has lately seemed to delight in upending viewer expectations (how else to explain his 2009 Nicolas Cage‚Äìstarring reboot of Bad Lieutenant?), his superb new documentary, Into the Abyss‚Äîits title very much of a piece with his recent ones‚Äô‚Äîstill comes as something of a surprise. That‚Äôs not to suggest Into the Abyss, subtitled A Tale of Death, a Tale of Life, represents a total departure for the German filmmaker. The irreconcilable brutality of outwardly reasonable and sociable people (and institutions), an ongoing concern of his, haunts every frame. But the film as a whole is a such a thorough, devastating piece of work that it seems like Herzog has returned from the remotest wilds with a renewed focus and a more fervent interest in what, exactly, makes his own species tick.

Into the Abyss‚Äôs dozen or so in-depth interviews are conducted mostly in and around Conroe, Texas, a small suburban city not far from Houston that, in 2000, was the site of a particularly senseless triple homicide. Two teenagers apparently coveted a red Camaro, and so murdered its middle-aged owner as she baked cookies at her gated-community home (video from the crime scene also eerily shows the TV still on); soon after, they killed her teenage son and a friend. One of those convicted for the crime, Michael Perry, was sentenced to death for killing 50-year-old Sandra Stotler, while the other, Jason Burkett, received a 40-year prison sentence for killing the two young men. Herzog interviews the former eight days before his execution, and states firmly that he doesn‚Äôt believe in the death penalty before retreating to the background for most of the remainder of the film. Before the camera, the 28-year-old Perry maintains his innocence. Burkett seems to think he got a raw deal as well; his wife, Melyssa Thompson-Burkett, who met him after his imprisonment and is pregnant with his child during her interview here, corroborates this.

Herzog hears the inmates out, also interviewing Burkett‚Äôs long-incarcerated father, Delbert, and sketching out the rough-and-tumble Conroe life the two young convicts had fallen into, in an effort to better understand why they are where they are, not to exonerate them. The director seems invested in humanizing the improbably still aw-shucks-y Perry to point up the awful finality of capital punishment, but the documentary‚Äôs most wrenching testimonial comes from Lisa Stotler-Balloun, still struggling to cope with losing her mother and brother more than a decade ago. She tells of feeling an indescribable relief after witnessing Perry‚Äôs eventual execution firsthand. Her story stands in stark contrast, though, to that of Fred Allen, a former guard at Huntsville‚Äôs death house who found himself suddenly unable to perform his normal duties after the 1998 lethal injection of Karla Faye Tucker. Herzog is much more interested in gathering intensely personal responses to the death penalty than in any form of editorializing‚Äîbut one might well draw from the film‚Äôs crime-and-its-aftermath structure that in its killing of certain convicted criminals the state of Texas only winds up countering barbarity with more barbarity.

All throughout, there is a general absence of scenic diversions or incongruous sights, which have long been Herzog‚Äôs stock-in-trade‚Äîthere‚Äôs just enough touring around Conroe to register its considerable class divide. If his previous documentaries mostly depicted natural scientists studying the few still-pristine corners of the globe, Into the Abyss surveys, especially in its first section, which details the crime, a landscape already made over by man; even the overgrown sites that Herzog tours with a police officer‚Äîa trash-strewn artificial lake, and a brush thicket where two of the bodies were dumped, now partially cleared away to make room for a large house and driveway‚Äîbetray human interference. Herzog himself occasionally obsesses over throwaway details (the fate of the Camaro following the murders piques his interest), but there is little else to distract from the director‚Äôs deep consideration of people‚Äîthe origins of their impulses of greed and retribution, and the ways in which we choose to process those dark tendencies as individuals and as a society, if we choose to do so at all. The film confronts its voids, those of human mortality and active denial (on the part of those affected by the crime as well as, perhaps, the convicted perpetrators), with a startling urgency and sobriety absent from Herzog‚Äôs other recent gazes into the abyss of human understanding.