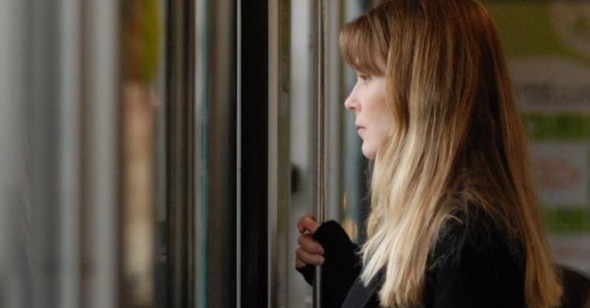 A Safe Place
by Michael Koresky

At this point, it‚Äôs safe to say Fran√ßois Ozon is clearly neither the rabble-rousing enfant terrible he first seemed nor the stealth subversive mainstream filmmaker he might have evolved into. After grabbing the attention of a late-Nineties film world starved for a formidable European art cinema with such haute shockers as See the Sea (which offered a toxic equation of murder and motherhood), Sitcom (incest, leather, and erections, oh my!), and Criminal Lovers (a bondage-and-gay-rape Hansel and Gretel), not to mention the rigorous Fassbinder adaptation Water Drops on Burning Rocks (a seeming announcement of intentions if there ever was one), Ozon subtly shifted to middlebrow art-house mode. The transition was at first elegant, as 2001‚Äôs Under the Sand, though an accessible character study of a middle-class professor rebuilding her life after her husband‚Äôs inexplicable disappearance, seemed a provocative extension of See the Sea‚Äôs profoundly unsettling social rupture.

In retrospect, however, Under the Sand strikes most resonantly as a revitalization of the career of Charlotte Rampling, especially in light of the actress-centric sagas Ozon has churned out in its wake: Rampling, that stoic lioness, reappeared in the specialty-theater summer hit Swimming Pool; Valeria Bruni Tedeschi chewed the scenery from a marriage in 5 x 2; Alexandra Lamy was adored in close-up in the fantastical domestic whatsit Ricky; and of course, who could forget 8 Women, which self-consciously traded on the charms of an octet of established grand dames, including, naturally, Catherine Deneuve, Isabelle Huppert, and Emmanuelle B√©art? That meta melodrama, complete with Demy-aping musical interludes, should have perhaps set off the loudest warning bell, but residual good will at the time led many to believe it another experiment rather than a rabid audience courter. One thing was clear: the boy who loved to piss everyone off was now wrapping his audience in a big Gallic hug, perfectly safe for art-house export.

Though Ozon‚Äôs recent films are not all as ensconced in catalogue-ready d√©cor as Under the Sand (Ricky wore its working-class heart on its sleeve, however unpersuasively), they‚Äôve become as visually palatable as they are emotionally accessible, even Time to Leave, which, despite explicit gay love scenes, ends up a platitudinous cancer movie. As his latest film to open stateside, Le Refuge, begins, the promise of that old Ozon dread hangs in the air‚ÄĒeven if we‚Äôre instantly situated in a grandly spacious Parisian apartment. As it turns out, the two characters we meet there‚ÄĒMousse (Isabelle Carr√©) and Louis (Melvil Poupaud)‚ÄĒare squatting; sprawled on a mattress on the floor, these two wastrels and clear former beauties, are deep in a drugged twilight. After their latest heroin fix, cut with valium, arrives from a deathly messenger (Emile Berling, that handsome kid with the ghostly pallor from A Christmas Tale), everything collapses, and not just their veins: Louis falls into his lover‚Äôs arms for one last time.

Poupaud is center frame for this first brief movement, a prologue really. Once again, as in Time to Leave, Ozon has made the actor‚Äôs sublime handsomeness into a cadaverous shadow. The actor‚Äôs natural gauntness, always on the verge of tipping over into the sickly, is exploited for maximum impact: sensual lips turned into flesh seemingly drooping off his mouth, penetrating black eyes turned inward and hollow. Though Louis dies (unromantically, face down in the floor, body raised in a seeming defiance of gravity), Poupaud‚Äôs ruined beauty haunts the rest of the film, a lost perfection never to be regained. Even if Ozon shows a strict, painful attention to the meat and gristle of these addicts‚Äô final moments in this passage (needles entering flesh, bruised arms, slack-jawed, drooling stares), there‚Äôs still nothing authentic in his depiction. Perhaps it‚Äôs the white-backgrounded dreams of happier, healthier days that punctuate these dark scenes, or the annoying guitar noodling on the soundtrack ripped right from the indie-film playbook. Either way, this dank, melancholy opening is simply preface for the story of‚ÄĒwhat else?‚ÄĒa young woman‚Äôs gradual, but only cautiously optimistic coming into her own.

Mousse survives, and with Louis‚Äôs baby tucked inside her like some sort of bad joke gift. Louis‚Äôs enormously wealthy family blames her for their once golden boy‚Äôs demise, and though it‚Äôs not hard to understand their myopic wrath (she does wear a natty leopard fur to the funeral, after all), their insistence that she get rid of the child growing inside her provides the emotional opposition that Mousse needs. Switching to methadone in an attempt to kick the habit, she retreats to an idyllic country house that belongs to a former sexual acquaintance, her belly growing ever more distended. Soon, Louis‚Äôs soft-spoken‚ÄĒand nearly as movie-star handsome‚ÄĒbrother Paul (Louis-Ronan Choisy) joins her in her summer sojourn, a quiet disruption that initially perturbs the recovering addict. Though Paul‚Äôs presence (and glistening, tanned beach body) reminds her too much of Louis, the two ultimately, predictably, forge a lasting friendship, one that provides Mousse with a baby back-up plan (if J. Lo can forgive the phrasing).

Of course, Ozon orchestrates all of this with the utmost taste, from Mousse‚Äôs surprisingly smooth recovery and pregnancy to Paul‚Äôs discreetly filmed tryst with a plain local deliveryman, Serge (Pierre Louis-Calixte). The film takes slightly preposterous turns, but as melodrama it‚Äôs always easy to swallow. Le Refuge lights up with a maternal glow. Ozon‚Äôs adoration with women hits full stride here, as his camera lovingly caresses the fullness of pregnant actress Carr√©. Though in her hands, Mousse‚Äôs anger often comes across as mere petulance and she shuttles rather unconvincingly between contentment and anxiety, Carr√© is well utilized at least for the figure she cuts‚ÄĒit‚Äôs a relief to not have to scan the screen for the prosthetic glue on her stomach. With that baby bump front and center the film turns out to be a paean to motherhood as much as it is another in a long line of Ozon dramas about unconventional, makeshift families.

Ozon‚Äôs affection for emoting actresses is nearly matched by his fondness for pretty boys, and while he‚Äôs certainly found a lovely one in Choisy, the nonprofessional actor‚Äôs poise and elegance often seems an affectation. Paul‚Äôs too-good-to-be-trueness, compounded in a climactic romantic moment, extends from his looks to his good nature (though somewhat a pariah in his family, one assumes for his sexuality) to his musical talents. The constructedness of the character is perfectly reflected in the nagging little tune he keeps hammering out on the piano. It‚Äôs a ‚Äúsong we sang as kids,‚ÄĚ Paul claims, but this quite contemporary-sounding tune is clearly a newly written piece of pop schmaltz, replete with banal lyrics, naturally segueing into Choisy‚Äôs dully graceful score. Ultimately, Le Refuge is as sickly sweet as Paul‚Äôs song; Ozon aims for soap operatics but ends up with a forgettable radio tune.